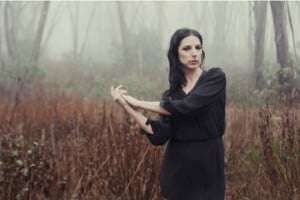 The annual traditional clash between the Rockdogs and Triple R 102.7FM / PBS 106.7FM Megahertz will be fought out at Elsternwick Park on Sunday 21st June and this year’s theme of ‘Feel’n Kinda Sporty’ is based on the mid 90s song by Melbourne band Dave Graney & The Coral Snakes. It pays homage to the fact that Melbourne prides itself as one of the music and sporting capitals of the world. The town’s devotion to football is of religious proportions, and the Reclink Community Cup is as much loved by sports loving fans, as it is by fun loving and music loving patrons alike. It has been proudly grass roots from its very inception twenty one years ago, annually promoting an all inclusive fun day out regardless if you are one devoted to the mighty Sherrin or not. 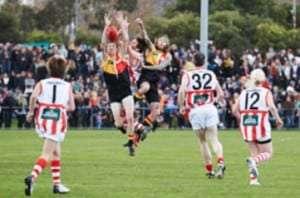 And speaking of the music fans who attend, they will be suitably impressed as one of Australia’s most revered musicians Adalita, lead singer of Magic Dirt for over two decades (as long as the Cup has been running), will be performing with her powerhouse band comprising of Lewis Boyle, Matt Bailey and Dan McKay as the very first musical act on the bill to be revealed. No stranger to the event, she performed with her band Magic Dirt in 2004 at the old venue of Junction Oval St Kilda sharing the bill with Paul Kelly and TISM that year. Adalita is a perfect fit for the community event given her staunch pride in being an independent artist and campaigner for community and social justice issues, such as PETA etc. Many fans of Reclink Community Cup will have grown up with her music, watched her evolve from the freeform distortion-drenched darkness in the 90s, to the confident poised rock’n’roll outfit she now is. New fans from a younger generation have realised her musical prowess, exploring her solo work released under her own name, which is dynamic and introspective. Her appearance at the event, will be highly anticipated as her live shows are always solid and mesmerising. Stay tuned for more details of other artists who will perform on Sunday 21st June. 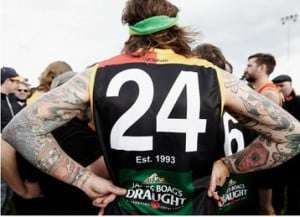 The footy match between the community broadcasters and the Melbourne rock fraternity of course remains the centre piece of the day, and indeed the entire day promises to be huge. Preparations are well under- way to make this family friendly fun day out, one for all Melburnians to embrace, and to carry on a tradition that has now been occurring for the past twenty one years. From what started out as a humble Australian football (AFL) match amongst the music fraternity, it is today an event which last year saw over $100,000 raised and well over 10,000 attend. Today the Reclink Community Cup is very much part of the Melbourne music and sporting event calendar.

The event will raise funds for Reclink Australia, who use sport and the arts to enhance the lives of people experiencing disadvantage and targets some of the community’s most vulnerable and isolated people – those experiencing mental illness, disability, homelessness, substance abuse, addiction, and social and economic hardship. With a network of over 300 member agencies around the country, Reclink Australia encourages participation in physical activity in a population group under-represented in mainstream sport, recreational programs and associations. In the past 12 months Reclink Australia provided more than 100,000 individual opportunities to participate in over 10,000 sport and arts activities around the country.

Food and beverages available on the day; Lots of kids activities. Entry is $15 for adults; $5 for children under 16. Stay tuned for more details.

Reminiscing about events first attended over fifteen years ago can be fraught with vagueness and inaccuracy. All I remember about my first community cup was that it was freezing cold, cold beer was on offer, […]

Tegan Voltaire, The Voltaire Twins
Melbourne. Nowhere else is as great as Melbourne.
Brat Farrar
Alice likes the Google. Sime likes taxidermy. It’s a pretty happening scene.
Sweet Jean
Local bands at sticky carpet venues. Vinyl. Social networking. Keeping healthy in order to play full throttle live sets. Loud rehearsals. Good people with creative ideas. PRIMITIVE ROCK.
Jon S Williams of City of Cool
The TV show “Full House
World Wild
That’s a hard one, although I do love anything electronic with an indie-pop feel!
Franki
My scene is finding any excuse to dance with my 2 year old daughter Ruby.
Matthew Hardy, Comedian
Yass KFC
Simon, Loon Lake
Hiking a 14K foot mountain in Colorado
Cole Washburn
It’s Thonbury. It’s my dreaming. I’ve lived here 30 years and it’s evolved with me. The more I drink wine, the more wine bars appear in the neighbourhood. The more I eat, the more cafes appear in the neighbourhood. Fantastic.
Denise Scott, Comedian
Quirky cabaret bars that serve a mean G&T and boast a stellar cocktail list..which is why you’ll always find me returning to The Butterfly Club! I also love the buzz of a Fringe or Cabaret Festival, or a smart Opening Night. Any excuse for a dress up, really!
Amelia Ryan, Lady Liberty
What’s my scene? well…
And another thing I’ve been wondering lately
Oh, baby,
Tell me where have you been?
Now the stage is set
Where’s my Juliet, baby?
Is it maybe
My Midsummer Night’s Dream?
What’s my scene?
Clowns
Leadfinger is a very strange band, hard to define, but we are free.
Stew, Leadfinger
I love being on a little boat near home in South West Victoria with a fishing line in the water, the Sun coming up or going down. I also love walking the streets of Melbourne or Manhattan or many of the beautiful towns and villages of Ireland or anywhere. My partner and my family are central to it all. I also love being in the midst of a great music session, anywhere, anytime, being transported into the soul of the Universe.
Shane Howard
All the kids who weren’t cool at school and still aren’t. Those people who didn’t manage to become awesome artists and uber hip performers. The raggy dolls who never found a way to make their raggy doll-ness work for them.
Jonathon Duffy
My bedroom
Nantes
Book clubs, philosophy and extreme black metal
Elsen Price