Written and directed by Mathilde Nocquet, the music video is a quirky cooking lesson hosted by a young, beautiful and  totally psychotic housewife.  With it’s bright colours, retro feel and wacky bourgeois style, the film will bring you into a world of craziness leading by offbeat humour. Frenchy film director Mathilde Nocquet brings the sydney outfit’s playful new single ‘PREY’ to life, seducing the viewers with her unique flair and sassy sense of humour.

“The song was inspired by a book on unique predatory animals. Upon learning about the strange behaviours used by these animals to attract their prey, I felt I could relate to the animals in the book that had become victims to a cleverly, deceptive predator.  The concept for the video comes from the inspiration for the song; The food chain. We wanted to put a twist on the universal pecking order and capture the mercilessness of the ultimate predator; humans”.  Rebecca Callander  RACKETT

“Alongside the shrugged casualness of the brutality, the song itself bubbles with an equal swaying, smiling innocence, as poignant, poetic lines (“in your arms, I’m in your web”) are masked by a sickly sweet delivery”. – ROLLINGSTONE

2017 has been a whirlwind start for the experimental, pop-punk outfit from Sydney, having completed a run of support shows for THE DARKNESS (UK) as part of their Australian Tour, appeared at Secret Garden Festival, The Blurst of Times, Mountain Sounds Festival, Electric Lady as well as selling out their ‘Ready or Not’ single launch. Constantly performing, the band have developed an adventurous live show described by the The Music as ‘It’s intense, it’s magical’. PREY is the third single to drop from RACKETT’s debut EP ‘Ready or Not’, scheduled for release in late 2017. [pullquote]“Rackett have tunes, talent and attitude to burn and are exactly the kind of band I’m thrilled to share the stage with.” Ella Hooper[/pullquote] With their new single ‘PREY’ enjoying spins on Triple J, rotation on Triple J Unearthed, FBI and a slew of acclaimed reviews the band are ready to hit the road for a string of shows including support to none other than Aussie faves Killing Heidi.

RACKETT will also be featured as the face of General Pants fall/winter collection 2017. 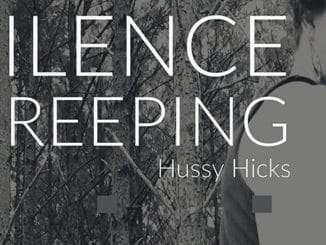