Today we received the sad news that Glen Campbell has passed away aged 81. Campbell had been battling Alzheimer’s disease. The statement from the family:

It is with the heaviest of hearts that we announce the passing of our beloved husband, father, grandfather, and legendary singer and guitarist, Glen Travis Campbell, at the age of 81, following his long and courageous battle with Alzheimer’s disease.

Glen is survived by his wife, Kim Campbell of Nashville, TN; their three children, Cal, Shannon and Ashley; his children from previous marriages, Debby, Kelli, Travis, Kane, and Dillon; ten grandchildren, great- and great-great-grandchildren; sisters Barbara, Sandra, and Jane; and brothers John Wallace “Shorty” and Gerald.
In lieu of flowers, donations for Alzheimer’s research may be made to the Glen Campbell Memorial Fund at BrightFocus Foundation through the donation page at Careliving.org.

Glen’s last video was recently released as a special goodbye from his family. It follows the journey of his guitar across the country fro Nashville to California. Have a look at “Adios”.

Scene News: This evening is your evening with Jimmy Webb, at Melbourne Recital Centre! 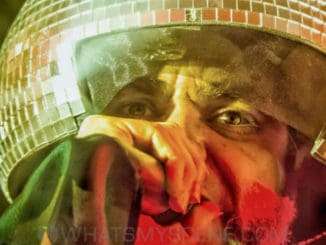