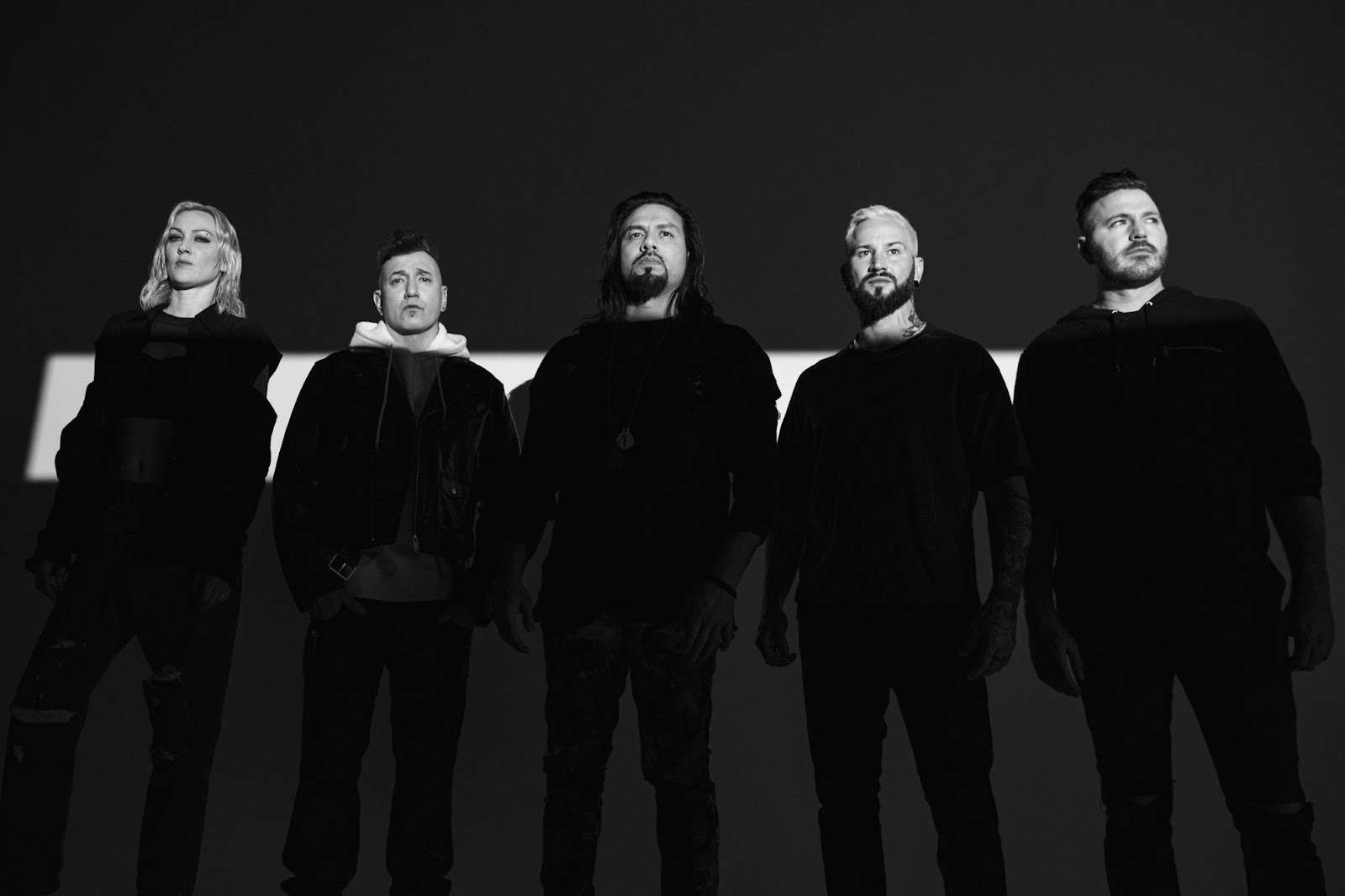 The concept and instrumentals for ‘Dead Reckoning’ were brought to the table by bassist, Joey “Chicago” Walser and co-written with singer, Leigh Kakaty. The producer of Skeletons, Drew Fulk (WZRD BLD), heard the demo and immediately suggested that Ryan Kirby from Fit for a King would be the perfect fit for a vocal collaboration. In describing the song, the band said, “’Dead Reckoning’ is about a clear and unwavering decision a person makes within themselves.”

The 11 tracks include the already released single, ‘Eye of the Storm,’ which landed at the #5 Most Played Song in 2022 on Billboard’s Mainstream Rock Chart, and the most recent single, ‘Paranoid (Crash & Burn).’ The album also includes guest performers such as Blake Allison from Devour the Day providing guest vocals on ‘Wrong Direction.’

In discussing the album, frontman Leigh Kakaty said, “This is about us as a band stripping everything down to the bones. It’s more uptempo, it’s got bigger riffs, and we’re trying to capture the energy of our live show.”

“But it’s also a positive message,” he adds. “I know it’s a morbid visual, but behind every skeleton, there’s a story and something worth talking about. Overall, it’s about looking at something in a positive way. And I’m excited for everyone to hear that.”

Skeletons see the band once again working with producer WZRD BLD (Disturbed, Papa Roach, Motionless in White), a friend and collaborator on a few previous albums that generated # hits. “With ‘Versatile,’ we had a bunch of producers, but for this album, we just wanted to work with one person and get back to our roots,” says Kakaty. “There’s an energy he and I have, and he’s been great at helping us build these songs and work around some collective themes.” 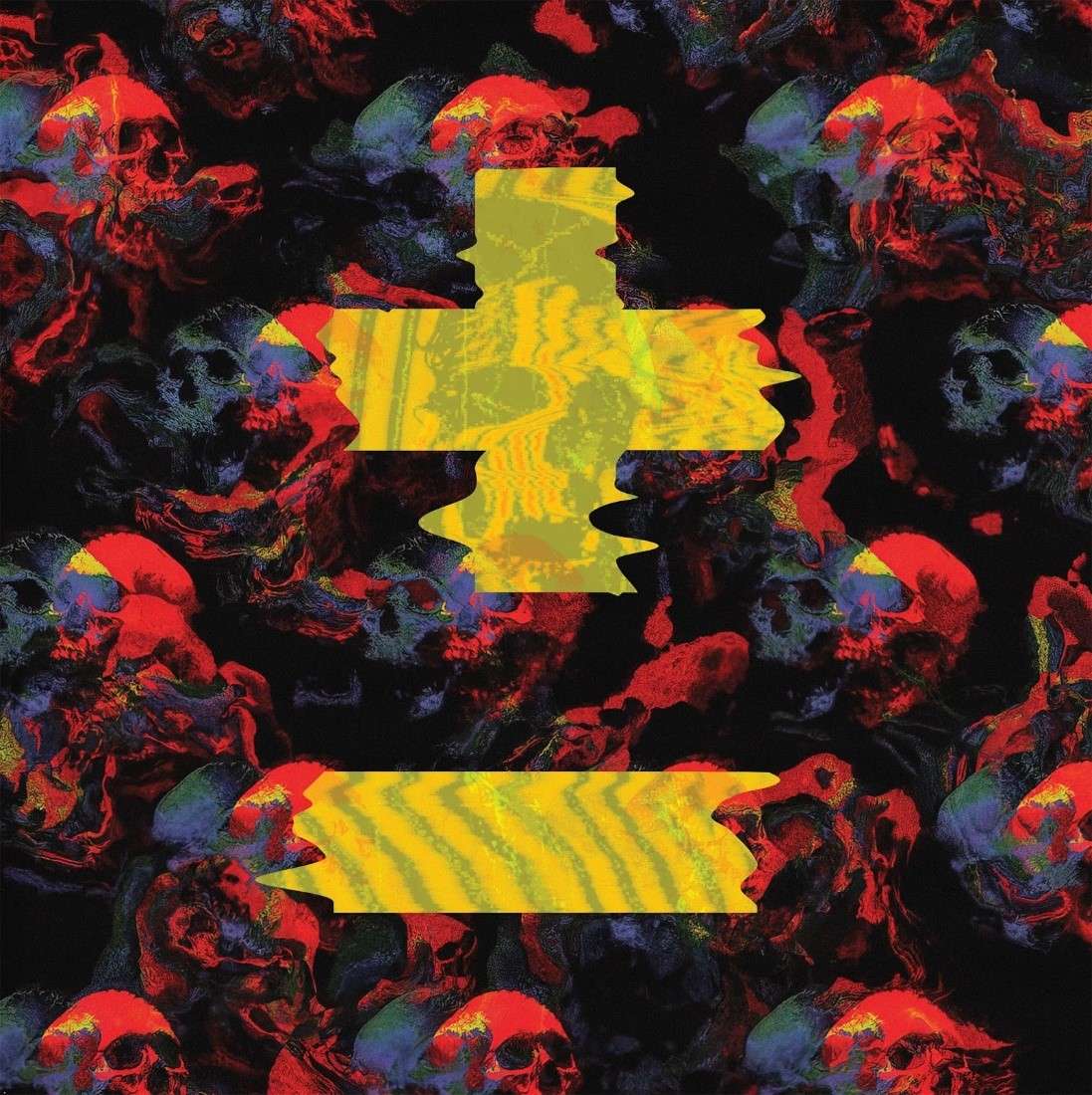 8. Who Will We Become

Their 2011 album, War of Angels debuted at #8 on Billboard Top Rock Albums with three singles landing on Billboard’s Mainstream Rock Top 10 including ‘Last Man Standing’, ‘Monster You Made’ and ‘Boss’s Daughter.’ The momentum continued with their 2013 album Onyx, landing them on the Top 40 of the Billboard 200 for the first time, plus it was #9 on the Billboard Independent Albums in America and #25 on the Billboard 200. The album included three #1 Billboard Mainstream Rock singles, ‘Trenches’, ‘Deal with the Devil’ and ‘Torn to Pieces.’ In 2015, the band released their album, UP, which would make its way to #1 on Billboard Independent Albums, with four Top 5 Billboard Singles such as ‘Ways to Get High,’ ‘Take It All,’ and ‘If Only for Now’. The hit single ‘Footsteps’ is still one of the biggest songs to date and returned Pop Evil to Billboard’s #1 spot for four weeks.  Their 2018 self-titled album landed three singles on Billboard Mainstream Rock, ‘Waking Lions’ at #1 with ‘Be Legendary’ peaking at #2, and ‘A Crime to Remember’ peaking at #7.

op Evil’s last #1 single include ‘Survivor,’ which also topped Billboard’s Mainstream Rock Chart in late 2021, joining previous Top 10 single ‘Work,’ and #1 single ‘Breathe Again,’ from their album VERSATILE, out now via MNRK Heavy. Over the course of their career, the band has achieved four gold singles with ‘Torn to Pieces,’ and ‘Trenches’ from Onyx, ‘Footsteps’ from UP, and, ‘100 in a 55’ from their debut studio album, Lipstick on the Mirror.

Q&A by Brendan Etherington Tell us about your new single/ album/ tour?  Our new single is called Temptation and was produced by Lindsay Gravina. He’s worked with so many great aussie rock acts (The Living […]

Pop punk queens RACKETT have unveiled their twisted 60’s cookbook meet silence of the lambs esc video.   Written and directed by Mathilde Nocquet, the music video is a quirky cooking lesson hosted by a […]

Tegan Voltaire, The Voltaire Twins
I have no idea what my scene is; I have been listening to Dubstep and a bit of Drum N Bass. I found a lot of Hip Hop and RnB stuff is getting very interesting again it is pushing different sounds out. I’ve been really into cycling since the early ‘90s; racing mountain bikes and racing road bikes. So between cycling and music there is not much time left, a bit of sleep now and again.
Mike Edwards, Jesus Jones
Our gigs have an air of danger and sex. Beautiful women are free to express themselves and are as dangerous as hell. Everybody can have a good time ’cos there’s a lot of love in the room and we just can’t help but stomp out that primeval swamp boogie ooze.
Chris Russell’s Chicken Walk
Well I’m still looking for my scene, and I think I might have found it. Between the pages of What’s My Scene Magazine.
Dave Faulkner, Hoodoo Gurus
Beer, riffs, good people, good food and new adventures, anywhere those things exist, that’s my scene!
Andy, Don Fernando
I like to be out in the nature, to get away. Go to the woods. My dad lives in the woods. Maybe once or twice a year I don’t have phone reception there is no Wi-Fi
Fredrik Åkesson, Opeth
Leadfinger is a very strange band, hard to define, but we are free.
Stew, Leadfinger
Hot, hot lovers
Luke Monks, Gay Paris
Sitting in the sun, in a nice chair, with a good book.
James Reyne
It’s beards.
Nathaniel Beard, The Beards
Art is my scene. No labels, restrictions or judgement. I love art in all it’s varied glory.
The Last 5 Queers
Going to the river on sunny afternoons with the blow up dingys and resting your beers on lily pads.
The Frowning Clouds
If you’re a Max Chillington then you’re our scene.
Gunslingers
I don’t wish to belong to any scene that would have me as a member (with thanks to Groucho Marx).
Bob Spencer, Raw Brit
Book clubs, philosophy and extreme black metal
Elsen Price
The dog park’s pretty good. I have a couple of miniature pinchers. And they’re the loves of my life. I take them for walks to the dog park; I’ve got a Harley Davidson I ride around. It’s not too exciting. It used to be sex, drugs and rock n roll; now I walk my dogs.
Stan Lee, The Dickies
The Astor Theatre on chapel st. Old cinema with copious amounts of atmosphere playing classic films (Chaplin, Gene Kelly, Kubrick, etc) and me with a honeycomb choc top spilt on my Tshirt because that’s just how I roll.
Jude Perl, Comedian
When I’m not working in the studio or doing shows I’m at home with my partner and our baby so I guess they are my scene.
Way of the Eagle
Tunes, mates, and honesty. No dickhead policy!
Buddha In A Chocolate Box
I think my style is more just making cameos in everyone else’s scene.
Mojo Juju
I will continue the continuum, singing my Songline.
Kutcha Edwards
Act III, Scene VI of King Lear. A tense and gripping scene wherein the ageing king informs his three daughters that they have all been accepted as contestants on Family Feud.
Ben Pobjie, comedian