Cooley is always pushing the boundaries of what the guitar can do, and he needs an instrument that can keep up with his creativity and technique. “A good friend of mine turned me on to Ormsby guitars and I was immediately intrigued,” Cooley says. “The guitar played great and had a very cutting-edge and innovative look. After speaking with Perry I knew this was the right move for me. Finally a guitar builder with the vision to go where no-one else has ever been, and the balls to do it!”

“Rusty and I are on the same wavelength when it comes to pushing the boundaries of guitar design,” luthier Perry Ormsby says. “When we began designing Rusty’s new guitar, we spent hours on Skype discussing everything from upper fret access to headstock shape to the perfect control location, to shared inspirations like Randy Rhoads. This is an instrument that really captures the excitement and passion of both playing and making guitars.” [pullquote]“I’ve always likened my guitars to high-performance cars like a Lamborghini, but what we’re working with now is clearly alien technology,” Cooley says.[/pullquote] A Rusty Cooley signature model electric guitar is in the works which not only meets Rusty’s demand for the ultimate in upper fret access; it exceeds it by providing completely unrestricted access all the way up to the 27th fret. This 7-string instrument features 26.5” to 27.5” multiscale, Floyd Rose Pro 7 vibrato, partially-scalloped frets, glow-in-the-dark fretboard inlays and a unique Ormsby-designed, angled locking nut. 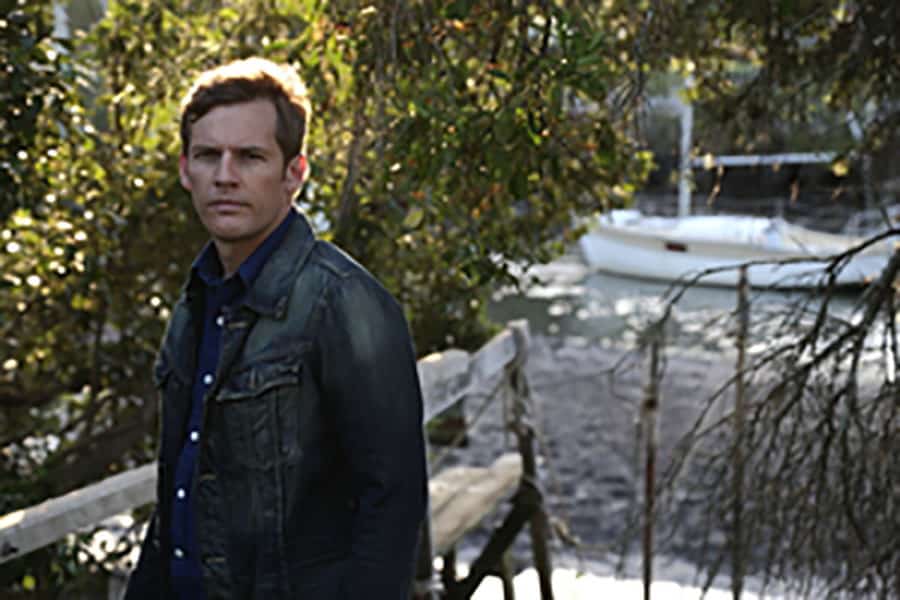 I’m in with the Out-Crowd
Dave Warner
I just do my best to live a life full of the things I love. Rock’n’roll, photography, New York City – they are three things right there that I love a lot!
Paul Miles

Currently its the Yarra River Trail I’m walking along. Generally my scene would be Melbourne. Nothing feels or compares to home.
Simon McConnell, The Delta Riggs
If you’re a Max Chillington then you’re our scene.
Gunslingers

The car wash scene from Cool Hand Luke will do just fine thank you.
Old Gray Mule
Anywhere there is good company, great conversation, and a glass of red.
Helen Perris

I like to think that I belong to the head-strong Independent Music Scene – where we – musos and audience and everyone in between – all make gigs/tours, recordings, releases happen for ourselves and work our arses off to keep it going for the rest of our lives – all for the love of Music!
Florelie Escano
Hot, hot lovers
Luke Monks, Gay Paris

When I’m not working in the studio or doing shows I’m at home with my partner and our baby so I guess they are my scene.
Way of the Eagle
“Malcolm Hill is a lifetime member of the Melbourne Music Mafia and part of the ratpack of post punk Melbourne artists who have been keepin’ it real across diverse art forms for thirty years.”
Malcolm Hill