Ormsby Guitars, a pioneer in multiscale electric guitars, announces the addition of legendary metal guitarist Dino Cazares to its family of artists. 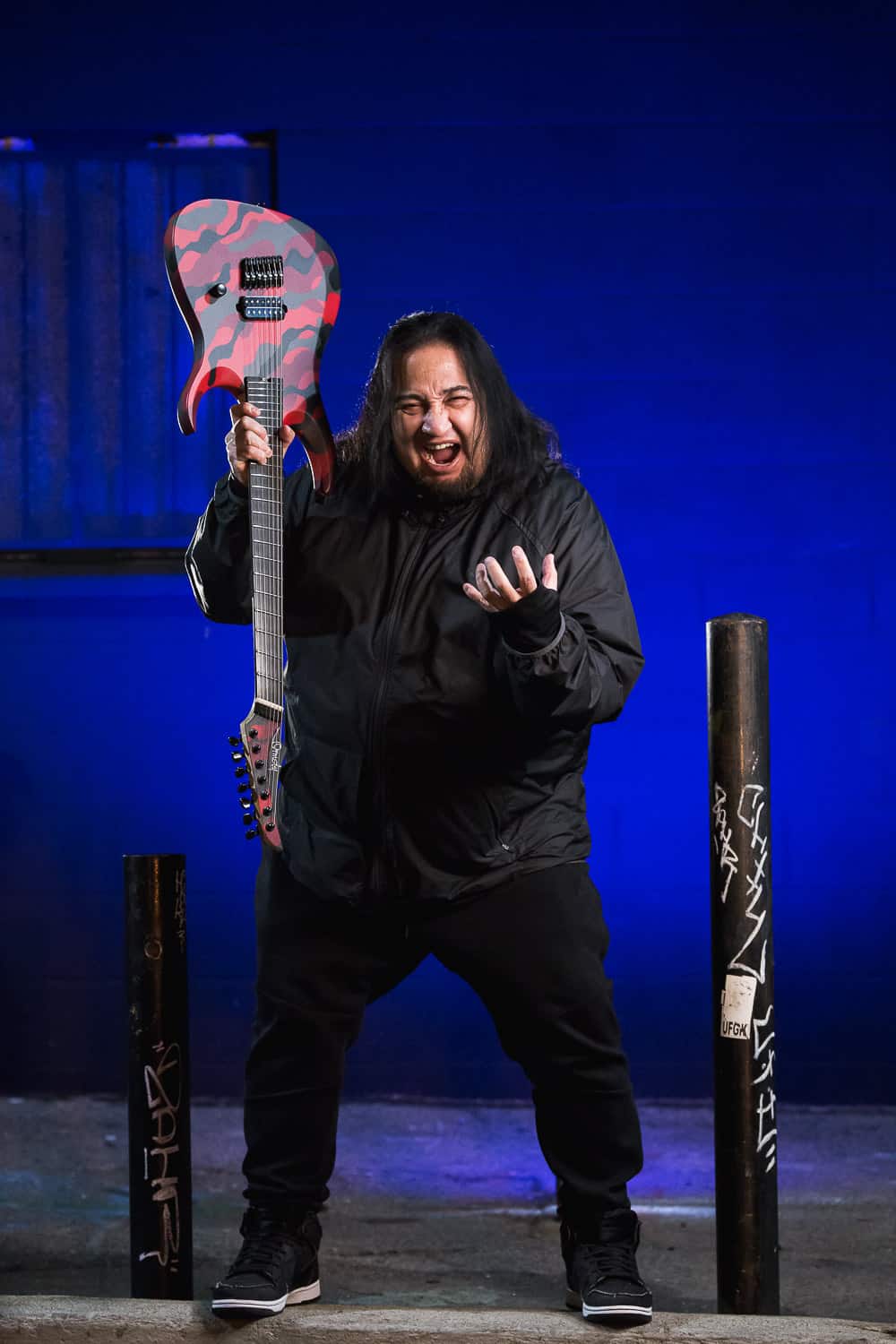 You know Dino from Fear Factory, Asesino, Divine Heresy and Brujeria, and from posessing one of the fastest and most precise picking hands in metal history. Dino requires a guitar that can keep up with his ferocious picking without losing his distinctive clarity and wallop. A Dino Cazares signature model is in the works which will be available in production GTR and handmade Australian Custom Shop versions.

“I’m proud to be a part of a innovative company that’s not afraid of pushing the boundaries in multiscale and standard scale guitar craftsmanship,” Dino says. “I look forward to the seeing our collaboration takes us and offering it to the world. The future is ours!”

“I’m a longtime fan of Dino,” luthier Perry Ormsby says. “We hit it off as friends a few NAMMs ago and we’ve kept in touch. Eventually we realised we were really on the same page in terms of the evolution of guitar design and technology.”

Dino Cazares’ signature Ormsby model is in development for a 2019 release.

NOW this is going to be an unusual musical collaboration. Old punks The Painters And Dockers have invited their pals the Burundian Traditional Dance Troupe to join them at a pub show at Max Watts […]

We’re pretty excited about the reformation of the Femmes and now that they’ve announced an Australian tour for next year we can’t wait. Keep an eye on their Twitter account for info about the tour […]

Ormsby Guitars, a pioneer in multiscale electric guitars, welcomes guitar virtuoso Rusty Cooley to its family of artists. Cooley is always pushing the boundaries of what the guitar can do, and he needs an instrument […]

My scene is driving fast cars and shooting guns.
Ace Frehley
Tunes, mates, and honesty. No dickhead policy!
Buddha In A Chocolate Box
Any scene with Al Swearangen & Mr. Wu from the show Deadwood ;)
Mathas

Right now it’s a room with no lights on. An unmade bed. A laptop with 9% battery and a mosquito that just refuses to die.
Dave Larkin, Dallas Crane
Book clubs, philosophy and extreme black metal
Elsen Price

Going to the river on sunny afternoons with the blow up dingys and resting your beers on lily pads.
The Frowning Clouds
Wherever there is music is where I feel most at home
Toby Robinson

When I’m not working in the studio or doing shows I’m at home with my partner and our baby so I guess they are my scene.
Way of the Eagle
I like to be out in the nature, to get away. Go to the woods. My dad lives in the woods. Maybe once or twice a year I don’t have phone reception there is no Wi-Fi
Fredrik Åkesson, Opeth

I like to think that I belong to the head-strong Independent Music Scene – where we – musos and audience and everyone in between – all make gigs/tours, recordings, releases happen for ourselves and work our arses off to keep it going for the rest of our lives – all for the love of Music!
Florelie Escano
Well these days my scene tends to revolve around my computer and being nudged by my dog to take her out for a walk. And then having my wife shout at me for spending time on my computer. I’m loving it actually. I’m quite relishing that scene. I miss them both very much.
Peter Hook, Joy Division/New Order/The Light

I love being on a little boat near home in South West Victoria with a fishing line in the water, the Sun coming up or going down. I also love walking the streets of Melbourne or Manhattan or many of the beautiful towns and villages of Ireland or anywhere. My partner and my family are central to it all. I also love being in the midst of a great music session, anywhere, anytime, being transported into the soul of the Universe.
Shane Howard
I’m in with the Out-Crowd
Dave Warner
Well I’m still looking for my scene, and I think I might have found it. Between the pages of What’s My Scene Magazine.
Dave Faulkner, Hoodoo Gurus
Melbourne. Nowhere else is as great as Melbourne.
Brat Farrar

Leadfinger is a very strange band, hard to define, but we are free.
Stew, Leadfinger
Fuck the Fucking Scene question! xo
Fuck The Fitzroy Doom Scene