The Black Sorrows continue to be one of Australia’s most enduring touring bands.

From humble beginnings playing inner-city cafes around Melbourne and selling albums from the boot of a car, Joe Camilleri transformed the band into one of the most sophisticated ensembles in the country.

For 30 years, the glorious voices of Vika and Linda Bull have comprised one of the most distinctive, versatile and emotionally charged sounds on the Australian music landscape.

Their invitation to join Joe Camilleri’s Black Sorrows ushered in the band’s most successful era: Hold Onto Me, Harley and Rose and Better Times were all triple-platinum albums between ’88 and ’92, and the sisters’ prominent vocals captivated massive audiences, here and worldwide.

To see out a fantastic 2017 MEMO Music Hall presents The Black Sorrows with Vika and Linda Bull.

“A classic music hall being used to its best” – MEMO holds a very special place in the Melbourne music scene and is described by Kate Ceberano as her favourite venue to perform in.

News Year’s Eve at MEMO, featuring The Black Sorrows with Vika and Linda Bull will be a very special night. 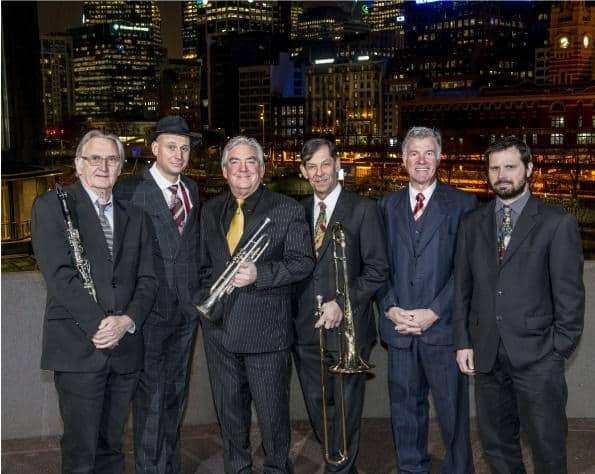 Going to the river on sunny afternoons with the blow up dingys and resting your beers on lily pads.
The Frowning Clouds
Ep. 1 Series 3 of BBC’s ’Sherlock’ where Sherlock bungee jumps through a window and kisses Molly Hooper.
Miss Adelaide Everheart from Early Burley Burlesque

Cool small bars with good food, good wine, good company
The Backsliders
Art is my scene. No labels, restrictions or judgement. I love art in all it’s varied glory.
The Last 5 Queers

Currently its the Yarra River Trail I’m walking along. Generally my scene would be Melbourne. Nothing feels or compares to home.
Simon McConnell, The Delta Riggs
Book clubs, philosophy and extreme black metal
Elsen Price

When I’m not working in the studio or doing shows I’m at home with my partner and our baby so I guess they are my scene.
Way of the Eagle
All of the above and more in my shed every Friday night
Hound

I love being on a little boat near home in South West Victoria with a fishing line in the water, the Sun coming up or going down. I also love walking the streets of Melbourne or Manhattan or many of the beautiful towns and villages of Ireland or anywhere. My partner and my family are central to it all. I also love being in the midst of a great music session, anywhere, anytime, being transported into the soul of the Universe.
Shane Howard
“Malcolm Hill is a lifetime member of the Melbourne Music Mafia and part of the ratpack of post punk Melbourne artists who have been keepin’ it real across diverse art forms for thirty years.”
Malcolm Hill

Act III, Scene VI of King Lear. A tense and gripping scene wherein the ageing king informs his three daughters that they have all been accepted as contestants on Family Feud.
Ben Pobjie, comedian
All the wandering. The bastards and the angels. The sound of the rain and the pains of the heart. The silence. All the houses and all the rooms. All the keys and phones.
Raised By Eagles