American songstress Neko Case will perform at the Port Fairy Folk Festival in March 2019. Fresh off the back of her 2018 release Hell-On, Case will play two shows at the annual festival plus an intimate performance as part of the Women Out Loud event.

From small town punk groups to country music supergroups, to her time with indie rock group The New Pornographers followed by her award-winning solo career, Neko Case has been a permanent fixture on the international music scene for over 20 years. This March long weekend, the renowned artist will call Port Fairy her home.

Port Fairy Folk Festival are also proud to announce that dynamic indie folk duo Hollow Coves will perform at the 2019 event. Hailing from Brisbane, Hollow Coves is the product of Ryan Henderson and Matt Carins who share a love of acoustic music.

Additional artists will be announced later in 2018.

The Port Fairy Folk Festival will take place from Friday 8 to Monday 11 March 2019.

Tickets to the 2019 Port Fairy Folk Festival are available at portfairyfolkfestival.com 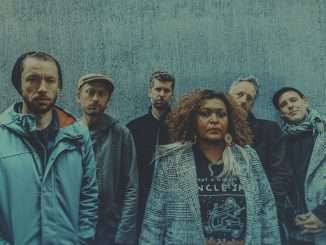 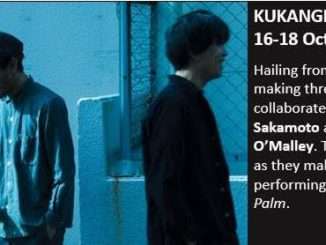 Right now it’s a room with no lights on. An unmade bed. A laptop with 9% battery and a mosquito that just refuses to die.
Dave Larkin, Dallas Crane
I like to think that I belong to the head-strong Independent Music Scene – where we – musos and audience and everyone in between – all make gigs/tours, recordings, releases happen for ourselves and work our arses off to keep it going for the rest of our lives – all for the love of Music!
Florelie Escano
My scene is at the moment Big Wongs General Tsos Chicken as I get sauce on the keys typing to you :-)
Brian Mackey

Flanelette pyjama pants.
Timberwolf
Cool small bars with good food, good wine, good company
The Backsliders
Cool venues with good beer on tap that don’t mind us getting loud and getting room grooving so hard you feel the floor shaking.
Papa G and The Starcats

I love being on a little boat near home in South West Victoria with a fishing line in the water, the Sun coming up or going down. I also love walking the streets of Melbourne or Manhattan or many of the beautiful towns and villages of Ireland or anywhere. My partner and my family are central to it all. I also love being in the midst of a great music session, anywhere, anytime, being transported into the soul of the Universe.
Shane Howard
Fuck the Fucking Scene question! xo
Fuck The Fitzroy Doom Scene

Going to the river on sunny afternoons with the blow up dingys and resting your beers on lily pads.
The Frowning Clouds
It’s a delirium, really, but I like to live like this.
Hugo Race

Tunes, mates, and honesty. No dickhead policy!
Buddha In A Chocolate Box
The dog park’s pretty good. I have a couple of miniature pinchers. And they’re the loves of my life. I take them for walks to the dog park; I’ve got a Harley Davidson I ride around. It’s not too exciting. It used to be sex, drugs and rock n roll; now I walk my dogs.
Stan Lee, The Dickies

My scene is driving fast cars and shooting guns.
Ace Frehley
I have no idea what my scene is; I have been listening to Dubstep and a bit of Drum N Bass. I found a lot of Hip Hop and RnB stuff is getting very interesting again it is pushing different sounds out. I’ve been really into cycling since the early ‘90s; racing mountain bikes and racing road bikes. So between cycling and music there is not much time left, a bit of sleep now and again.
Mike Edwards, Jesus Jones

When I’m not working in the studio or doing shows I’m at home with my partner and our baby so I guess they are my scene.
Way of the Eagle
Alice likes the Google. Sime likes taxidermy. It’s a pretty happening scene.
Sweet Jean

Currently its the Yarra River Trail I’m walking along. Generally my scene would be Melbourne. Nothing feels or compares to home.
Simon McConnell, The Delta Riggs
Well I’m still looking for my scene, and I think I might have found it. Between the pages of What’s My Scene Magazine.
Dave Faulkner, Hoodoo Gurus
Beer, riffs, good people, good food and new adventures, anywhere those things exist, that’s my scene!
Andy, Don Fernando