Australian RnB and Soul singer/songwriter, Natasha, release her first EP, ‘Sending Out A Message,’ to critical acclaim. [pullquote]Jeff Apter / Sydney Morning Herald wrote, “With echoes of Angie Stone and Jill Scott, especially with the standout track, ‘Light On’, her self released debut comes on like sweet soul music from another time and place… Kimbra should watch her back…” [/pullquote]Natasha has also enjoyed success in Japan and via U.K Soul Radio with her EP ‘Sending Out A Message.’

Natasha’s second EP, made with Super Producer Rob Fusari (Lady Gaga, Beyonce, Whitney Houston), explored different elements of the singer’s influences.  Working with the likes of Jnay Sewell, (‘Empire State of Mind’ Alicia Keys feat. Jay Z), and Andrea Martin, (Mary J. Blige, Leona Lewis, Angie Stone), ‘Into The Sun’ was a collaboration that greatly diversified Natasha’s musical landscapes and boundaries. “Working with Rob Fusari and the incredible writers on, ‘Into The Sun’, was an amazing experience – to work with the best in the world and being in the heart of New York recording, is something that greatly shaped me as a songwriter and singer.”

Natasha is about to release a fresh new single after collaborating with U.K. and Australian producer/songwriter: Grant Windsor.  Natasha’s new release ‘Beyond All Else’ fuses pop, soul & RnB. “Beyond All Else, is a true reflection, of the future soul direction of my new EP – getting back to my roots in Neo-Soul and R&B feels really good and natural for me and my new music, it feels like an evolution of my sound,” says the singer, who has recently supported Brandy and toured with R&B legends Boyz II Men and K-Ci and JoJo. 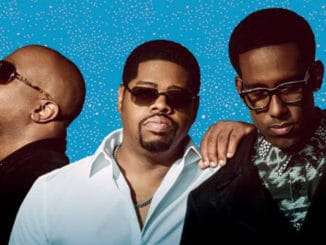 Scene News: Violent Femmes prove: We Can Do Anything

Tunes, mates, and honesty. No dickhead policy!
Buddha In A Chocolate Box
Going to the river on sunny afternoons with the blow up dingys and resting your beers on lily pads.
The Frowning Clouds
Flanelette pyjama pants.
Timberwolf
That’s a hard one, although I do love anything electronic with an indie-pop feel!
Franki

Cool small bars with good food, good wine, good company
The Backsliders
I love being on a little boat near home in South West Victoria with a fishing line in the water, the Sun coming up or going down. I also love walking the streets of Melbourne or Manhattan or many of the beautiful towns and villages of Ireland or anywhere. My partner and my family are central to it all. I also love being in the midst of a great music session, anywhere, anytime, being transported into the soul of the Universe.
Shane Howard
I don’t wish to belong to any scene that would have me as a member (with thanks to Groucho Marx).
Bob Spencer, Raw Brit

I’m in with the Out-Crowd
Dave Warner
Anyone who welcomes a hairy, gold wearing, hot air blowing idiot to a dinner table is my scene.
Henry Wagons

When I’m not working in the studio or doing shows I’m at home with my partner and our baby so I guess they are my scene.
Way of the Eagle
Yass KFC
Simon, Loon Lake

Well I’m still looking for my scene, and I think I might have found it. Between the pages of What’s My Scene Magazine.
Dave Faulkner, Hoodoo Gurus
I like the beach more than anything. The beach feels like home all year round. In terms of a scene…I actually prefer to hermit most of the time.
Abbe May