It’s a call upon myself to return to what I know is right. I get lost a lot… I think we all do. However even at our darkest I believe there is still good lying beneath the surface.

I’ve been going to therapy now for several months and in that process I’ve unearthed some junk I didn’t necessarily know was there. It’s up to me to not run from it if I don’t like what I find. This song represents that and my need to confront it everyday.

Shine is about a dark time in my life. I was in a bad place and needed to find a way out. It’s autobiographical. Its me looking to the future, wanting to be something I’m not yet.  I can honestly say music saved me. I’m very grateful that music is in my life… everyday I hit my knees and thank God for it.

Martin Luther King Jr talked about being peacefully militant. This song is that I suppose.

I simply don’t want anyone wasting my or anyone else’s time.

I’d rather not shed too much light on the subject of this song. It’s all there though.

I’m really proud of the music. I’m a huge soundtrack fan and this is in that vein. The Kennedy quotes are from his speech at American University. It’s my favorite speech of his. I think they are as relevant today as they where in 1962.

Sometimes things are ugly but they still can be beautiful. In a way I think of Light the Candle as a catharsis. It’s a passionate plea but in an apocalyptic setting. I do feel the world and humankind are beautiful even when we’re ugly.

This is a song by an old friend of mine Tim Krekel. We completely rearranged it but it’s his tune. I’ve always loved it and it felt right.

I recorded this at 6 in the morning on the last day of recording. I was hesitant to record it but I’m glad I did. It’s my prayer.

Well, this is what I believe. Simple as that. I think this planet and everything on it are beautiful. Its up to us to do the work on ourselves so we can grow towards the deeper meaning of our existence. I believe we will. I know I’m trying.

In mid-2015, Nashville trio SIMO signed to Mascot Label Group and released Let Love Show The Way, their 2nd LP in January of 2016.  The album, recorded at the Allman Brothers former residence in Macon, Georgia – debuted at #4 on the Billboard Blues Chart and garnered rave reviews and numerous national and international support from the likes of No Depression, Rolling Stone, Guitar Player; Relix, Guitar World and NPR.   The rest of 2016 passed in a blur of headline and festival performances worldwide – with SIMO performing 215 shows in 9 countries – including the UK, Finland, Germany, Italy and The Netherlands and, of course the United States.

Impassioned vocals that call to mind Prince or Al Green; Rhythm tracks inspired by the fatback swagger of Isaac Hayes and funky spirit of D’Angelo combined with Lush, highly detailed sonic landscapes reminiscent of Pink Floyd; raw, naked songwriting that lifts the veil for the listener to see all the frailty and ugly parts as well as the beautiful: Rise & Shine makes room for it all, with SIMO looking not to recreate old sounds, but invent new ones. It’s the band’s most expansive album to date — the work of a band at its curious, adventurous peak.

RISE & SHINE began taking shape on the many roads travelled in 2016, with SIMO’s three bandmates — singer, guitarist and namesake frontman JD Simo; drummer Adam Abrashoff; and bassist Elad Shapiro — working on new music along the way, hashing out chord changes in hotel rooms and tweaking song arrangements during soundcheck. It was a time of growth and self-improvement for everyone, and they became better friends, better musicians, and better people.

At the same time, the outside world was changing. Political pundits were screaming at one another. Elections were pitting candidate against candidate, party against party, neighbour against neighbour. The need to write music that truly meant something — music that not only demonstrated the band’s explosive chops, but also sent a clear message — was greater than ever.

Rise & Shine introduces the band’s elastic, expanded sound, which blurs the lines between genres and generations throughout the album’s 11 tracks. Let Love Show the Way, was a spot-on salute to the band’s rock & roll influences, full of big amplifiers, vintage vibe, and plenty of volume. Rise & Shine doesn’t ignore those roots, but it pushes toward something new.

Eager to explore uncharted territory, the guys make room for slow-smoked soul ballads (“I Want Love”); psychedelic desert-rock instrumentals (“The Climb”); hard-edged, bluesy barn burners (“Light the Candle”); and Stax-worthy funk rockers (“Meditation”). Gluing everything together is the charisma and chemistry of three musicians who spent more than 300 days together  last year, mastering the art not only of nodding to the past, but looking ahead to the future too. 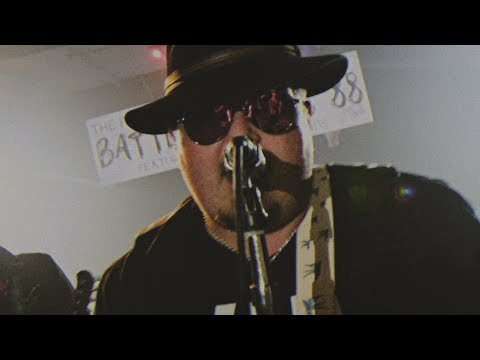