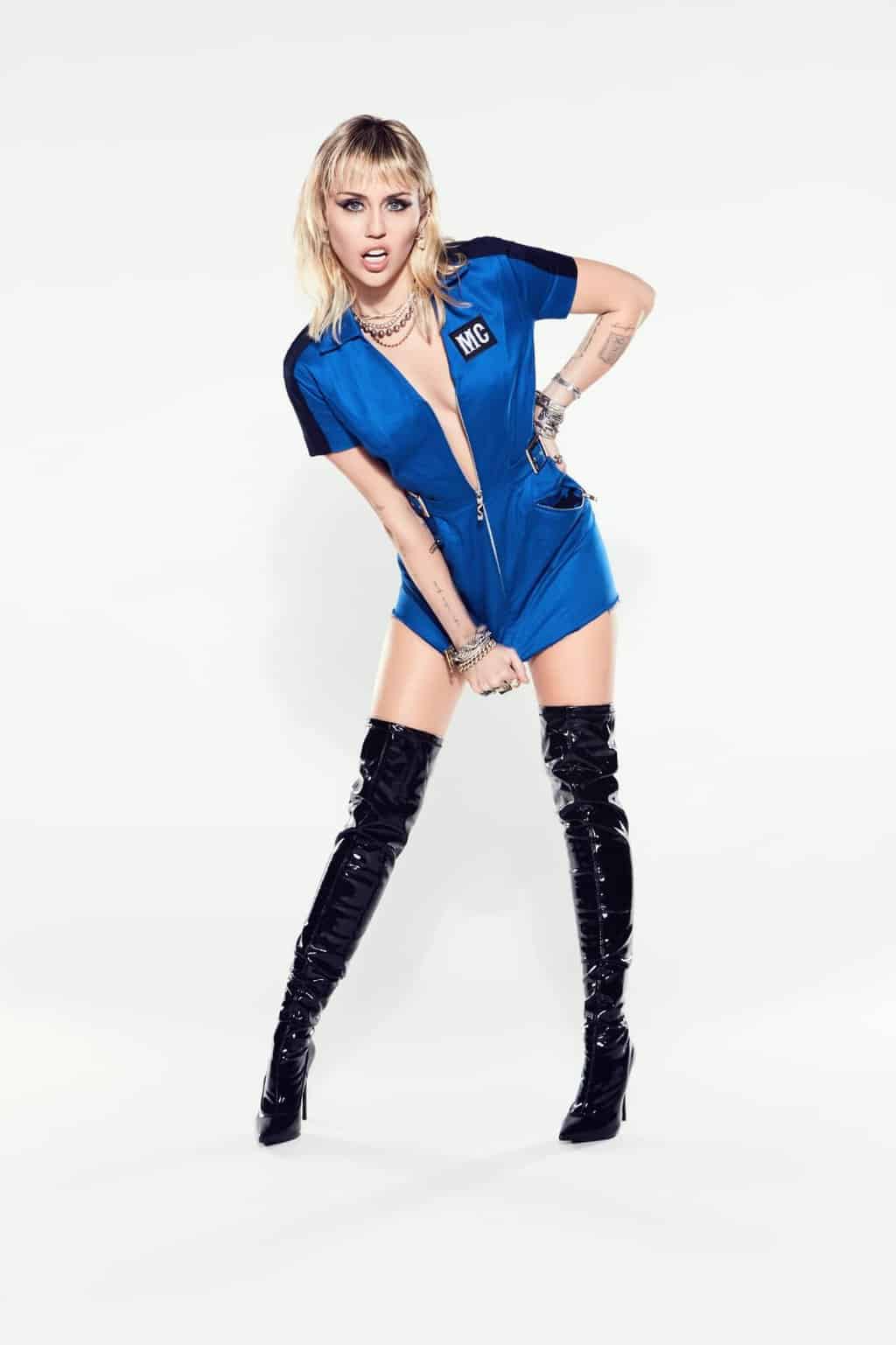 Thanks to the generous support of World Tour’s global sponsor AgBioEn, proceeds from concert ticket sales will go to two Australian based nonprofits who are working to restore forests, and wildlife, as well as rebuilding communities affected by the devastating fires. The concert, which will take place alongside the Formula 1 ® Rolex Australian Grand Prix, is expected to raise millions.

World Tour recently announced a multi-year, multi-territory partnership with AgBioEn that will see the two companies collaborate to build a new model of music tour, inspiring global music fans to play their part in accelerating the transition to a climate friendly, sustainable future. The long-term objective of the AgBioEn and World Tour partnership is to use entertainment as a force for good linking fans and artists to a global platform to help make progress on solving the climate crisis, at the same time as highlighting new technological solutions that are available to accelerate the transition away from fossil fuels. AgBioEn recently announced that they will invest $2 billion in a renewable fuels facility in the Goulburn Valley and is currently exploring the expansion of its operations by including a regenerative agriculture program and additional renewable fuels facility in the East Gippsland area near the fire-affected regions of Victoria.

World Tour is committed to reducing and offsetting the carbon footprint of its events. The World Tour Bushfire Relief charity concert will be offset under the Australian Government approved Climate Active Carbon Neutral Standard.

Charles Hunting, Chairman of AgBioEn said “As an Australian company, AgBioEn are devastated by the impacts of the recent bushfires, and we are proud to have been able to work with World Tour, TEG Dainty and The Australian Grand Prix Corporation to rapidly pull together this exciting event with Miley.

The partnership that AgBioEn has developed with World Tour is all about inspiring music fans to become a part of the exciting transition to a net zero, climate friendly future. The World Tour partnership is already taking AgBioEn on a global journey as we develop opportunities in Europe, Asia, USA and Africa.

Funds raised will be deployed to restore communities and wildlife habitats and transform the way we manage our forests.  This work is very much in line with AgBioEn’s overall investment philosophy, which focuses on regenerating communities and landscapes at the same time as we produce renewable fuels that will power us into a zero carbon future.”

Paul Morrison, Chairman and Co-Founder from Apollo World Touring, said “World Tour is extremely proud to be producing this very special event in Melbourne with our partners the Australian Grand Prix Corporation and TEG Dainty, who also produced the massively successful Fire Fight Australia in Sydney last weekend with Queen + Adam Lambert, Alice Cooper and k.d. lang. Further to AgBioEn sponsoring a wonderful summer of Tennis in Australia with the Kooyong Classic and The Australian Open they have been extremely supportive allowing us to move at pace to assemble this incredible night of entertainment for a truly worthy cause. Huge thanks to Miley, Lil Nas X, The Veronicas and Seb Fontaine for bringing their passion and energy into the heart of this event.”

Paul Dainty, President and CEO of TEG DAINTY, said “We are thrilled to announce this major concert event with our partners Apollo World Touring, Westbrook Inc., AgBioEn and the Australian Grand Prix Corporation, which will raise much needed funds for bushfire relief in our communities.”

General Manager Motorsport, Entertainment & Industry of the Australian Grand Prix Corporation Craig Fletcher said “The Australian Grand Prix Corporation is delighted to have partnered with Apollo World Touring, Westbrook Inc. and TEG Dainty to launch World Tour in Melbourne with a blockbuster live show featuring superstar Miley Cyrus This is an incredible addition to the already fantastic World Tour Melbourne line-up with international pop-legend Robbie Williams headlining on Saturday 14th March.  We thank everyone involved for their commitment and hard work to bring this fantastic event to our wonderful city.”

The charities supported by the concert have been chosen for their focus on restoration and regeneration of communities, forests and wildlife – and on the longer-term transitions that Australia needs if it is to respond to the climate crisis.

• The Foundation for Rural and Regional Renewal

The World Tour Bushfire Relief charity concert will take place one night prior to the previously announced World Tour Saturday show – at which International superstar Robbie Williams will headline on Saturday 14th March, 2020 at Lakeside Stadium in Melbourne, Australia.

Tickets for that show can be purchased at ticketek.com.au.
Visit worldtouring.com or www.tegdainty.com for more information on World Tour.

Do not buy from unauthorised resale scalper websites. You risk buying invalid or fraudulent tickets.

Scene News: Bros Reunited and Returning to Australia for one Special Event Show on Saturday 4 November!

29 YEARS TO THE DAY…. BROS REUNITED AND RETURNING TO AUSTRALIA FOR ONE SPECIAL EVENT SHOW ON SATURDAY 4 NOVEMBER! Australian BROS fans demanded it and now TEG DAINTY can confirm the most highly anticipated […]

Scene News: IRON MAIDEN confirm a return to Australia on their spectacular LEGACY OF THE BEAST tour – check out PRE-SALE details here!

A Telstra pre-sale starts at 9am today, Tuesday 2 May, through to 9am on Thursday 4 May. Go to telstra.com/music for details. 29 YEARS TO THE DAY…. BROS REUNITED AND RETURNING TO AUSTRALIA FOR ONE SPECIAL […]

Tegan Voltaire, The Voltaire Twins
Melbourne. Nowhere else is as great as Melbourne.
Brat Farrar
Our scene is this big gorgeous wide world we live in all its majestic splendour!
Kim Salmon, The Darling Downs
I love being on a little boat near home in South West Victoria with a fishing line in the water, the Sun coming up or going down. I also love walking the streets of Melbourne or Manhattan or many of the beautiful towns and villages of Ireland or anywhere. My partner and my family are central to it all. I also love being in the midst of a great music session, anywhere, anytime, being transported into the soul of the Universe.
Shane Howard
My scene is finding any excuse to dance with my 2 year old daughter Ruby.
Matthew Hardy, Comedian
The dog park’s pretty good. I have a couple of miniature pinchers. And they’re the loves of my life. I take them for walks to the dog park; I’ve got a Harley Davidson I ride around. It’s not too exciting. It used to be sex, drugs and rock n roll; now I walk my dogs.
Stan Lee, The Dickies
All the wandering. The bastards and the angels. The sound of the rain and the pains of the heart. The silence. All the houses and all the rooms. All the keys and phones.
Raised By Eagles
Tunes, mates, and honesty. No dickhead policy!
Buddha In A Chocolate Box
Well these days my scene tends to revolve around my computer and being nudged by my dog to take her out for a walk. And then having my wife shout at me for spending time on my computer. I’m loving it actually. I’m quite relishing that scene. I miss them both very much.
Peter Hook, Joy Division/New Order/The Light
Experimental electronica, musical metacreation, multiplicitous media, hacking.
Ollie Brown
When I’m not working in the studio or doing shows I’m at home with my partner and our baby so I guess they are my scene.
Way of the Eagle
Yass KFC
Simon, Loon Lake
Our scene is folk that are interested in change. Not just music, but breaking the norm, the boundaries and stereotype of Australian ’rock/pop’ music. Unpredictable, the question marks, the new jokers in town. Don’t Believe The Haze.
Slumberhaze
Anywhere there is good company, great conversation, and a glass of red.
Helen Perris
Currently, I’m completely enveloped by writing my book; trying to complete the manuscript for my tome.
Jeff Duff
It’s beards.
Nathaniel Beard, The Beards
The beach. Tea with gin at your grandparents house. They have the best stories.
Betty & Oswald
Bed. Pringles. Whisky. Attenborough doco. Wham.
Marlon Williams
It’s Thonbury. It’s my dreaming. I’ve lived here 30 years and it’s evolved with me. The more I drink wine, the more wine bars appear in the neighbourhood. The more I eat, the more cafes appear in the neighbourhood. Fantastic.
Denise Scott, Comedian
Staying home out of harms way.
Peter Milley, Cairo Club Orchestra
Local bands at sticky carpet venues. Vinyl. Social networking. Keeping healthy in order to play full throttle live sets. Loud rehearsals. Good people with creative ideas. PRIMITIVE ROCK.
Jon S Williams of City of Cool
My bedroom
Nantes
That’s a hard one, although I do love anything electronic with an indie-pop feel!
Franki
Book clubs, philosophy and extreme black metal
Elsen Price
If you’re a Max Chillington then you’re our scene.
Gunslingers
Anyone who welcomes a hairy, gold wearing, hot air blowing idiot to a dinner table is my scene.
Henry Wagons