Swamp rockers Junior Danger are releasing a new tome to their heavy rock bookcase with a thumping dirg, DIRT AND GRIME.

If Nick Cave was into the White Stripes this is what it would sound like. It’s got all the riffs any Queens of The Stone Age fan loves and the dark, bluesy vocals to hypnotise. It’s a slamming rock number your neck will hate you for come the next day.

DIRT AND GRIME is the second single to come from their anticipated debut album. Produced and engineered by Konstantin Kersting from The Belligerents who has also recorded the latest Jungle Giants and Belligerents albums.

Receiving critical praise for their 2014 debut EP their debut album is sure to make people wet their pants!

“Their debut EP, Amputate To Medicate, is a five-track gut punch. Tight, brutal, and swiftly delivered, it’s a great Aussie take on what has predominantly been an American sound.” Nick Addenbrook- 4ZZZ.com.au


DIRT AND GRIME is available NOW!

Junior Danger go on tour to show the country what they can do. See them near you!

About Mary Boukouvalas 1216 Articles
Mary is a photographer and a writer, specialising in music. She runs Rocklust.com where she endeavours to capture the passion of music in her photos whether it's live music photography, promotional band photos or portraits. She has photographed The Rolling Stones, KISS, Iggy Pop, AC/DC, Patti Smith, Joe Strummer, PULP, The Cult, The Damned, The Cure, Ian Brown, Interpol, MUDHONEY, The MELVINS, The Living End, Foo Fighters, Smashing Pumpkins, Rage Against The Machine, The Stone Roses –just to name a few - in Australia, USA, Europe and the Middle East. Her work has been published in Beat magazine, Rolling Stone magazine, Triple J magazine, The Age Newspaper, The Herald Sun, The Australian, Neos Kosmos, blistering.com, theaureview.com, noise11.com, music-news.com. She has a permanent photographic exhibition at The Corner Hotel in Richmond, Victoria Australia.
Contact: Website Facebook Twitter YouTube 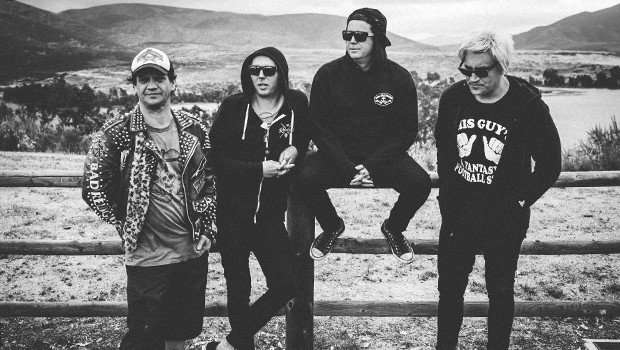 When I’m not working in the studio or doing shows I’m at home with my partner and our baby so I guess they are my scene.
Way of the Eagle
Our gigs have an air of danger and sex. Beautiful women are free to express themselves and are as dangerous as hell. Everybody can have a good time ’cos there’s a lot of love in the room and we just can’t help but stomp out that primeval swamp boogie ooze.
Chris Russell’s Chicken Walk

I love being on a little boat near home in South West Victoria with a fishing line in the water, the Sun coming up or going down. I also love walking the streets of Melbourne or Manhattan or many of the beautiful towns and villages of Ireland or anywhere. My partner and my family are central to it all. I also love being in the midst of a great music session, anywhere, anytime, being transported into the soul of the Universe.
Shane Howard
I’m in with the Out-Crowd
Dave Warner
Art is my scene. No labels, restrictions or judgement. I love art in all it’s varied glory.
The Last 5 Queers

Cool small bars with good food, good wine, good company
The Backsliders
Sitting in the sun, in a nice chair, with a good book.
James Reyne

Right now it’s a room with no lights on. An unmade bed. A laptop with 9% battery and a mosquito that just refuses to die.
Dave Larkin, Dallas Crane
Well these days my scene tends to revolve around my computer and being nudged by my dog to take her out for a walk. And then having my wife shout at me for spending time on my computer. I’m loving it actually. I’m quite relishing that scene. I miss them both very much.
Peter Hook, Joy Division/New Order/The Light

Tunes, mates, and honesty. No dickhead policy!
Buddha In A Chocolate Box
Currently its the Yarra River Trail I’m walking along. Generally my scene would be Melbourne. Nothing feels or compares to home.
Simon McConnell, The Delta Riggs
Yass KFC
Simon, Loon Lake

I like to think that I belong to the head-strong Independent Music Scene – where we – musos and audience and everyone in between – all make gigs/tours, recordings, releases happen for ourselves and work our arses off to keep it going for the rest of our lives – all for the love of Music!
Florelie Escano
Act III, Scene VI of King Lear. A tense and gripping scene wherein the ageing king informs his three daughters that they have all been accepted as contestants on Family Feud.
Ben Pobjie, comedian
The TV show “Full House
World Wild