The new album, In Verses, from NSW Central Coast Blues and Roots Songwriter and Performer Daxton has instantly struck a chord with National Community Radio with first single Sanctuary sitting at number two on the Amrap/Airit Regional Chart for this week.

In Verses starts off with a colourful up-tempo song track named ‘I Don’t Mind’ with high falsetto reminiscent of artist such as Marvin Gay or Eagles of Death Metal.

As the album progresses further in you will notice some of the songs have a more psychedelic/grungy approach. [pullquote]“It’s not that much of a stretch to think that a fan of bands like Kings of Leon or artists such as Ray LaMontagne or even John Mayer could easily find something to like here..the crossover exists for sure.” Sleeping Bag USA Review[/pullquote] There are nine tracks on the album, all highlighting Daxton’s multitude of influences ranging from psychedelic blues, alternate rock and even a little Spanish guitar. As always with ‘Dax’, the sound of the south is a dominating force – a touch of delta blues working its’ way through the album.

The Album is Out Now Via MGM.

Daxton will be playing local shows followed by a tour to support the release: 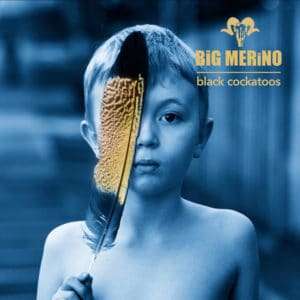 Tunes, mates, and honesty. No dickhead policy!
Buddha In A Chocolate Box
Flanelette pyjama pants.
Timberwolf
The dog park’s pretty good. I have a couple of miniature pinchers. And they’re the loves of my life. I take them for walks to the dog park; I’ve got a Harley Davidson I ride around. It’s not too exciting. It used to be sex, drugs and rock n roll; now I walk my dogs.
Stan Lee, The Dickies

Right now it’s a room with no lights on. An unmade bed. A laptop with 9% battery and a mosquito that just refuses to die.
Dave Larkin, Dallas Crane
The TV show “Full House
World Wild

Going to the river on sunny afternoons with the blow up dingys and resting your beers on lily pads.
The Frowning Clouds
Experimental electronica, musical metacreation, multiplicitous media, hacking.
Ollie Brown

The car wash scene from Cool Hand Luke will do just fine thank you.
Old Gray Mule
Anyone who welcomes a hairy, gold wearing, hot air blowing idiot to a dinner table is my scene.
Henry Wagons

My scene is driving fast cars and shooting guns.
Ace Frehley
Any scene with Al Swearangen & Mr. Wu from the show Deadwood ;)
Mathas

Act III, Scene VI of King Lear. A tense and gripping scene wherein the ageing king informs his three daughters that they have all been accepted as contestants on Family Feud.
Ben Pobjie, comedian
World/folk. Acoustic and proud of it!
Ilana Cravitz, The London Klezmer Quartet

I’m in with the Out-Crowd
Dave Warner
Our scene is folk that are interested in change. Not just music, but breaking the norm, the boundaries and stereotype of Australian ’rock/pop’ music. Unpredictable, the question marks, the new jokers in town. Don’t Believe The Haze.
Slumberhaze

Well I’m still looking for my scene, and I think I might have found it. Between the pages of What’s My Scene Magazine.
Dave Faulkner, Hoodoo Gurus
I just do my best to live a life full of the things I love. Rock’n’roll, photography, New York City – they are three things right there that I love a lot!
Paul Miles

I like to think that I belong to the head-strong Independent Music Scene – where we – musos and audience and everyone in between – all make gigs/tours, recordings, releases happen for ourselves and work our arses off to keep it going for the rest of our lives – all for the love of Music!
Florelie Escano
It’s beards.
Nathaniel Beard, The Beards

Currently its the Yarra River Trail I’m walking along. Generally my scene would be Melbourne. Nothing feels or compares to home.
Simon McConnell, The Delta Riggs
I think my style is more just making cameos in everyone else’s scene.
Mojo Juju