News Ticker
Karim wakes from a nightmare about his past in war-torn Afghanistan. He cannot forget memories of the violence he and his family have suffered. [pullquote]He is free, but at what cost?[/pullquote] He escaped his homeland for Australia only to be locked in an Australian immigration detention centre for two years. Without a passport, he is at the mercy of the authorities. He is waiting to be assessed as a refugee, but has actually been persecuted and is worthy of refugee status.

Karim is nervous as he faces his government case officer. She rifles through his most recent documentation and concludes that, finally, Karim has proven he is a Hazara refugee. The Taliban – who are persecuting the Hazara population – killed his father and tortured Karim repeatedly. His case officer is able to grant him a visa to stay in Australia.
Elated, Karim runs back to his room to pack his few belongings. He rings his family in Afghanistan with the good news. His aunt answers the phone. He is devastated to hear the news that she brings him.
ATOM STUDY GUIDE:
ATOM has produced a study guide for Inside Out, which is available to download for free at www.metromagazine.com.au. (Click on ‘Study guides’.)
Inside Out is now available to purchase
on DVD at The Education Shop

Scene News: Horace Bones on Tour as they release Tarantula 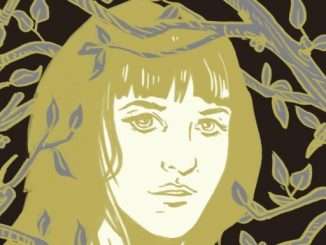