“The Blood of Gods Tour” continues on into Australia, as your masters and supreme overlords take their one of a kind carnival of blood-drenched death and destruction Down Under. The last time GWAR visited Australia in 2014, they upset the Australian public with the controversial and media-hyped beheading of an effigy of then-Prime Minister, Tony Abbott. The body count will be even higher when GWAR returns to Australia in April of 2018 for more heavy metal carnage. Mark your calendars or leave the country.

Blothar the Berskerer had this to say about the upcoming bloodbath: “People of Australia, koala bears, kangaroos, crocodiles, wallabies…lend me your ears…and your skulls, and all of your internal organs…GWAR is coming to turn the Land of Dreams into your worst nightmare. Fire up the barby, we are going to eat Australia!

GWAR are riding the wave of worldwide dominance with their new record The Blood of Gods, released by Metal Blade Records in October 2017. The new record, and the spectacular tour to support it, have been praised by fans and media alike as triumphs of unimaginable genius.

Formed in Antarctica 1984 by manager Sleazy P. Martini, GWAR has forged a path of debauchery for over 30 years and it seems their work is still not done.

GWAR’s mythology is rich in political and social satire. Their cult-following is galvanized by their controversial, indefatigable and ostentatious live performances, where crowds of willing slaves are subjected to ripe humour and theatrical imagery… and lots and lots of blood, vomit and other bodily fluids.

“This tour was a masterpiece of the bizarre, an epic telling of a collection of freakish fairy tales” – – – metalwani.com

Don’t miss GWAR’s odyssey of death and destruction as they turn their eyes towards Earth’s most remote outcrop of human scum, Australia. 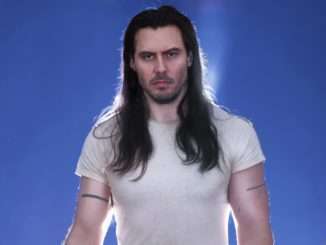 I like to think that I belong to the head-strong Independent Music Scene – where we – musos and audience and everyone in between – all make gigs/tours, recordings, releases happen for ourselves and work our arses off to keep it going for the rest of our lives – all for the love of Music!
Florelie Escano
Anywhere there is good company, great conversation, and a glass of red.
Helen Perris

Right now it’s a room with no lights on. An unmade bed. A laptop with 9% battery and a mosquito that just refuses to die.
Dave Larkin, Dallas Crane
Wherever there is music is where I feel most at home
Toby Robinson

The car wash scene from Cool Hand Luke will do just fine thank you.
Old Gray Mule
Our scene is in the city of Bath, a small city with a very big musical identity, we play the British festivals and I am also in the ’choirs scene’. We are also in other bands for fun, music all the way, roll on summer!
Su Hart, Baka Beyond

My scene is driving fast cars and shooting guns.
Ace Frehley
Aside from music and everything creative, I love open-mind people, unexpected humour, seeing the world and nature, riding my bicycle, playing billiards. I’m also a fan of coffee, whiskey and most things vintage.
Jessica Stuart Few

Act III, Scene VI of King Lear. A tense and gripping scene wherein the ageing king informs his three daughters that they have all been accepted as contestants on Family Feud.
Ben Pobjie, comedian
Flanelette pyjama pants.
Timberwolf
Currently its the Yarra River Trail I’m walking along. Generally my scene would be Melbourne. Nothing feels or compares to home.
Simon McConnell, The Delta Riggs
Yass KFC
Simon, Loon Lake

I love being on a little boat near home in South West Victoria with a fishing line in the water, the Sun coming up or going down. I also love walking the streets of Melbourne or Manhattan or many of the beautiful towns and villages of Ireland or anywhere. My partner and my family are central to it all. I also love being in the midst of a great music session, anywhere, anytime, being transported into the soul of the Universe.
Shane Howard
Going to the river on sunny afternoons with the blow up dingys and resting your beers on lily pads.
The Frowning Clouds
Well these days my scene tends to revolve around my computer and being nudged by my dog to take her out for a walk. And then having my wife shout at me for spending time on my computer. I’m loving it actually. I’m quite relishing that scene. I miss them both very much.
Peter Hook, Joy Division/New Order/The Light

I’m in with the Out-Crowd
Dave Warner
All the wandering. The bastards and the angels. The sound of the rain and the pains of the heart. The silence. All the houses and all the rooms. All the keys and phones.
Raised By Eagles

Leadfinger is a very strange band, hard to define, but we are free.
Stew, Leadfinger
Scones, savory, sweet I don’t mind
The Wooden Sky