World acclaimed guitar virtuoso and composer Bruce Mathiske is back with a new album Six String Anthology and Australian tour booked. Mathiske, one of this country’s most adventurous, creative and dazzlingly skilled guitarists, has been off the road since 2013.

Taking a well-deserved break from the sometimes creatively stifling album release and tour cycle, Bruce has instead been concentrating on composing on a larger scale for other instruments and orchestras – whilst on the personal front, facing the shock of his wife’s cancer diagnosis and supporting her throughout her treatment.  But 2018 finds Mathiske back and eagerly looking forward to playing in front of live audiences again with a new, and quite different release ready to share. And Bruce’s wife?  She’s doing just great.

Bruce’s new 12 track offering Six String Anthology is unmistakably Mathiske – with melodic and vibrant sounds centering around original compositions – this time in the key of each string of the guitar.  The idea for the album came about via a chance meeting with the legendary conductor and music educator Richard Gill AO – who after hearing one of Bruce’s solo guitar pieces was the one to suggest the initial concept. At first the idea didn’t resonate with Bruce, but somehow, some 12 months later, he found himself with a collection of compositions that saw Richard’s suggestion come to fruition.  Bruce says of Six String Anthology “When I play these pieces it is truly me and I have never felt so at one with myself, my guitar and my music.”

With Mathiske refreshed, inspired and eagerly anticipating a return to the live stage, his upcoming tour dates are not to be missed.   See below for full information.  Six String Anthology will be released on Friday April 6 through MGM.  Pre-orders are available here. 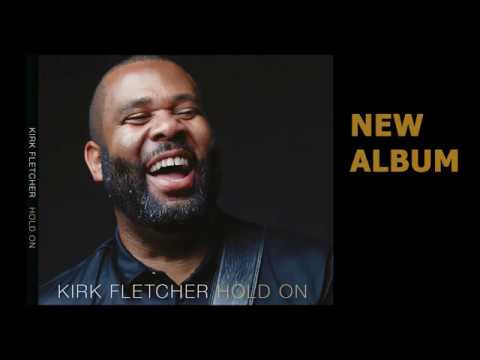 When I’m not working in the studio or doing shows I’m at home with my partner and our baby so I guess they are my scene.
Way of the Eagle
I have no idea what my scene is; I have been listening to Dubstep and a bit of Drum N Bass. I found a lot of Hip Hop and RnB stuff is getting very interesting again it is pushing different sounds out. I’ve been really into cycling since the early ‘90s; racing mountain bikes and racing road bikes. So between cycling and music there is not much time left, a bit of sleep now and again.
Mike Edwards, Jesus Jones

Cool small bars with good food, good wine, good company
The Backsliders
I love being on a little boat near home in South West Victoria with a fishing line in the water, the Sun coming up or going down. I also love walking the streets of Melbourne or Manhattan or many of the beautiful towns and villages of Ireland or anywhere. My partner and my family are central to it all. I also love being in the midst of a great music session, anywhere, anytime, being transported into the soul of the Universe.
Shane Howard
Our scene is folk that are interested in change. Not just music, but breaking the norm, the boundaries and stereotype of Australian ’rock/pop’ music. Unpredictable, the question marks, the new jokers in town. Don’t Believe The Haze.
Slumberhaze

Going to the river on sunny afternoons with the blow up dingys and resting your beers on lily pads.
The Frowning Clouds
Tunes, mates, and honesty. No dickhead policy!
Buddha In A Chocolate Box
It’s beards.
Nathaniel Beard, The Beards

I like to think that I belong to the head-strong Independent Music Scene – where we – musos and audience and everyone in between – all make gigs/tours, recordings, releases happen for ourselves and work our arses off to keep it going for the rest of our lives – all for the love of Music!
Florelie Escano
I’m in with the Out-Crowd
Dave Warner
I just do my best to live a life full of the things I love. Rock’n’roll, photography, New York City – they are three things right there that I love a lot!
Paul Miles

Act III, Scene VI of King Lear. A tense and gripping scene wherein the ageing king informs his three daughters that they have all been accepted as contestants on Family Feud.
Ben Pobjie, comedian
Well I’m still looking for my scene, and I think I might have found it. Between the pages of What’s My Scene Magazine.
Dave Faulkner, Hoodoo Gurus
Deep 70s disco, wonky synths, shady lyrics, fairy lights and cheap wine.

My scene is driving fast cars and shooting guns.
Ace Frehley
Right now it’s a room with no lights on. An unmade bed. A laptop with 9% battery and a mosquito that just refuses to die.
Dave Larkin, Dallas Crane
It’s a delirium, really, but I like to live like this.
Hugo Race