As two-piece rock bands go, there’s something outside the box about Elegant Shiva. It’s not just the dirty, grunge-infused vibrations that sets them apart from the duo-rock movement. Nor is it the enormity of lead singer Josh Swans 7ft status, or drummer Matt Swans explosive antics behind the drumkit. There’s just something addictive about the Shiva sound.

“Contains 100% of your RDI for both Meaty Protein and Hot Sludge”. Triple J Unearthed Max Quinn

Having already unleashed singles ‘Can’t Get Enough’ and ‘Take What You Want’ with their signature Hendrix meet Soundgarden sound, the Byron Bay duo then secured a signing with one of the world’s largest global independent publishing companies, peermusic. Founded by Ralph S. Peer in 1928, Peer operates 32 offices in 28 countries. With well over a quarter of a million titles in the company’s catalogue, and songs that vary from country, blues, jazz and pop to Latin and rock‘n’roll, Peer Music is undoubtedly the perfect home for Elegant Shiva.

“Coming from Byron Bay, family and community is everything to us, peermusic is not just a publishing company, but new found family members.” Joshua Swan (Elegant Shiva)

“When I was introduced to Elegant Shiva’s music, it was instant love at first bite, and then I met the guys…. larger than life, focussed and full of spirit.  The amps were buzzing. They delivered 4 great demos in 4 days.  It was simple, I had to sign them”.  Gary Seeger (peermusic Australia)

The deal marks a point for the band that is set to take them onto an international level, with a planned trip to the USA and Europe in the workings and the recording of their debut album.

Scene News: A Weekend In The Gardens ~ Music, Food and Cocktails! 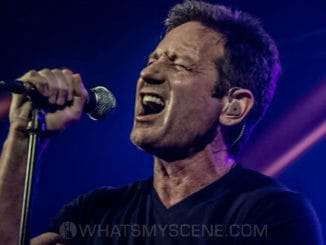