Freya Josephine Hollick finished 2017 with her new E.P. Don’t Mess With The Doyenne, a new single Pearly Gates Of The Landfill, recorded with Robert Ellis and The Perfect Strangers, received three Age Music Victoria Award nominations, a grant from Creative Victoria and toured with Justin Townes Earle, plus festival appearances at Nannup Music Festival, Boogie Festival, Gumball, Broadbeach Country Music Festival, Gympie Music Muster, Kyneton Music Festival, Dorrigo Folk and Bluegrass Festival, Out On The Weekend and Queenscliff Music Festival as well as other high profile supports. This February and March, Hollick and her band will embark on an east coast tour. Bringing blues and honky tonk goodness that transports you back to early Appalachia, through wartime romance, the golden era of country music and into a cosmic hootenanny as she crisscrosses across Victoria, NSW and Queensland.

Drawing inspiration from the likes of Bill Frisell, Betty Davis, Ann Peebles and Bob Wills, among many others, Hollick’s live shows encapsulate a multifaceted approach to what no longer can be pigeon holed as country music. Hollick forged her career on a love of the Carter Family and the Appalachian, but while they still make up the skeleton of her songwriting, they’re decorated in layers of the glamorous and of the lowdown. Her music is sliding and changing. She encompasses the resurgent cosmic country of the US, moving in the land of Hiss Golden Messenger and Sturgill Simpson, the flavours of childhood idols in Al Green and Etta James, yet still revering the old time and blues music she learned from as a teenager in Ballarat.

But there’s more still in her odyssey. Latin rhythms and bossa nova. Funk and jazz. She’s changing guitar tunings, bringing in some Wurlitzer and Rhodes. She’s no longer yearning for a lost love, rather claiming her space as a woman on a mission to exist in her own art, to make her own music as she feels fit, and to separate herself from the mimicry of mainstream. A single mum from the Victorian Goldfields, Hollick is on a journey to give the metaphorical middle finger to previous failings, and to bring her impeccable songwriting to audiences across Australia.

With a voice that floats between Maybelle Carter, Dolly Parton and Skip James, Freya Josephine Hollick is a lady not to be missed. Catch her at a venue near you soon. 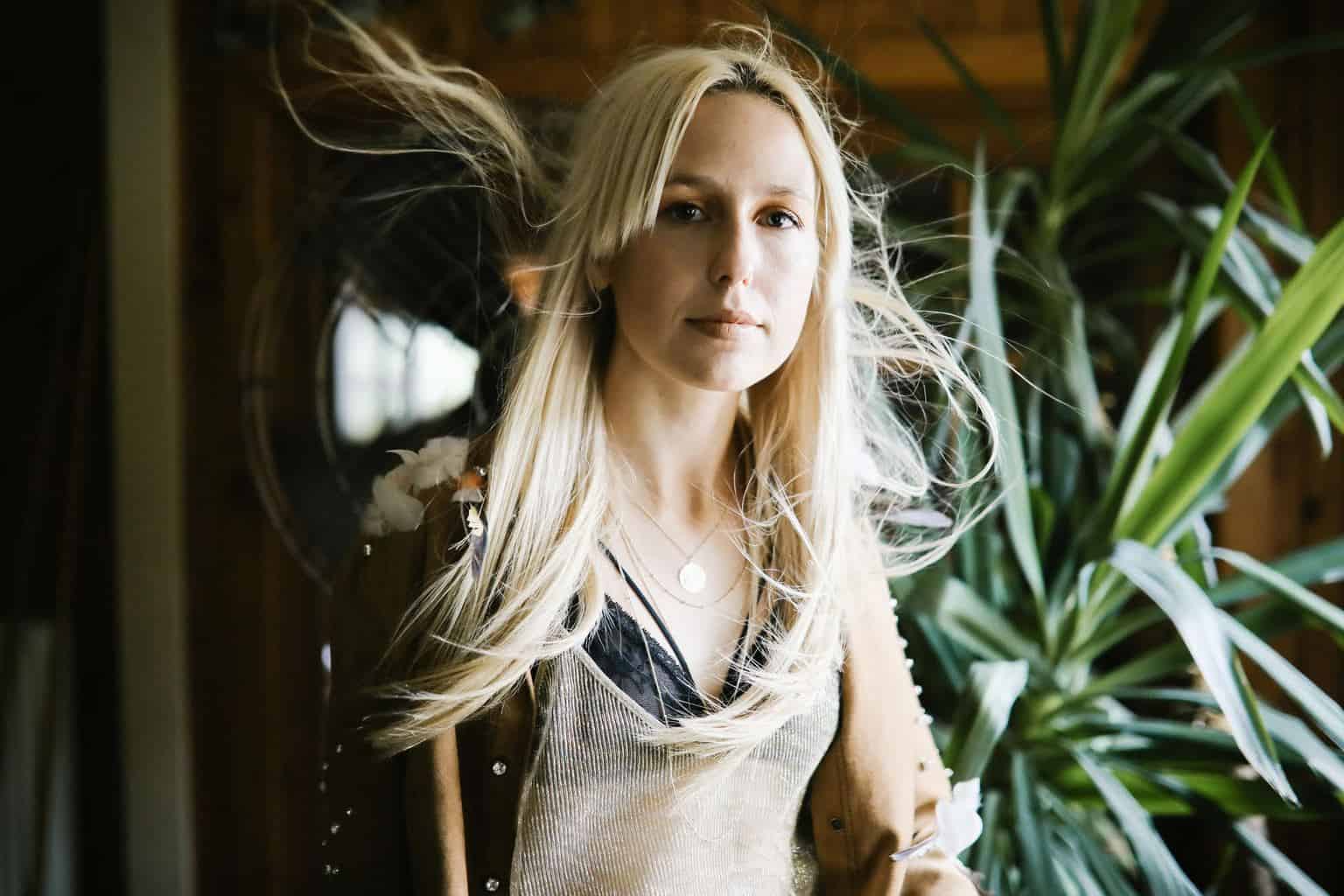 Tegan Voltaire, The Voltaire Twins
Country roots, old time, bluegrass, folk, Americana scene Traditional plus :)
Whitetop Mountaineers
Sitting in the sun, in a nice chair, with a good book.
James Reyne
Flanelette pyjama pants.
Timberwolf
Yass KFC
Simon, Loon Lake
Act III, Scene VI of King Lear. A tense and gripping scene wherein the ageing king informs his three daughters that they have all been accepted as contestants on Family Feud.
Ben Pobjie, comedian
I think my style is more just making cameos in everyone else’s scene.
Mojo Juju
What’s my scene? well…
And another thing I’ve been wondering lately
Oh, baby,
Tell me where have you been?
Now the stage is set
Where’s my Juliet, baby?
Is it maybe
My Midsummer Night’s Dream?
What’s my scene?
Clowns
I don’t wish to belong to any scene that would have me as a member (with thanks to Groucho Marx).
Bob Spencer, Raw Brit
Hot, hot lovers
Luke Monks, Gay Paris
Tunes, mates, and honesty. No dickhead policy!
Buddha In A Chocolate Box
Alice likes the Google. Sime likes taxidermy. It’s a pretty happening scene.
Sweet Jean
The Astor Theatre on chapel st. Old cinema with copious amounts of atmosphere playing classic films (Chaplin, Gene Kelly, Kubrick, etc) and me with a honeycomb choc top spilt on my Tshirt because that’s just how I roll.
Jude Perl, Comedian
The beach. Tea with gin at your grandparents house. They have the best stories.
Betty & Oswald
Anywhere there is good company, great conversation, and a glass of red.
Helen Perris
World/folk. Acoustic and proud of it!
Ilana Cravitz, The London Klezmer Quartet
Comedy, surreal show girls, burlesque and theatre
MC KREWD
My scene is at the moment Big Wongs General Tsos Chicken as I get sauce on the keys typing to you :-)
Brian Mackey
Wherever there is music is where I feel most at home
Toby Robinson
No set scene. We have played with a variety of bands from King Parrot to The Datsuns. Offer us a show and give us a try!
Los Hombres Del Diablo
Bed. Pringles. Whisky. Attenborough doco. Wham.
Marlon Williams
Any scene with Al Swearangen & Mr. Wu from the show Deadwood ;)
Mathas
It’s a delirium, really, but I like to live like this.
Hugo Race
It’s Thonbury. It’s my dreaming. I’ve lived here 30 years and it’s evolved with me. The more I drink wine, the more wine bars appear in the neighbourhood. The more I eat, the more cafes appear in the neighbourhood. Fantastic.
Denise Scott, Comedian
It’s beards.
Nathaniel Beard, The Beards
Fuck the Fucking Scene question! xo
Fuck The Fitzroy Doom Scene
I like to think that I belong to the head-strong Independent Music Scene – where we – musos and audience and everyone in between – all make gigs/tours, recordings, releases happen for ourselves and work our arses off to keep it going for the rest of our lives – all for the love of Music!
Florelie Escano
All of the above and more in my shed every Friday night
Hound
The dog park’s pretty good. I have a couple of miniature pinchers. And they’re the loves of my life. I take them for walks to the dog park; I’ve got a Harley Davidson I ride around. It’s not too exciting. It used to be sex, drugs and rock n roll; now I walk my dogs.
Stan Lee, The Dickies
Ep. 1 Series 3 of BBC’s ’Sherlock’ where Sherlock bungee jumps through a window and kisses Molly Hooper.
Miss Adelaide Everheart from Early Burley Burlesque
When I’m not working in the studio or doing shows I’m at home with my partner and our baby so I guess they are my scene.
Way of the Eagle
Melbourne. Nowhere else is as great as Melbourne.
Brat Farrar
Currently, I’m completely enveloped by writing my book; trying to complete the manuscript for my tome.
Jeff Duff
Well these days my scene tends to revolve around my computer and being nudged by my dog to take her out for a walk. And then having my wife shout at me for spending time on my computer. I’m loving it actually. I’m quite relishing that scene. I miss them both very much.
Peter Hook, Joy Division/New Order/The Light
Leadfinger is a very strange band, hard to define, but we are free.
Stew, Leadfinger
My scene is a Punk-hardcore scene or an underground, minimal electronic scene, something grungy – where everyone is wearing black. That’s my vibe; don’t go out until 11 when all the other vampires come out and go home when the sun comes up at 7. Oh shit. Creatures of the night.
Greg Puciato, Killer Be Killed & Dillinger Escape Plan
Local bands at sticky carpet venues. Vinyl. Social networking. Keeping healthy in order to play full throttle live sets. Loud rehearsals. Good people with creative ideas. PRIMITIVE ROCK.
Jon S Williams of City of Cool
I will continue the continuum, singing my Songline.
Kutcha Edwards