Four Tet’s Australian tour kicks off tonight with a sell out performance for his only headline show of the tour.

The show at Sydney’s Enmore Theatre is the fastest selling show at the venue for Feel Presents taking just 54 minutes to exhaust it’s allocation. It follows similar sold out success in 2018 for Four Tet with 4 shows and 19,000 tickets at London’s Brixton Academy selling out in just 2 hours and an entire American tour selling out in less than a day. It’s a strategy that has worked wonders for the US based but UK born EDM artist, with successive generations of younger audience latching onto the Four Tet trip.
For a sample of what you might expect to hear tonight check Only Human  the latest single from Four Tet – dropped in typical Four Tet fashion ie: no advance warning and no promotion – available now via Spotify, Apple and Beatport and with vinyl coming soon. 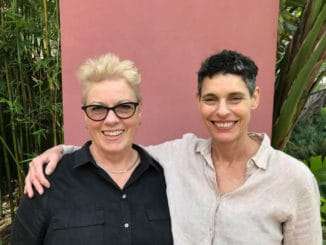 Lucky Scene: WIN tickets to Do Re Mi’s Melbourne show at the CORNER tomorrow night!

Cool small bars with good food, good wine, good company
The Backsliders
Leadfinger is a very strange band, hard to define, but we are free.
Stew, Leadfinger
When I’m not working in the studio or doing shows I’m at home with my partner and our baby so I guess they are my scene.
Way of the Eagle
We can be dirty, we can be imperfect, we can be classy, it doesn’t matter. We drift between scenes and eventually may just create our own.
The Ugly Kings

Currently its the Yarra River Trail I’m walking along. Generally my scene would be Melbourne. Nothing feels or compares to home.
Simon McConnell, The Delta Riggs
Our scene is this big gorgeous wide world we live in all its majestic splendour!
Kim Salmon, The Darling Downs

Well I’m still looking for my scene, and I think I might have found it. Between the pages of What’s My Scene Magazine.
Dave Faulkner, Hoodoo Gurus
Our gigs have an air of danger and sex. Beautiful women are free to express themselves and are as dangerous as hell. Everybody can have a good time ’cos there’s a lot of love in the room and we just can’t help but stomp out that primeval swamp boogie ooze.
Chris Russell’s Chicken Walk

Right now it’s a room with no lights on. An unmade bed. A laptop with 9% battery and a mosquito that just refuses to die.
Dave Larkin, Dallas Crane
I am a simple man. My scene is simple. I like playing metal and spending time with my family.
Waclaw ”Vogg” Kieltyka, Decapitated

My scene is driving fast cars and shooting guns.
Ace Frehley
That’s a hard one, although I do love anything electronic with an indie-pop feel!
Franki

Going to the river on sunny afternoons with the blow up dingys and resting your beers on lily pads.
The Frowning Clouds
Alice likes the Google. Sime likes taxidermy. It’s a pretty happening scene.
Sweet Jean

The car wash scene from Cool Hand Luke will do just fine thank you.
Old Gray Mule
Quirky cabaret bars that serve a mean G&T and boast a stellar cocktail list..which is why you’ll always find me returning to The Butterfly Club! I also love the buzz of a Fringe or Cabaret Festival, or a smart Opening Night. Any excuse for a dress up, really!
Amelia Ryan, Lady Liberty