American Singer, poet, writer and actress, Lydia Lunch returns to Australia with her all-star cast of sonic brutarians in a no-holds-barred survey of her musical output from 1977 to the present.

Including music from Teenage Jesus and the Jerks, 8 Eyed Spy, Queen of Siam, 1313 and Shotgun Wedding, Lydia Lunch Retrovirus (featuring members from Sonic Youth, Pussy Galore, Chrome Cranks, The Flying Luttenbachers, Child Abuse and more) marries No Wave, Skronk, Hard Rock and Psychedelic Out Jazz to create a dynamic live performance which is dangerous, infectious and aggressively sexy the way Rock music once was. 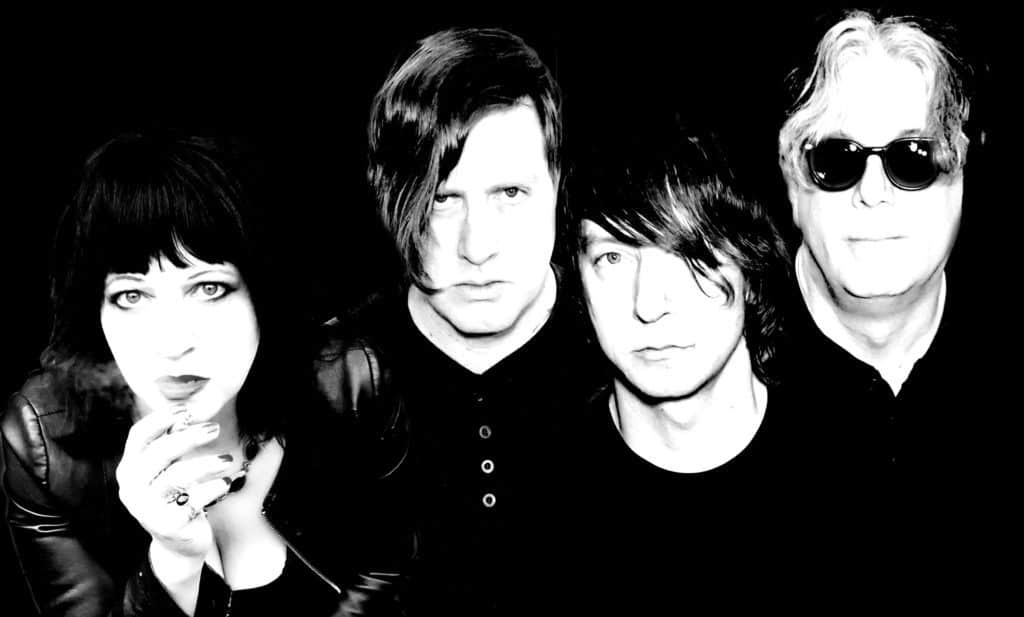 Having collaborated with musicians such as Nick Cave, Kim Gordon, Thurston Moore, Robert Quine, Rowland S. Howard, Michael Gira, the Birthday Party, Einstürzende Neubauten, Sonic Youth and James Chance, Lydia has spent decades trolling through the subterranean sick-home black & blues creating a schizophrenic musical legacy which loops from shrill No Wave to bludgeoning Hard Rock, from smoky Jazz Noir and illustrated word to macabre Psychedelia. Her latest project Retrovirus is just as potent as what has come before garnering huge praise for their 2015 performance at the Inaugural Super Sense Festival at the Victorian Arts Centre.

Created as a multimedia showcase featuring Lydia’s text set to music, “Dust and Shadows” is enhanced by the video images of French visual artist Elise Passavant. […]

Ahead of their Australian tour, we spoke to APTBS’ Oliver Ackermann […]

Well I’m still looking for my scene, and I think I might have found it. Between the pages of What’s My Scene Magazine.
Dave Faulkner, Hoodoo Gurus
The dog park’s pretty good. I have a couple of miniature pinchers. And they’re the loves of my life. I take them for walks to the dog park; I’ve got a Harley Davidson I ride around. It’s not too exciting. It used to be sex, drugs and rock n roll; now I walk my dogs.
Stan Lee, The Dickies

The car wash scene from Cool Hand Luke will do just fine thank you.
Old Gray Mule
The Astor Theatre on chapel st. Old cinema with copious amounts of atmosphere playing classic films (Chaplin, Gene Kelly, Kubrick, etc) and me with a honeycomb choc top spilt on my Tshirt because that’s just how I roll.
Jude Perl, Comedian

Leadfinger is a very strange band, hard to define, but we are free.
Stew, Leadfinger
I love being on a little boat near home in South West Victoria with a fishing line in the water, the Sun coming up or going down. I also love walking the streets of Melbourne or Manhattan or many of the beautiful towns and villages of Ireland or anywhere. My partner and my family are central to it all. I also love being in the midst of a great music session, anywhere, anytime, being transported into the soul of the Universe.
Shane Howard
Book clubs, philosophy and extreme black metal
Elsen Price

When I’m not working in the studio or doing shows I’m at home with my partner and our baby so I guess they are my scene.
Way of the Eagle
I like to be out in the nature, to get away. Go to the woods. My dad lives in the woods. Maybe once or twice a year I don’t have phone reception there is no Wi-Fi
Fredrik Åkesson, Opeth

Act III, Scene VI of King Lear. A tense and gripping scene wherein the ageing king informs his three daughters that they have all been accepted as contestants on Family Feud.
Ben Pobjie, comedian
I like to think that I belong to the head-strong Independent Music Scene – where we – musos and audience and everyone in between – all make gigs/tours, recordings, releases happen for ourselves and work our arses off to keep it going for the rest of our lives – all for the love of Music!
Florelie Escano
All the kids who weren’t cool at school and still aren’t. Those people who didn’t manage to become awesome artists and uber hip performers. The raggy dolls who never found a way to make their raggy doll-ness work for them.
Jonathon Duffy

My scene is driving fast cars and shooting guns.
Ace Frehley
Going to the river on sunny afternoons with the blow up dingys and resting your beers on lily pads.
The Frowning Clouds
Currently, I’m completely enveloped by writing my book; trying to complete the manuscript for my tome.
Jeff Duff