New shows have been added to DYLANesque, the 2-hour show celebrating the life, times and music of the legendary Bob Dylan.

Jeff Jenkins, lead singer, opens the show with a tale from 1961, when a young 19 yr old hitch-hiked his way from Duluth Minnesota to New York City with a guitar and $10 in his pocket – and went on to become one of the world’s most successful songwriters of all time.

Starting from his humble beginnings busking in cafes, ‘DYLANesque – The Bob Dylan Story’ is a 2-hour narrated rock show that leads you through the songs and events that shaped Dylan; his relationships and breakups, religious conversions, the dramatic scenes when Bob ‘went electric’ at Newport Folk Festival in 1965, how he went from playing solo to playing with The Band, through all his incarnations including the much loved Travelling Wilbury’s. This Bob Dylan tribute is a theatre piece that takes you on a moving and powerful musical journey.

Jenkins performs with an electrifying 4 piece band giving incredible performances of ‘Blowin in the Wind’, ‘Lay Lady Lay’, ‘Tangled up in Blue’, ‘Rolling Stone’, ‘Hurricane’, ‘All Along the Watchtower’ and many more – this is a show not to be missed!

“I saw Bob Dylan in concert but I prefer the DYLANesque version” – Phil Kafcaloudes, ABC radio

“Fantastic…and that’s from someone who knows the words – and intonations – of every single Dylan song!” – Jill Fraser, TV Producer 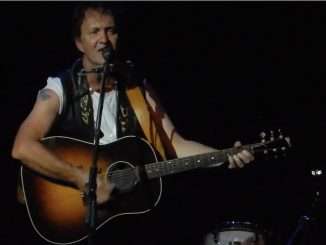 Well I’m still looking for my scene, and I think I might have found it. Between the pages of What’s My Scene Magazine.
Dave Faulkner, Hoodoo Gurus
Act III, Scene VI of King Lear. A tense and gripping scene wherein the ageing king informs his three daughters that they have all been accepted as contestants on Family Feud.
Ben Pobjie, comedian
Hot, hot lovers
Luke Monks, Gay Paris

The car wash scene from Cool Hand Luke will do just fine thank you.
Old Gray Mule
Currently its the Yarra River Trail I’m walking along. Generally my scene would be Melbourne. Nothing feels or compares to home.
Simon McConnell, The Delta Riggs
The beach. Tea with gin at your grandparents house. They have the best stories.
Betty & Oswald

Flanelette pyjama pants.
Timberwolf
Cool venues with good beer on tap that don’t mind us getting loud and getting room grooving so hard you feel the floor shaking.
Papa G and The Starcats

I love being on a little boat near home in South West Victoria with a fishing line in the water, the Sun coming up or going down. I also love walking the streets of Melbourne or Manhattan or many of the beautiful towns and villages of Ireland or anywhere. My partner and my family are central to it all. I also love being in the midst of a great music session, anywhere, anytime, being transported into the soul of the Universe.
Shane Howard
Our scene is this big gorgeous wide world we live in all its majestic splendour!
Kim Salmon, The Darling Downs

Going to the river on sunny afternoons with the blow up dingys and resting your beers on lily pads.
The Frowning Clouds
Our scene is in the city of Bath, a small city with a very big musical identity, we play the British festivals and I am also in the ’choirs scene’. We are also in other bands for fun, music all the way, roll on summer!
Su Hart, Baka Beyond

I like to think that I belong to the head-strong Independent Music Scene – where we – musos and audience and everyone in between – all make gigs/tours, recordings, releases happen for ourselves and work our arses off to keep it going for the rest of our lives – all for the love of Music!
Florelie Escano
Deep 70s disco, wonky synths, shady lyrics, fairy lights and cheap wine.

When I’m not working in the studio or doing shows I’m at home with my partner and our baby so I guess they are my scene.
Way of the Eagle
Cool small bars with good food, good wine, good company
The Backsliders
Tunes, mates, and honesty. No dickhead policy!
Buddha In A Chocolate Box
If you’re a Max Chillington then you’re our scene.
Gunslingers

I’m in with the Out-Crowd
Dave Warner