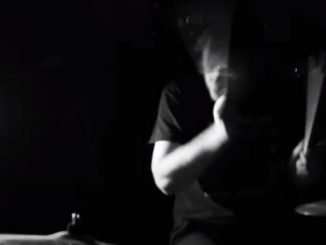 Right now it’s a room with no lights on. An unmade bed. A laptop with 9% battery and a mosquito that just refuses to die.
Dave Larkin, Dallas Crane
My scene is at the moment Big Wongs General Tsos Chicken as I get sauce on the keys typing to you :-)
Brian Mackey

Flanelette pyjama pants.
Timberwolf
When I’m not working in the studio or doing shows I’m at home with my partner and our baby so I guess they are my scene.
Way of the Eagle
The car wash scene from Cool Hand Luke will do just fine thank you.
Old Gray Mule
Alice likes the Google. Sime likes taxidermy. It’s a pretty happening scene.
Sweet Jean

Going to the river on sunny afternoons with the blow up dingys and resting your beers on lily pads.
The Frowning Clouds
My scene is finding any excuse to dance with my 2 year old daughter Ruby.
Matthew Hardy, Comedian

My scene is driving fast cars and shooting guns.
Ace Frehley
Leadfinger is a very strange band, hard to define, but we are free.
Stew, Leadfinger
I like to be out in the nature, to get away. Go to the woods. My dad lives in the woods. Maybe once or twice a year I don’t have phone reception there is no Wi-Fi
Fredrik Åkesson, Opeth

Well I’m still looking for my scene, and I think I might have found it. Between the pages of What’s My Scene Magazine.
Dave Faulkner, Hoodoo Gurus
Any scene with Al Swearangen & Mr. Wu from the show Deadwood ;)
Mathas