“Can’t Apologise relates to the dilemma faced by friends tempted to take it to the next level. What happens when he/she gets with someone else, sacrificing both the relationship and the friendship? How DO you have your cake and eat it too??”

Starting in 1997, Anaid’s self-funded and self-produced feral-folk debut stood out amongst the hip hop and teen-pop that was dominating the 90’s airwaves, spawning the #1 alternative hit I Go Off, and leaving many to wonder if this young mum was just another one trick pony.

Diana’s follow up I Don’t Think I’m Pregnant saw her receive her 5th ARIA nomination and her second inclusion in Triple J’s Hottest 100, crossing into commercial radio with Don’t Believe In Love and silencing those who had placed her in the one-hit-wonder pile.

With comparisons to Liz Phair, P.J Harvey and Ani DiFranco, Diana Ah Naid (as she was known until changing it to the palindromic Anaid) in 2004 cracked the U.S market with Last Thing and her ‘No Boys Allowed’ campaign, which saw the single climb into the Billboard Top40.

Anaid is a stand-out musician who “continues delivering authentic, original music” (Kathy McCabe)”, and is a pioneer of a “Different kind of girl power” (Music Network)

Scene News: Violent Femmes prove: We Can Do Anything 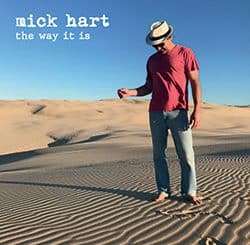 My scene is driving fast cars and shooting guns.
Ace Frehley
The beach. Tea with gin at your grandparents house. They have the best stories.
Betty & Oswald

Act III, Scene VI of King Lear. A tense and gripping scene wherein the ageing king informs his three daughters that they have all been accepted as contestants on Family Feud.
Ben Pobjie, comedian
Aside from music and everything creative, I love open-mind people, unexpected humour, seeing the world and nature, riding my bicycle, playing billiards. I’m also a fan of coffee, whiskey and most things vintage.
Jessica Stuart Few

Cool small bars with good food, good wine, good company
The Backsliders
Well I’m still looking for my scene, and I think I might have found it. Between the pages of What’s My Scene Magazine.
Dave Faulkner, Hoodoo Gurus
My family, my friends, my home.
Cory Putman, Norma Jean

I’m in with the Out-Crowd
Dave Warner
Anywhere there is good company, great conversation, and a glass of red.
Helen Perris

The car wash scene from Cool Hand Luke will do just fine thank you.
Old Gray Mule
Our scene is folk that are interested in change. Not just music, but breaking the norm, the boundaries and stereotype of Australian ’rock/pop’ music. Unpredictable, the question marks, the new jokers in town. Don’t Believe The Haze.
Slumberhaze

Leadfinger is a very strange band, hard to define, but we are free.
Stew, Leadfinger
Going to the river on sunny afternoons with the blow up dingys and resting your beers on lily pads.
The Frowning Clouds
Alice likes the Google. Sime likes taxidermy. It’s a pretty happening scene.
Sweet Jean

When I’m not working in the studio or doing shows I’m at home with my partner and our baby so I guess they are my scene.
Way of the Eagle
World/folk. Acoustic and proud of it!
Ilana Cravitz, The London Klezmer Quartet

Right now it’s a room with no lights on. An unmade bed. A laptop with 9% battery and a mosquito that just refuses to die.
Dave Larkin, Dallas Crane
I love being on a little boat near home in South West Victoria with a fishing line in the water, the Sun coming up or going down. I also love walking the streets of Melbourne or Manhattan or many of the beautiful towns and villages of Ireland or anywhere. My partner and my family are central to it all. I also love being in the midst of a great music session, anywhere, anytime, being transported into the soul of the Universe.
Shane Howard
Currently, I’m completely enveloped by writing my book; trying to complete the manuscript for my tome.
Jeff Duff