The Deni Ute Muster announced the full program of music and entertainment in store when the gates open in two months to celebrate 20 years of mateship on Friday, 28 and Saturday, 29 September 2018.

Tickets to the 20th birthday celebration have been selling like proverbial hotcakes with our Muster Adorer ticket allocation selling out within 2 hours of going on sale. Early Bird ticket allocations have also sold out and General Admission tickets are on sale now. 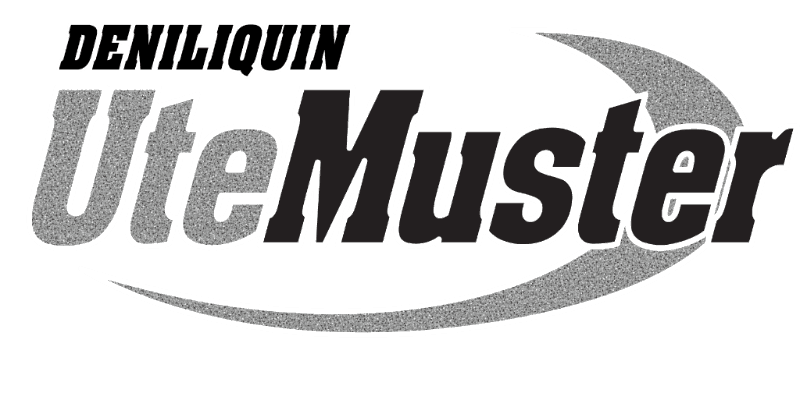 Reserved camping in the Edward River Flat, Wheat Fields, Rice Paddy and Peppin Paddock campsites have all sold out with limited sites still available in Redgum, Stockyards, Oat Central and Sheep Run. Attendees are urged to be quick to ensure they don’t miss out on reserving their base.

Kicking off the music on the Sunrise Day Stage on Friday morning are crowd favourites the Bush Poets with Pete Denahy, a flashback to our first Muster with Gomer & The Girl, The North Westers, Iain Archibald and 2018 Toyota Starmaker winner, Brad Cox, all appearing throughout the day.

Our Muster MC, Amber Lawrence will also perform her Kid’s Gone Country show on the Sunrice Day Stage on both Friday and Saturday mornings and the Wild Action team will bring our little Musterers face-to-face with some of Australia’s rich and diverse fauna with three shows per day across the weekend.

Saturday morning’s line-up includes Bush Poets, Deni Showcase and the Deni Uke Muster joining the celebration before the Blue Singlet Count kicks off in the Main Arena at 12.45pm. Once counting has completed, the Sunrice Day Stage lights up again with Ruby Saltbush, for their Muster debut, Ben Ransome, Jay Seeney, Paul Reid and Natalie Pearson taking us through till sunset.

The Deni Ute Muster is one of the top ‘bucket list’ events in Australian and annually attracts close to 20,000 people of all ages to celebrate all things laconically Australian and, of course, the iconic ‘ute’. Celebrating its 20th birthday this year, the Deni Ute Muster is thrilled to be welcoming International Superstar, Carrie Underwood to the celebrations as well as homegrown faves Kasey Chambers, Busby Marou, Troy Cassar- Daley, Thirsty Merc, Gord Bamford, Travis Collins, Fanny Lumsden, The Pigs, Amber Lawrence, Doug Bruce & The Tailgaters and Kirsty Lee Akers.

The Deni Ute Muster is an all Aussie extravaganza with bucketloads of fun to keep the whole family entertained across the weekend.

Between the music and the AFL Grand Final on the big screen, there is wood chopping and whip cracking demonstrations, the World Record Blue Singlet Count, Ute Count, Show N Shine, the Bull Ride Spectacular, Brophy Bros Circus, Bob the Butcher, Peter Hodge Camel Rides and the Circlework, Barrel Race and Go to Wo competitions.

World Champion Sand Sculptor, Dennis Massoud, or Sandman as he is more commonly known, will be sculpting two incredible pieces of birthday art across the weekend while over in the Deniliquin Freighters Sports Arena, the Australian Ride on Lawn Mower Racing Association will be setting the pace with their modified ride on mowers reaching up to speeds of up to 100km/phr for the return of Lawn Mower Races.

There will also be fishing demonstrations at the Shimano Fishing Tank Show and, for the first time, Musterers can head to the combat zone for a game of Laser Tag.

And the fun and games don’t stop there. The Decentralised Demountables Family Centre will be open from 9am each day with free children’s activities including face painting, bubble blowing, stilt walking, hookey and much more.

And a Deni Ute Muster wouldn’t be complete without the rides! Over in Carnival Corner there’s rides for all our large and small adrenaline junkies as well as Australia’s Largest Jumping Castle – Fantasy Island. And it’s not just for the kids, adults are welcome to get their bounce on too.

In its first year (1999), the Deni Ute Muster had approximately 5,000 patrons and set a new Guinness World Record for the greatest number of legally paraded utes at 2,839 – a record which still stands today. Since 1999 the Deni Ute Muster has become the region’s biggest tourist drawcard and a celebration of all things Australian.

The Deni Ute Muster has amazing community support with more than 1,000 volunteers mobilising each year to help put on the event which donates close to $100,000 back to community groups.

Deni Ute Muster General Manager, Vicky Lowry, said today, “We are now on the countdown to our 20th Deni Ute Muster. We are very excited and proud to be able to soon share one of our biggest years of entertainment catering for the young in their utes to families and seniors. Each year the program is expanded to cater for all demographics but the tradition on which the Deni Ute Muster was originally based in 1999 has not been forgotten”.

“As one of the country’s premier regional events, the Deni Ute Muster encapsulates the uniqueness and vibrancy of Australia’s rural heritage and culture and we’re delighted to be celebrating the event’s 20th birthday this year,” Mr Marshall said.

“Since its inception the event has grown steadily, generating considerable economic benefit for the region. With a sensational program scheduled across two days, I encourage visitors to start planning their trip to Deniliquin for the chance to experience this standout regional event.”

Photos and bios of the Main Stage artists can be downloaded here (https://www.dropbox.com/sh/t2z2dn2qla3d5p9/AAAw-Y_5_Voqms7WkGCXV48xa?dl=0) .

All Early Bird and Muster Adorer tickets are SOLD OUT. General Admission tickets are available at www.deniutemuster.com.au.

Media Accreditation for the 2018 Deni Ute Muster is open now and the application form can be completed here (https://www.deniutemuster.com.au/media/) .

The Deni Ute Muster is proudly supported by the NSW Government via its tourism and major events agency, Destination NSW.

Obviously to create music. My family. I love driving my Ferraris.
Yngwie Malmsteen
The Astor Theatre on chapel st. Old cinema with copious amounts of atmosphere playing classic films (Chaplin, Gene Kelly, Kubrick, etc) and me with a honeycomb choc top spilt on my Tshirt because that’s just how I roll.
Jude Perl, Comedian
Hot, hot lovers
Luke Monks, Gay Paris
What’s my scene? well…
And another thing I’ve been wondering lately
Oh, baby,
Tell me where have you been?
Now the stage is set
Where’s my Juliet, baby?
Is it maybe
My Midsummer Night’s Dream?
What’s my scene?
Clowns
My bedroom
Nantes
Country roots, old time, bluegrass, folk, Americana scene Traditional plus :)
Whitetop Mountaineers
Cool venues with good beer on tap that don’t mind us getting loud and getting room grooving so hard you feel the floor shaking.
Papa G and The Starcats
Our scene is this big gorgeous wide world we live in all its majestic splendour!
Kim Salmon, The Darling Downs
My scene is at the moment Big Wongs General Tsos Chicken as I get sauce on the keys typing to you :-)
Brian Mackey
I don’t wish to belong to any scene that would have me as a member (with thanks to Groucho Marx).
Bob Spencer, Raw Brit
Cool small bars with good food, good wine, good company
The Backsliders
No set scene. We have played with a variety of bands from King Parrot to The Datsuns. Offer us a show and give us a try!
Los Hombres Del Diablo
All of the above and more in my shed every Friday night
Hound
Anywhere there is good company, great conversation, and a glass of red.
Helen Perris
The car wash scene from Cool Hand Luke will do just fine thank you.
Old Gray Mule
Melbourne. Nowhere else is as great as Melbourne.
Brat Farrar
The TV show “Full House
World Wild
Ep. 1 Series 3 of BBC’s ’Sherlock’ where Sherlock bungee jumps through a window and kisses Molly Hooper.
Miss Adelaide Everheart from Early Burley Burlesque
I like the beach more than anything. The beach feels like home all year round. In terms of a scene…I actually prefer to hermit most of the time.
Abbe May
Book clubs, philosophy and extreme black metal
Elsen Price
Art is my scene. No labels, restrictions or judgement. I love art in all it’s varied glory.
The Last 5 Queers
Our scene is folk that are interested in change. Not just music, but breaking the norm, the boundaries and stereotype of Australian ’rock/pop’ music. Unpredictable, the question marks, the new jokers in town. Don’t Believe The Haze.
Slumberhaze
Well these days my scene tends to revolve around my computer and being nudged by my dog to take her out for a walk. And then having my wife shout at me for spending time on my computer. I’m loving it actually. I’m quite relishing that scene. I miss them both very much.
Peter Hook, Joy Division/New Order/The Light
I have no idea what my scene is; I have been listening to Dubstep and a bit of Drum N Bass. I found a lot of Hip Hop and RnB stuff is getting very interesting again it is pushing different sounds out. I’ve been really into cycling since the early ‘90s; racing mountain bikes and racing road bikes. So between cycling and music there is not much time left, a bit of sleep now and again.
Mike Edwards, Jesus Jones
Staying home out of harms way.
Peter Milley, Cairo Club Orchestra
Right now it’s a room with no lights on. An unmade bed. A laptop with 9% battery and a mosquito that just refuses to die.
Dave Larkin, Dallas Crane
Our scene is in the city of Bath, a small city with a very big musical identity, we play the British festivals and I am also in the ’choirs scene’. We are also in other bands for fun, music all the way, roll on summer!
Su Hart, Baka Beyond
Deep 70s disco, wonky synths, shady lyrics, fairy lights and cheap wine.