Copperline have released their debut single, ‘Woman’s Touch’, off their upcoming album ‘Rusty Fords and Weatherboards’.

A new Sydney-based four piece, Copperline are the troubadours and travellers sharing the stories you never knew you needed to hear. Made up of Brad Christmas (vocals, guitar, piano), Richie Gosling (bass, guitar, vocals), Paul Handel (guitar, vocals) and Gareth Richards (drums), Copperline is the culmination of years spent individually traversing the Australian musical landscape, down highways and byways to low-lit bars and far-flung pubs.

‘Woman’s Touch’ tells the story of a break up through a nostalgic lens, says Brad, ‘looking back at all the little things that person did to brighten up my life. It’s not all heartbreak and crying into my beer.’

Produced at Sound Hole Studios by Shane Nicholson – 2013 Country Music Awards Producer of the Year – the high tempo track serves as an energetic introduction to Copperline and the unflinchingly human stories they tell. ‘It was a joy to work with Shane on this song,’ says Brad, because ‘he helped us find its beating heart and release its inner twang.’

While the inspiration for ‘Rusty Fords and Weatherboards’ as a whole comes from the band members’ experiences on the road and the characters they encountered along the way, ‘Woman’s Touch’ comes from a more vulnerable place. ‘Things were said too little and too late,’ sings Brad, though Copperline’s brand of humorous, heartfelt storytelling couldn’t come at a better time.

Though Copperline is a brand new project, the boys have toured extensively over the years and are no strangers to the scene. They’re excited to bring twang and the delta blues to a new audience, and impatient to get back to what they do best: hitting the road and writing new stories. 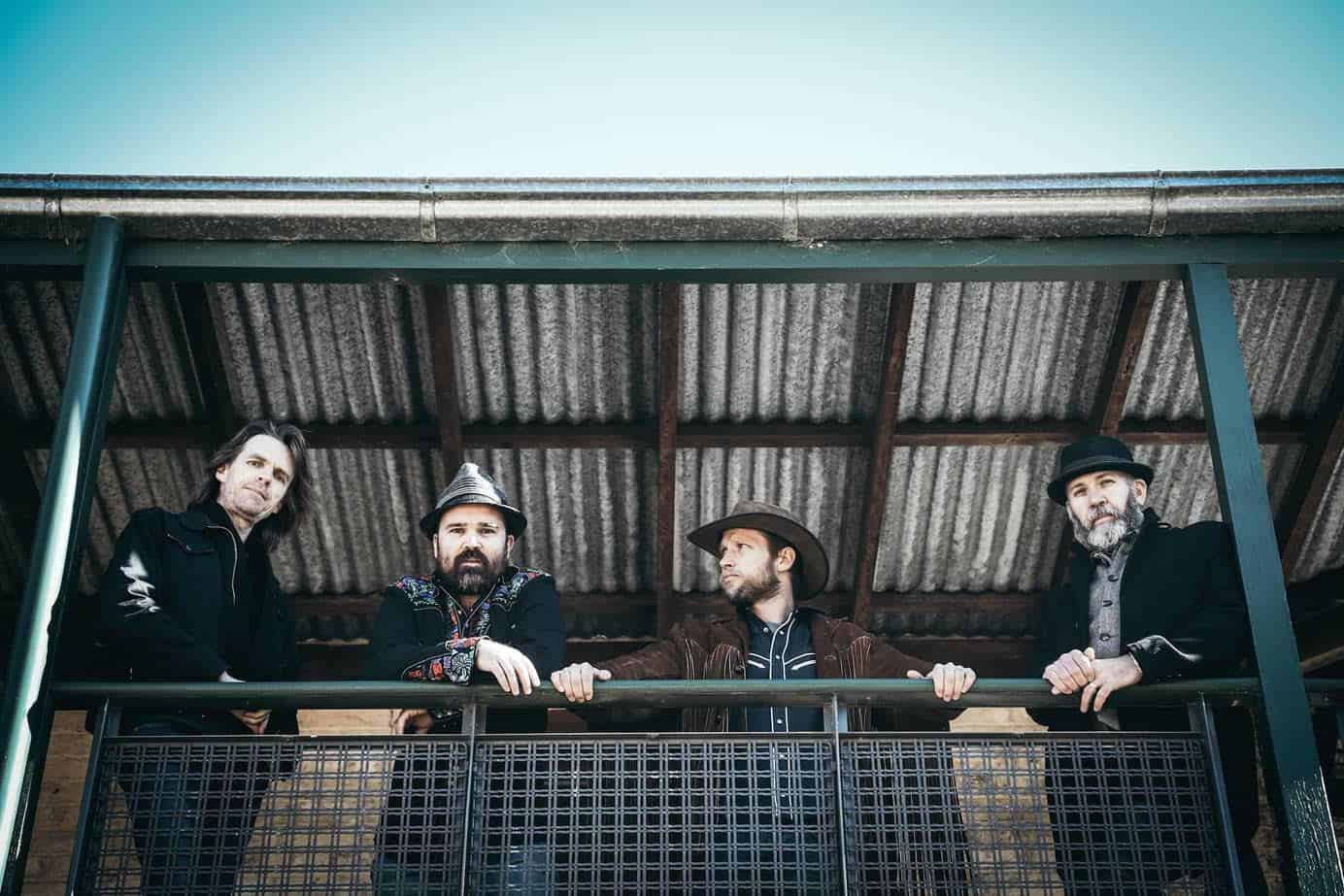 You can catch Copperline performing on the following dates:

Right now it’s a room with no lights on. An unmade bed. A laptop with 9% battery and a mosquito that just refuses to die.
Dave Larkin, Dallas Crane
Flanelette pyjama pants.
Timberwolf
Well I’m still looking for my scene, and I think I might have found it. Between the pages of What’s My Scene Magazine.
Dave Faulkner, Hoodoo Gurus
Art is my scene. No labels, restrictions or judgement. I love art in all it’s varied glory.
The Last 5 Queers

I’m in with the Out-Crowd
Dave Warner
Anyone who welcomes a hairy, gold wearing, hot air blowing idiot to a dinner table is my scene.
Henry Wagons

Currently its the Yarra River Trail I’m walking along. Generally my scene would be Melbourne. Nothing feels or compares to home.
Simon McConnell, The Delta Riggs
All the kids who weren’t cool at school and still aren’t. Those people who didn’t manage to become awesome artists and uber hip performers. The raggy dolls who never found a way to make their raggy doll-ness work for them.
Jonathon Duffy

Tunes, mates, and honesty. No dickhead policy!
Buddha In A Chocolate Box
The car wash scene from Cool Hand Luke will do just fine thank you.
Old Gray Mule
It’s Thonbury. It’s my dreaming. I’ve lived here 30 years and it’s evolved with me. The more I drink wine, the more wine bars appear in the neighbourhood. The more I eat, the more cafes appear in the neighbourhood. Fantastic.
Denise Scott, Comedian

Going to the river on sunny afternoons with the blow up dingys and resting your beers on lily pads.
The Frowning Clouds
I don’t wish to belong to any scene that would have me as a member (with thanks to Groucho Marx).
Bob Spencer, Raw Brit

I like to think that I belong to the head-strong Independent Music Scene – where we – musos and audience and everyone in between – all make gigs/tours, recordings, releases happen for ourselves and work our arses off to keep it going for the rest of our lives – all for the love of Music!
Florelie Escano
Cool venues with good beer on tap that don’t mind us getting loud and getting room grooving so hard you feel the floor shaking.
Papa G and The Starcats