Featuring punk icons, pop stars and fashion trail blazers, Groundbreaking Fashion reveals the most iconic looks and fashion game-changers for the past century

The modern history of fashion has always had significant turning points that altered everything that came afterwards – from the first outing of Chanel’s little black dress and the scandal of the first mini-skirt to Alexander McQueen’s armadillo shoes and Jean Paul Gaultier’s cone bra for Madonna. This book honours and celebrates these groundbreaking fashion moments.

Each of the 100 fashion turning points is illustrated and put into its historical context – how and why it was ahead of the curve. The emphasis is on the designer who created it, the celebrity or personality who wore it and why it was groundbreaking in terms of the social and cultural shift it created.

Jane Rocca has been a fashion and music journalist for the past 21 years. She writes regularly for popular Australian magazines and newspapers including: Harper’s Bazaar, Rolling Stone, HQ and The Age. In the US, her work has appeared in Women’s Wear Daily and Flare. In the UK she writes for the The Face and i-D.

Her previous books include The Cocktail, Cocktails and Rock Tales and The Fashionable Cocktail.

Juliet Sulejmani is a Melbourne based illustrator and fashion designer. She’s the founder and editor of The Juliet Report, a platform that aims to inspire and enlighten its readers. Aside from her obvious love of art, Juliet is a coffee loving, donut eating, burger obsessed flaneuse. See her work at:  thejulietreport.com 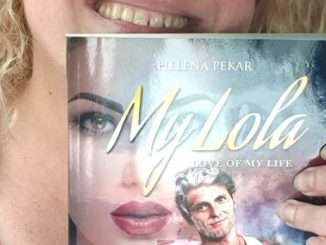 Q &A Scene: Helena Pekar – My Lola-Love of my Life

I’m in with the Out-Crowd
Dave Warner
Going to the river on sunny afternoons with the blow up dingys and resting your beers on lily pads.
The Frowning Clouds
I don’t wish to belong to any scene that would have me as a member (with thanks to Groucho Marx).
Bob Spencer, Raw Brit

The car wash scene from Cool Hand Luke will do just fine thank you.
Old Gray Mule
I just do my best to live a life full of the things I love. Rock’n’roll, photography, New York City – they are three things right there that I love a lot!
Paul Miles

My scene is driving fast cars and shooting guns.
Ace Frehley
My scene is Brunswick. I love it. It provides me with just about everything I need.
About Charlie Marshall

Tunes, mates, and honesty. No dickhead policy!
Buddha In A Chocolate Box
Cool venues with good beer on tap that don’t mind us getting loud and getting room grooving so hard you feel the floor shaking.
Papa G and The Starcats

I like to think that I belong to the head-strong Independent Music Scene – where we – musos and audience and everyone in between – all make gigs/tours, recordings, releases happen for ourselves and work our arses off to keep it going for the rest of our lives – all for the love of Music!
Florelie Escano
Leadfinger is a very strange band, hard to define, but we are free.
Stew, Leadfinger