The Clouds announce today that they are hitting the road on a national tour in November to support the release of a brand new single ‘Beautiful Nothingness’ and to answer the call from fans around the country.

Following the recent resurgence in interest for Clouds’ music and the great success touring nationally as support to Blondie and Cyndi Lauper earlier this year, the Clouds plan to fulfil their promise to fans with a headline tour to all major Australian cities this November. They’re bringing new music to their setlist too.

After launching the EP Zaffre in February this year, with Mabel’s Bookshop as the single, they’ve been busy writing and recording new music. The tour will be named after their new single, Beautiful Nothingness, due for release on Monday 16th October 2017.

The Clouds have been in the public eye recently, with Jodi and Trish hosting Double J’s Artist in Residence for the month of July, featuring 3 live versions of The Clouds’ hits; Say It, 4pm and House of the Sun. The first two were shared as videos on Double J’s social media and generated a lot of interest and many new followers. This came hot on the heels of several Clouds songs appearing on Double J’s 90s best of lists, along with features of The Clouds and their female guitar playing harmonic frontwomen, Jodi Phillis and Trish Young. The Clouds were also guest programmers on ‘rage’ in June and Jodi and Trish featured at Sydney Writer’s Festival in May this year. Various releases on compilations rounded out all this activity.

In a perfect pairing, The Clouds will be joined on the road by best friends, Falling Joys. Old touring partners from the 90s, the Joys and the Clouds did many a lap of the country together creating many a rock memory for audiences and fans. This exclusive tour arrangement will see the first tour in 20 years for Falling Joys and will feature the classic Joys’ line up of Suzie Higgie (Gtr/Vox), Stuart G Robertson (Gtr), Pat Hayes (Bass/Vox) and Peter Velzen (Drums/Vox).

Head to www.thecloudsofficial.com for tour info and official merchandise.

Tickets are available exclusively through www.oztix.com.au 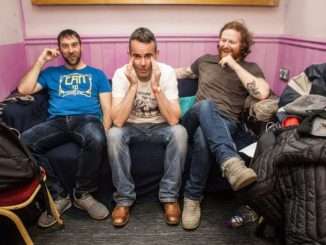 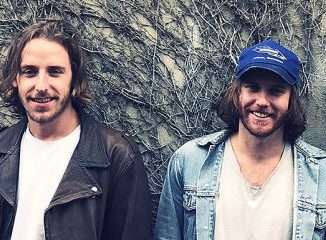