Australian native and US television star, Clare Bowen, is thrilled to reveal that she will return home to play a special run of headline shows this May. The East Coast tour will begin at Melbourne’s Corner Hotel on Wednesday 25th May, before continuing north to Sydney’s Oxford Art Factory on Thursday 26th May, Anita’s Theatre in Thirroul on Friday 27th May, and closing at Brisbane’s The Triffid on Monday 30th May.

Raised on the South Coast of NSW, Clare Bowen appeared in local programs Home and Away, All Saints, and The Cut. It was her starring role in highly controversial film The Combination though, that shot Clare to critical acclaim, placing her firmly on the map, to be followed by a role alongside Ryan Kwanten in 2012’s local feature film, Not Suitable For Children. Relocating to the United States shortly thereafter, Clare caught her big break in 2012, employing her stunning vocals as singer-songwriter Scarlett O’Connor on the hit US television series NASHVILLE, which airs on Foxtel’s SoHo in Australia.

An accomplished live performer, Clare has taken the stage at numerous iconic US venues, including the Grand Ole Opry and the Ryman Auditorium, among others. Watch Clare’s raucous rendition of ‘Learn To Love Again’, performed live with her brother Tim Bowen at the Opry here.

On her debut Australian tour, Clare will showcase a collection of original songs and NASHVILLE series covers, showing off her powerfully stirring vocals and supported by a full band. She is currently working with A-list producers on her debut solo album, due out later this year.

Now wrapping its fourth season, NASHVILLE has chalked up a slew of accolades; it was nominated for Favourite New TV Drama at the US People’s Choice Awards in 2013 and 2014, with a number of the show’s soundtracks reaching the top of the US Country Album Chart.

Australia, get ready to welcome Clare Bowen back to home soil this May when she takes stages around the country with full band in tow; it’s sure to be a treat for all music lovers!

NASHVILLE airs Thursdays at 9:15pm, Express from the US, on Foxtel’s SoHo.
TICKETS ON SALE FRIDAY 15TH APRIL, 10AM LOCAL TIME 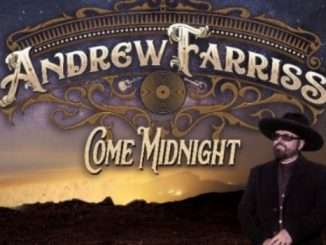 The car wash scene from Cool Hand Luke will do just fine thank you.
Old Gray Mule
Obviously to create music. My family. I love driving my Ferraris.
Yngwie Malmsteen

I like to think that I belong to the head-strong Independent Music Scene – where we – musos and audience and everyone in between – all make gigs/tours, recordings, releases happen for ourselves and work our arses off to keep it going for the rest of our lives – all for the love of Music!
Florelie Escano
My family, my friends, my home.
Cory Putman, Norma Jean

When I’m not working in the studio or doing shows I’m at home with my partner and our baby so I guess they are my scene.
Way of the Eagle
It’s a delirium, really, but I like to live like this.
Hugo Race

My scene is driving fast cars and shooting guns.
Ace Frehley
All of the above and more in my shed every Friday night
Hound

Going to the river on sunny afternoons with the blow up dingys and resting your beers on lily pads.
The Frowning Clouds
Cool venues with good beer on tap that don’t mind us getting loud and getting room grooving so hard you feel the floor shaking.
Papa G and The Starcats

Leadfinger is a very strange band, hard to define, but we are free.
Stew, Leadfinger
Our scene is folk that are interested in change. Not just music, but breaking the norm, the boundaries and stereotype of Australian ’rock/pop’ music. Unpredictable, the question marks, the new jokers in town. Don’t Believe The Haze.
Slumberhaze

Well I’m still looking for my scene, and I think I might have found it. Between the pages of What’s My Scene Magazine.
Dave Faulkner, Hoodoo Gurus
I am a simple man. My scene is simple. I like playing metal and spending time with my family.
Waclaw ”Vogg” Kieltyka, Decapitated