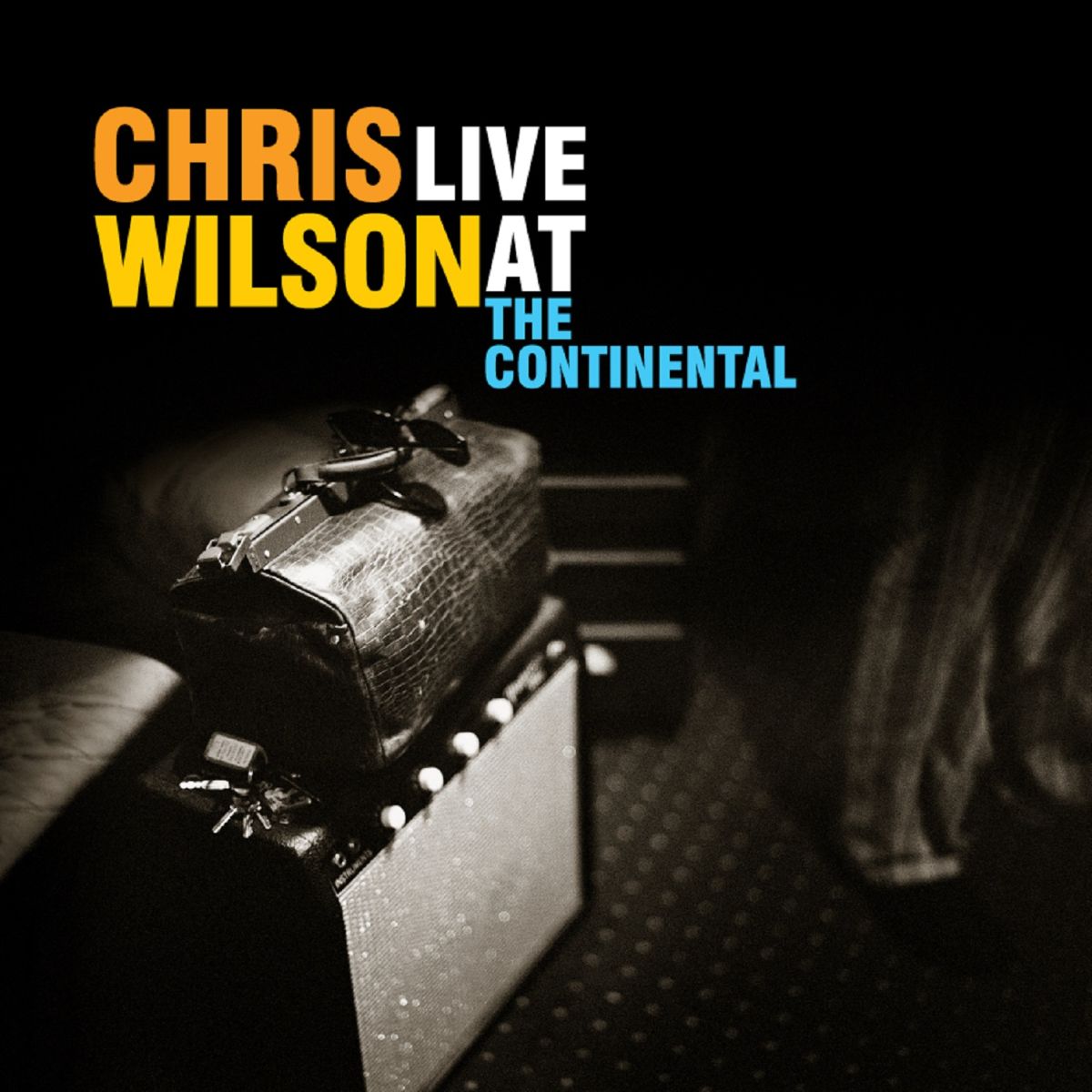 Originally recorded and released in 1994 after Chris had released his first solo album on Mushroom’s Aurora label, Live At The Continental is an intimate recording, made at a beloved venue, of the Melbourne blues, country, folk and roots-rock master, accompanied only by long-time sideman Shane O’Mara on guitar, and Australian jazz luminary Jex Saarelaht on piano. The album holds a singular place in a singular career; it is an Australian classic and was the subject of a documentary film that premiered in 2017 at the St Kilda Film Festival.

The original nine-song CD was expanded with extra material in a low-key fifteen-song independently released double CD back in 2007. That edition has now been remastered with yet more material – seventeen tracks in all – for a new double CD, and, for the first time ever, a vinyl edition. The initial double LP edition will be available in a limited run of yellow and black vinyl, matching the colours of Chris’s beloved Richmond Football Club. 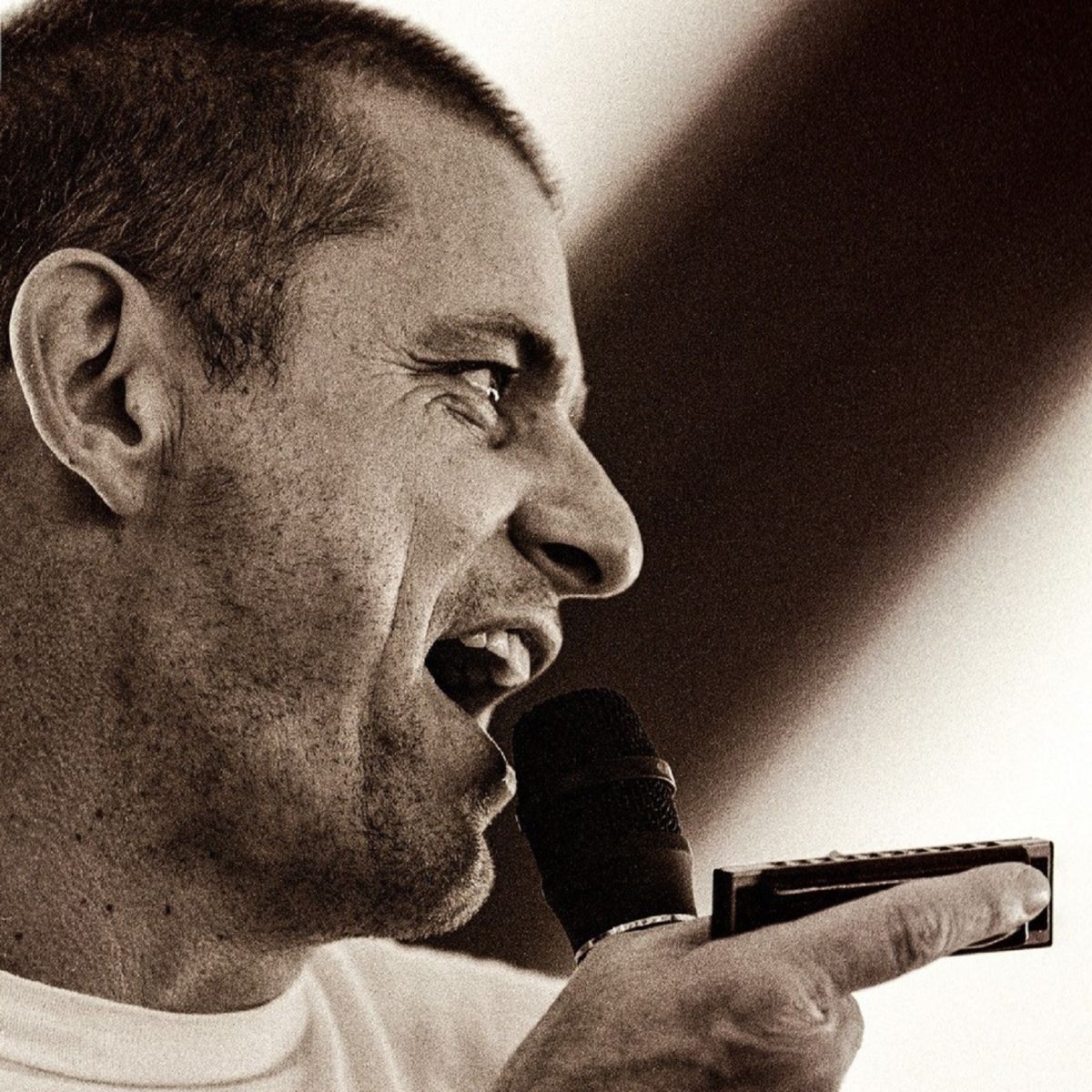 Chris Wilson was a giant of Australian blues and roots music. A big man with a big voice and an even bigger heart, he followed in the footsteps of early pioneers like Dutch Tilders, Matt Taylor and Broderick Smith (and led the way for the likes of Jeff Lang, Ash Grunwald and the Teskey Brothers) and took his feeling for blues into the rock and punk worlds, eventually becoming the heart and soul of Melbourne’s legendary thriving live scene.

Wilson began his career with the pub R&B/soul rocking Sole Twisters before joining heavy hitting post-punk blues enthusiasts Harem Scarem in time for their revered Pilgrim’s Progress album  – taking centre stage with his harp on their burning version of Iggy & The Stooges’ “Open Up & Bleed” amongst other great tracks –  in 1986. He was known initially as an instrumentalist; he was often seen with a sax hanging off his neck but it was his harp playing that quickly drew attention. In the late ‘80s and early ‘90s, he was adding harp to the work of friends Hunters & Collectors (he played on 1987’s What’s a Few Men), Crowded House on their album Woodface, punk-rock legends X, and most famously, Paul Kelly & The Coloured Girls (and most famously there on “Dumb Things”), with whom he undertook a 45-date North American tour.

Soon enough Chris found his voice upfront of his own group, Crown of Thorns. And what a voice it was; a rich, elastic baritone that fearlessly traversed areas that few since Tim Buckley had ventured through.  At the same time Wilson also made his mark as a songwriter, and seemingly overnight he became the complete package.

Local success for records by Crown of Thorns and another project, The Pubdogs, featuring “Evil” Graham Lee of Triffids/Coloured Girls fame – all released on a label run by 3RRR’s revered blues DJ Max Crawdaddy – led to a deal with Mushroom’s Aurora label, home also to Archie Roach. Debut solo album Landlocked followed and in 1993 he was nominated for best male artist and breakthrough artist at the ARIAs. That in turn was followed by Live at the Continental, which soon became his fans’ favourite, and which had a deep resonance with many.

In 1996, Mushroom paired him up with Diesel as Wilson Diesel for the hugely successful Short Cool Ones – a top 20 smash. The sprawling double CD The Long Weekend followed in 1998 and showed the huge potential of his appeal to an audience of pub-going rock fans who grew up on the Dingoes and Cold Chisel and the like. Along the way Chris opened for both Bob Dylan (who sought him out backstage to shake his hand) and Elvis Costello and earned himself a clutch more ARIA nominations.

Chris soon turned away from the spotlight, preferring to play local and hang with his young and also musical family; wife Sarah Carroll was a member of much-loved country trio Git amongst other projects. They moved down to the Bellarine Peninsula, and Chris continued life and work as a harmonica teacher, running programs for boys at local schools and phoning in music book reviews to 3RRR-FM’s influential Off The Record program.  And the music still flowed. New albums, new projects, and he was by now a scene elder – he had new artists who could use his helping hand.  Late in his life, as sons Fenn Wilson and George Carroll Wilson (aka Pollyman) started making names for themselves on the scene, he recorded a final album featuring his new-found drumming skills and teamed up again with old mate Steve Lucas from X in the roaring pub blues rock band the Heinous Hounds, which featured one time Keith Richards & The X-Pensive Winos member Jerome Smith and another old pal, drummer Ash Davies.

In July 2018, Chris announced that he had been diagnosed with pancreatic cancer and was unlikely to perform again. His final album was released, eponymously titled. A fundraising concert at the Corner Hotel was organised and quickly sold out. Chris passed away on January 16 2019 to an outpouring of grief as great as any that Melbourne had experienced in a long time.

On October 8 2020, it was announced that Chris would be posthumously inducted into the Music Victoria Hall of Fame. Wilson’s family accepted his induction with Sarah Carroll, Fenn Wilson and George Carroll Wilson performing a version of Chris’s powerful ‘Hand Becomes Fist’. An awards ceremony will take place on Wednesday, December 9 at Melbourne Recital Centre, to be live-streamed on musicvictoria.com.au and broadcast on Channel 31.

side b
Rose Tattoo
It Takes a Lot to Laugh, It Takes a Train to Cry
The Sky is Crying
Landlocked

side d
Mystery Train
Mystery Train Part II
Hymn
“You know, I can’t remember the night … I vaguely recall rehearsing at Jex’s house; grand piano squeezed into the corner, walking & talking through the songs as much as playing … it was pretty brief. But I do know that something remarkable, something big happened that night at the Continental. Three souls on stage, songs just under our skin, implicit direction to play unfettered…arrangements sketchy, no plan.

Chris was an incendiary performer & deep songwriter, more than just a revered bluesman. Rooms would be transformed by his performance from brutal to joy to laughter & hushed tears.

He didn’t tell us this was being recorded or perhaps we thought it was only ‘You Will Surely Love Again’ as there is a VHS of this floating around the internet, blurred jittery black & white footage, the only vision captured of the night, there seem to be no photos, thankfully … for the music is all one needs.

This immersive night captured time preserved, Chris’s extraordinary songs; the paean ‘Hymn’, the extraordinary ‘The Changeling’, ‘Face in the Mirror’ funny/brilliant, the contained beauty of ’You Will Surely Love Again’. Three musicians, one voice, one blues harp, a grand piano & Hammond organ, one night never to be repeated.

Chris inhabited the moment, the music, engendered true inspiration, extended the form, a free dive into extempore. All in, give it every- thing you got: that would have been the muttered maxim as we walked on the stage … then it seems something incredible ensued.” – Shane O’Mara (Album liner notes)

The expanded edition of Chris Wilson’s Live At The Continental will be available on double CD, double LP (including a limited coloured vinyl pressing) and all digital platforms and is released by Cheersquad Records & Tapes on January 22, 2021, just in time for Chris’ 65th birthday on the 24th. Distributed by Magnetic South.

“DADDY LONG LEGS takes the blues and turns them inside out, upside down, round about and renews their primal energy. My favorite rompin’ stompin’ New York band of the moment.”   BLUESWAILIN’ NEW YORK COMBO DADDY […]

As they prepared to take to the stage in the town of Arrasate, in Spanish Basque country, for the first show of their long awaited 2022 European tour, Melbourne’s rock’n’roll kings The Casanovas surprised us all by dropping a […]