NO EXTENSION POSSIBLE MUST CLOSE FEBRUARY 23

The multi-award winning, record breaking musical CHICAGO has razzle dazzled across Australia selling out in Sydney and Brisbane with now only 4 weeks to go in Melbourne! Audiences have been flocking to the State Theatre, Arts Centre Melbourne throughout the Summer and are agreeing that this show is not be missed! Produced in Australia by John Frost and Suzanne Jones, this critically acclaimed production must close on February 23.

The sassy musical stars some of Australia’s most talented performers. Starring as the irreverent and determined Roxie Hart, is one of our most versatile entertainers, Natalie Bassingthwaighte and joining her as the empowered and glamorous Velma Kelly is musical theatre star Alinta Chidzey. Much adored Casey Donovan plays the tough and sassy prison warden Matron ‘Mama’ Morton. Playing the role of the cunning and charismatic lawyer Billy Flynn exclusively in Melbourne is Australian superstar Jason Donovan.

Inspired by CHICAGO’s prohibition era, Melbourne audiences have also been enjoying summer nights at The Speakeasy at The Barre at Arts Centre Melbourne as well as some fun at Sofitel Melbourne on Collins where patrons and in room guests can participate in underground syndicates and secret passwords to enjoy their favourite cocktails.

The Kander & Ebb musical has been seen by over 31 million people worldwide in 36 countries and is the winner of six Tony Awards, two Olivier Awards and a Grammy Award. CHICAGO continues to play on Broadway and around the world in multiple languages and is the longest running American musical in Broadway and West End history.

Set amidst the razzle-dazzle decadence of the 1920s, CHICAGO is the story of Roxie Hart, a housewife and nightclub dancer who murders her on-the-side lover after he threatens to walk out on her. Desperate to avoid conviction, she dupes the public, the media and her rival cellmate, Velma Kelly, by hiring Chicago’s slickest criminal lawyer Billy Flynn to transform her malicious crime into a barrage of sensational headlines, the likes of which might just as easily be ripped from today’s tabloids.

* An additional transaction fee may apply 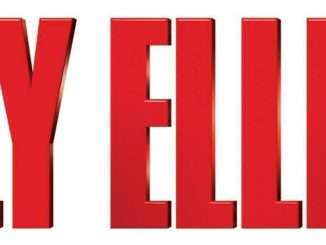 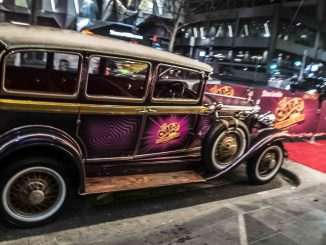 Review Scene: A GOLDEN opening in Melbourne for Charlie and the Chocolate Factory 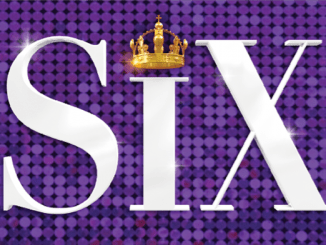 Tunes, mates, and honesty. No dickhead policy!
Buddha In A Chocolate Box
I am a simple man. My scene is simple. I like playing metal and spending time with my family.
Waclaw ”Vogg” Kieltyka, Decapitated

Right now it’s a room with no lights on. An unmade bed. A laptop with 9% battery and a mosquito that just refuses to die.
Dave Larkin, Dallas Crane
“Malcolm Hill is a lifetime member of the Melbourne Music Mafia and part of the ratpack of post punk Melbourne artists who have been keepin’ it real across diverse art forms for thirty years.”
Malcolm Hill

Leadfinger is a very strange band, hard to define, but we are free.
Stew, Leadfinger
The TV show “Full House
World Wild

I like to think that I belong to the head-strong Independent Music Scene – where we – musos and audience and everyone in between – all make gigs/tours, recordings, releases happen for ourselves and work our arses off to keep it going for the rest of our lives – all for the love of Music!
Florelie Escano
Local bands at sticky carpet venues. Vinyl. Social networking. Keeping healthy in order to play full throttle live sets. Loud rehearsals. Good people with creative ideas. PRIMITIVE ROCK.
Jon S Williams of City of Cool

Going to the river on sunny afternoons with the blow up dingys and resting your beers on lily pads.
The Frowning Clouds
All the kids who weren’t cool at school and still aren’t. Those people who didn’t manage to become awesome artists and uber hip performers. The raggy dolls who never found a way to make their raggy doll-ness work for them.
Jonathon Duffy