It’s a brave musician who dares to take a masterwork and reinterpret it. It’s a long-standing tradition, of course, particularly in the world of jazz, but it takes a stout heart and loads of talent to step up to the plate and throw one’s fate to the wind when the source is INXS.

And yet that’s exactly what Cam Giles has done, and knocked it right out of the ballpark. This album is a startling, sexy reinvention of the music of INXS. It’s been translated into the language of jazz and the translation is spellbinding.

It’s smooth, it’s cool and it’s hot…full of unexpected surprises that seem like they’ve always belonged. Like finding that old friend you thought you always knew had secrets all along that they never revealed to you until now.
And Cam is eminently qualified to commit this masterful, wonderful impertinence. He was there at the time. In 1987 a young Cam and a friend were recording demo songs at Sydney studio Rhinoceros with engineer Paula Jones. During this same time INXS were there recording the album ‘Kick’. Michael Hutchence was also recording a few demos of his own and was looking for collaborators. Paula Jones suggested that maybe Michael and Cam could do a track together.

Cam says “A short time later we did a new original track called – Nail It Down, which was recorded over a weekend. And then I collaborated on a few more demo recordings with some of the other guys in the band. It was the experience of a lifetime singing with Michael and absorbing his great phrasing and unmatchable timing”.

“It has been my great pleasure and a complete labor of love to reinterpret some of the best Australian pop songs ever created, I love performing them live and bringing them into 2018, while simultaneously reliving the heartbeat of that ground-breaking musical era.” 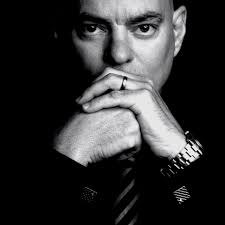 Well I’m still looking for my scene, and I think I might have found it. Between the pages of What’s My Scene Magazine.
Dave Faulkner, Hoodoo Gurus
I will continue the continuum, singing my Songline.
Kutcha Edwards

Leadfinger is a very strange band, hard to define, but we are free.
Stew, Leadfinger
Tunes, mates, and honesty. No dickhead policy!
Buddha In A Chocolate Box
I like to think that I belong to the head-strong Independent Music Scene – where we – musos and audience and everyone in between – all make gigs/tours, recordings, releases happen for ourselves and work our arses off to keep it going for the rest of our lives – all for the love of Music!
Florelie Escano
The TV show “Full House
World Wild

Right now it’s a room with no lights on. An unmade bed. A laptop with 9% battery and a mosquito that just refuses to die.
Dave Larkin, Dallas Crane
The dog park’s pretty good. I have a couple of miniature pinchers. And they’re the loves of my life. I take them for walks to the dog park; I’ve got a Harley Davidson I ride around. It’s not too exciting. It used to be sex, drugs and rock n roll; now I walk my dogs.
Stan Lee, The Dickies

Currently its the Yarra River Trail I’m walking along. Generally my scene would be Melbourne. Nothing feels or compares to home.
Simon McConnell, The Delta Riggs
I’m in with the Out-Crowd
Dave Warner
Melbourne. Nowhere else is as great as Melbourne.
Brat Farrar

The car wash scene from Cool Hand Luke will do just fine thank you.
Old Gray Mule
All the kids who weren’t cool at school and still aren’t. Those people who didn’t manage to become awesome artists and uber hip performers. The raggy dolls who never found a way to make their raggy doll-ness work for them.
Jonathon Duffy

Cool small bars with good food, good wine, good company
The Backsliders
I love being on a little boat near home in South West Victoria with a fishing line in the water, the Sun coming up or going down. I also love walking the streets of Melbourne or Manhattan or many of the beautiful towns and villages of Ireland or anywhere. My partner and my family are central to it all. I also love being in the midst of a great music session, anywhere, anytime, being transported into the soul of the Universe.
Shane Howard
Alice likes the Google. Sime likes taxidermy. It’s a pretty happening scene.
Sweet Jean