News Ticker
Tell us about your upcoming single and show?
To celebrate the release of our new single Me Verses You we are playing the Tote Aug 17. The In the Out and Teenage Dads are joining us; they are great bands, it will be a fun night.
What’s your favourite work at this point in time?
There’s a song called ‘’Sometimes’’ – it’s quite slow and atmospheric, it fun to play live.
Tell us a quick, in the studio or on-the-road anecdote.
l was on tour in Brisbane and walking across the Storey bridge, a little lost, trying to find my hotel.  l noticed a guy hanging off the side of the bridge about to jump. l asked him for directions, we had a little chat, cops arrived, l left him to it.
What, or who, inspires you to create?
Cinema, a bus ride, a six pack, it depends.
Which song do you wish you wrote?
Happy Birthday.
What’s next for you?
l’d like to release a lot of material over the next twelve months, l’d really like to get to WA we’ve had some great radio support there.
What’s your scene?
It’s a rather nerdy one, reading science fiction, watching robot wars and talking with my cat Murphy.  Something indoors and lm usually content.

Broken River is releasing a new single “Me Versus You” and is playing a headline show at The Tote in Melbourne on Thursday, 17th August with support from The In The Out and Teenage Dads. Broken River is a new project driven by Melbourne singer-songwriter Ben Stolz. Ben’s influences are diverse drawing from The Cure to Bruce Springsteen to Swervedriver.  Broken River alternates as a solo performer or as a five-piece act which also includes Dave Kleynjans (drums), Ryan Adamson (bass), Dave Rogers (guitars) and Andy Ferguson (keyboard).  “Me Versus You” was a late addition in terms of studio recordings but nevertheless stood out. [pullquote]It’s the sound of crushing heartbreak and melancholy.[/pullquote]The song is a dark anthem with layers of woven guitars and pounding drums. It’s the sound of crushing heartbreak and melancholy.

Broken River release ‘Me Versus You’ on Friday 11th August 2017.
Connect with BROKEN RIVER ONLINE:
Facebook: https://www.facebook.com/brokenrivermusic
Soundcloud: https://soundcloud.com/brokenriver/sets/broken-river
Unearthed: https://www.triplejunearthed.com/artist/broken-river
About Mary Boukouvalas 1172 Articles
Mary is a photographer and a writer, specialising in music. She runs Rocklust.com where she endeavours to capture the passion of music in her photos whether it's live music photography, promotional band photos or portraits. She has photographed The Rolling Stones, KISS, Iggy Pop, AC/DC, Patti Smith, Joe Strummer, PULP, The Cult, The Damned, The Cure, Ian Brown, Interpol, MUDHONEY, The MELVINS, The Living End, Foo Fighters, Smashing Pumpkins, Rage Against The Machine, The Stone Roses –just to name a few - in Australia, USA, Europe and the Middle East. Her work has been published in Beat magazine, Rolling Stone magazine, Triple J magazine, The Age Newspaper, The Herald Sun, The Australian, Neos Kosmos, blistering.com, theaureview.com, noise11.com, music-news.com. She has a permanent photographic exhibition at The Corner Hotel in Richmond, Victoria Australia.
Contact: Website Facebook Twitter YouTube 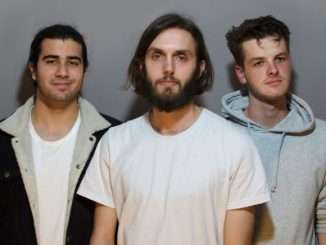