Above & Beyond is one of dance music’s most versatile acts. In fact, the trio’s deft songwriting ability and skill with traditional instruments has enabled them to step out from behind the DJ decks and perform their songs in an acoustic format. The not so secret weapon has been an ongoing collaboration with highly talented vocalists including Richard Bedford, Justine Suissa and Zoë Johnston, who each adds a distinct flavor and richness to each song. Shedding the 4/4 beats and progressive rhythms, Above & Beyond have once again teamed up with Zoë Johnston for the emotional ballad ‘Always,’ out today, and included with the new album, Common Ground , to be released by Ajunabeats on Friday 26th January.

Dating back to 2004, Above & Beyond and Zoë Johnston have collaborated on classics including ‘Good For Me,’ ‘Love Is Not Enough,’ and ‘We’re All We Need’, among many others. Zoë has also been an integral part of A&B’s live acoustic shows, helping the band to transform their original songs into renditions that’s become the stuff of legend. The next step in the partnership is the album Common Ground which features Zoë’s voice on the songs ‘My Own Hymn,’ ‘Sahara Love’ and ‘Always.’ ‘Always’ is a gorgeous ballad about the safety, comfort and relief of knowing that somebody will be there for you, especially when you need them most. The song perfectly encapsulates A&B’s work with Zoë – incredible songwriting and delivery that hits you right in the heart. You can’t fight back the tears of joy.

‘The song acknowledges that those who are there for us no matter what still have the choice to walk away. They could choose to disappear, or backtrack on a commitment to love us, but the fact that they don’t is what makes their love evermore extraordinary and precious to us,’ Johnston says.

‘Always’ is available to stream/download now, alongside ‘My Own Hymn’, ‘Northern Soul’, ‘Alright Now’, and ‘Tightrope’ with the pre-order of Above & Beyond’s forthcoming studio album ‘Common Ground’, available worldwide on Friday 26th January 2018. 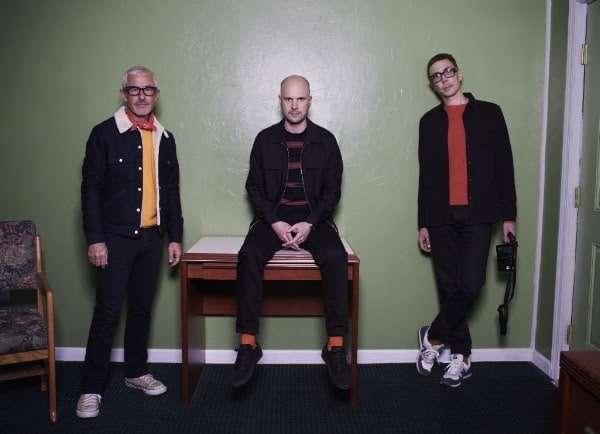 Above & Beyond
Common Ground
Tracklisting

I like to think that I belong to the head-strong Independent Music Scene – where we – musos and audience and everyone in between – all make gigs/tours, recordings, releases happen for ourselves and work our arses off to keep it going for the rest of our lives – all for the love of Music!
Florelie Escano
Ep. 1 Series 3 of BBC’s ’Sherlock’ where Sherlock bungee jumps through a window and kisses Molly Hooper.
Miss Adelaide Everheart from Early Burley Burlesque

I’m in with the Out-Crowd
Dave Warner
Well these days my scene tends to revolve around my computer and being nudged by my dog to take her out for a walk. And then having my wife shout at me for spending time on my computer. I’m loving it actually. I’m quite relishing that scene. I miss them both very much.
Peter Hook, Joy Division/New Order/The Light

Right now it’s a room with no lights on. An unmade bed. A laptop with 9% battery and a mosquito that just refuses to die.
Dave Larkin, Dallas Crane
When I’m not working in the studio or doing shows I’m at home with my partner and our baby so I guess they are my scene.
Way of the Eagle
It’s a delirium, really, but I like to live like this.
Hugo Race

Tunes, mates, and honesty. No dickhead policy!
Buddha In A Chocolate Box
Rock’n’Roll
About Heels on Decks

Flanelette pyjama pants.
Timberwolf
What’s my scene? well…
And another thing I’ve been wondering lately
Oh, baby,
Tell me where have you been?
Now the stage is set
Where’s my Juliet, baby?
Is it maybe
My Midsummer Night’s Dream?
What’s my scene?
Clowns

Going to the river on sunny afternoons with the blow up dingys and resting your beers on lily pads.
The Frowning Clouds
I love being on a little boat near home in South West Victoria with a fishing line in the water, the Sun coming up or going down. I also love walking the streets of Melbourne or Manhattan or many of the beautiful towns and villages of Ireland or anywhere. My partner and my family are central to it all. I also love being in the midst of a great music session, anywhere, anytime, being transported into the soul of the Universe.
Shane Howard
Anywhere there is good company, great conversation, and a glass of red.
Helen Perris

Currently its the Yarra River Trail I’m walking along. Generally my scene would be Melbourne. Nothing feels or compares to home.
Simon McConnell, The Delta Riggs