Swedish metal juggernaut ARCH ENEMY are poised to attack. Having set social media and earbuds alight with their incendiary brand-new album ‘Will To Power’, the band are thrilled to announce a run of headline dates throughout Australia. Timed perfectly to allow an appearance at the inaugural Download Festival Australia, ARCH ENEMY are a band ever growing in stature with a devouring compulsion to make the ultimate statement of heavy metal supremacy.

“A balance of extremity and accessibility.” – Loudwire

It has been far too long for those Australian fans fully accustomed to the unique brand of hellish chaos unleashed by ARCH ENEMY at their live shows. Since their last visit in 2012, the band have added the soul shredding vocals of Alissa White-Gluz to their artillery, with vocalist Angela Gossow having stepped aside to take up management duties for the band.  Also welcomed into the fold is Nevermore guitarist Jeff Loomis filling out the ranks to create a truly astounding powerhouse of pure awe.

ARCH ENEMY have built an immense and loyal global fan base, and now having spent 20 years propagating their unerring creed of technical dexterity, songwriting excellence and thunderous, irresistible live performance, ARCH ENEMY are ready to climb ever further up the ladder toward pure metal supremacy. Indeed, “Will To Power” has achieved international critical acclaim, and has proved to be their most popular album ever – appearing in the Top 10 in six countries, and achieving their first ever chart entry in Australia at #26 in the ARIA charts.

“The performance of new lead singer, Alissa White-Gluz, was other worldly”
– Metal Decent

Founding member Michael Amott recently exclaimed, “This is just the beginning, we’re very much looking forward to going around the world a few times! We’ll see all you metal maniacs out there soon and thank you once again from Arch Enemy!” 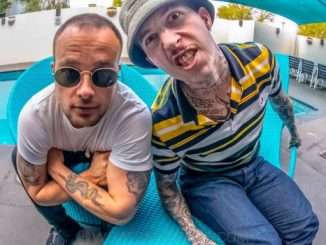 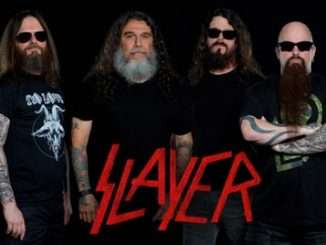 Act III, Scene VI of King Lear. A tense and gripping scene wherein the ageing king informs his three daughters that they have all been accepted as contestants on Family Feud.
Ben Pobjie, comedian
Anyone who welcomes a hairy, gold wearing, hot air blowing idiot to a dinner table is my scene.
Henry Wagons

Well I’m still looking for my scene, and I think I might have found it. Between the pages of What’s My Scene Magazine.
Dave Faulkner, Hoodoo Gurus
Quirky cabaret bars that serve a mean G&T and boast a stellar cocktail list..which is why you’ll always find me returning to The Butterfly Club! I also love the buzz of a Fringe or Cabaret Festival, or a smart Opening Night. Any excuse for a dress up, really!
Amelia Ryan, Lady Liberty

Cool small bars with good food, good wine, good company
The Backsliders
All of the above and more in my shed every Friday night
Hound

Right now it’s a room with no lights on. An unmade bed. A laptop with 9% battery and a mosquito that just refuses to die.
Dave Larkin, Dallas Crane
Going to the river on sunny afternoons with the blow up dingys and resting your beers on lily pads.
The Frowning Clouds
All the kids who weren’t cool at school and still aren’t. Those people who didn’t manage to become awesome artists and uber hip performers. The raggy dolls who never found a way to make their raggy doll-ness work for them.
Jonathon Duffy

I love being on a little boat near home in South West Victoria with a fishing line in the water, the Sun coming up or going down. I also love walking the streets of Melbourne or Manhattan or many of the beautiful towns and villages of Ireland or anywhere. My partner and my family are central to it all. I also love being in the midst of a great music session, anywhere, anytime, being transported into the soul of the Universe.
Shane Howard
Bed. Pringles. Whisky. Attenborough doco. Wham.
Marlon Williams

I’m in with the Out-Crowd
Dave Warner
My scene is a Punk-hardcore scene or an underground, minimal electronic scene, something grungy – where everyone is wearing black. That’s my vibe; don’t go out until 11 when all the other vampires come out and go home when the sun comes up at 7. Oh shit. Creatures of the night.
Greg Puciato, Killer Be Killed & Dillinger Escape Plan

I like to think that I belong to the head-strong Independent Music Scene – where we – musos and audience and everyone in between – all make gigs/tours, recordings, releases happen for ourselves and work our arses off to keep it going for the rest of our lives – all for the love of Music!
Florelie Escano
Currently, I’m completely enveloped by writing my book; trying to complete the manuscript for my tome.
Jeff Duff

Flanelette pyjama pants.
Timberwolf
All the wandering. The bastards and the angels. The sound of the rain and the pains of the heart. The silence. All the houses and all the rooms. All the keys and phones.
Raised By Eagles