Indie rock band Animal Hands have released a behind the scenes insight into the making of the bands upcoming debut album “Tonic Clonic”. The footage was taken during Rehearsals at Bakehouse studios and whilst recording at Birdland studios in Prahran and will be one of the last albums and film footage to be released from a space that produced recordings by artists such as Rowland. S Howard, Mick Harvey and Adalita Srsen.

The band has received international acclaim with highly praising reviews earning airplay from Australia to USA, UK, Germany, around Europe and has nominated for two Cherry Awards in 2015 and 2016. The band have supported both “The Troggs” and “Dallas Frasca” on their 2016 world tours at their shows in Melbourne and have healing shows booked until mid year with a tour to follow the Album Launch later this year.

March 3rd at The last Chance Rock & Roll
April 8th at The post Office Hotel
20th of May at Yarra Hotel Abbotsford. 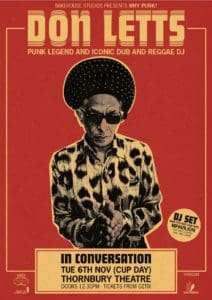 Act III, Scene VI of King Lear. A tense and gripping scene wherein the ageing king informs his three daughters that they have all been accepted as contestants on Family Feud.
Ben Pobjie, comedian
My scene is driving fast cars and shooting guns.
Ace Frehley
The beach. Tea with gin at your grandparents house. They have the best stories.
Betty & Oswald

I’m in with the Out-Crowd
Dave Warner
Cool small bars with good food, good wine, good company
The Backsliders
It’s a delirium, really, but I like to live like this.
Hugo Race

Going to the river on sunny afternoons with the blow up dingys and resting your beers on lily pads.
The Frowning Clouds
It’s beards.
Nathaniel Beard, The Beards

Right now it’s a room with no lights on. An unmade bed. A laptop with 9% battery and a mosquito that just refuses to die.
Dave Larkin, Dallas Crane
The car wash scene from Cool Hand Luke will do just fine thank you.
Old Gray Mule
Well I’m still looking for my scene, and I think I might have found it. Between the pages of What’s My Scene Magazine.
Dave Faulkner, Hoodoo Gurus
Experimental electronica, musical metacreation, multiplicitous media, hacking.
Ollie Brown

I love being on a little boat near home in South West Victoria with a fishing line in the water, the Sun coming up or going down. I also love walking the streets of Melbourne or Manhattan or many of the beautiful towns and villages of Ireland or anywhere. My partner and my family are central to it all. I also love being in the midst of a great music session, anywhere, anytime, being transported into the soul of the Universe.
Shane Howard
I like to think that I belong to the head-strong Independent Music Scene – where we – musos and audience and everyone in between – all make gigs/tours, recordings, releases happen for ourselves and work our arses off to keep it going for the rest of our lives – all for the love of Music!
Florelie Escano
Cool venues with good beer on tap that don’t mind us getting loud and getting room grooving so hard you feel the floor shaking.
Papa G and The Starcats

Leadfinger is a very strange band, hard to define, but we are free.
Stew, Leadfinger
My family, my friends, my home.
Cory Putman, Norma Jean

Tunes, mates, and honesty. No dickhead policy!
Buddha In A Chocolate Box
Quirky cabaret bars that serve a mean G&T and boast a stellar cocktail list..which is why you’ll always find me returning to The Butterfly Club! I also love the buzz of a Fringe or Cabaret Festival, or a smart Opening Night. Any excuse for a dress up, really!
Amelia Ryan, Lady Liberty