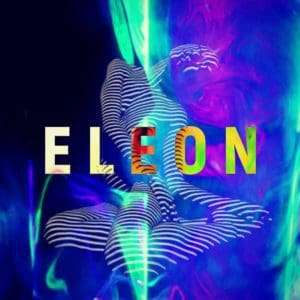 American newcomer Eleon is thrilled to announce the Australian release of his debut single, If It Ain’t Me, following the global success of the modern electro-soul track.

If It Ain’t Me is a heady track, evocative of the cool pop sounds of ZAYN, but it also harks back to a classic soul feel as well – and that’s what makes Eleon so unique.  Those sultry vocals dip effortlessly in and out of skillful falsetto amongst a clever arrangement of dazzling guitarriffs, a pulsing synth, fizzy hi-hats, heavy hitting kicks and current trap-influenced production.  It’s subtle, but those melodic hooks are undeniable.  This unique track was produced by Eleon’s collaborator, genius musical enigma Kubla Kahn (Wiz Khalifa, Nicki Minaj, Jason Derulo, Akon, Frank Ocean) and it has amassed a remarkable critical response worldwide with support from the likes of DJ Booth, Revolt, Hilly Dilly, aipate.com, KRXM Killjoy Radio and more. [pullquote]If falsetto-laden vocals are your thing, we suggest you hop on the ELEON bandwagon, because the LA-based singer’s debut, “If It Ain’tMe”, is a modern soul admirer’s dream. Though ELEON’s vocals are certainly the song’s cornerstone here, tantalizing guitar riffs and hat-heavy drums also shine – Hilly Dilly[/pullquote] There is little known about the mysterious man behind the project, but Eleon has offered a little insight into the making of If It Ain’t Me, saying, “I write to express what’s going on in my life and those around me. I’ve been into music for as long as I can remember – I wrote songs to deal with life growing up.  If It Ain’t Me was created after meeting Kubla in the studio and he played that guitar riff.  Immediately we vibedout and the song was born.”

With plenty of material set to drop across the globe in the near future, one thing is certain, the hype for Eleon is real – watch this space.

If It Ain’t Me is out now! ITUNES​​ APPLE MUSIC​ SOUNDCLOUD SPOTIFY​​ 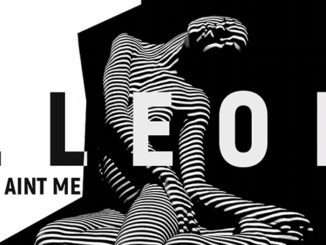 Cool small bars with good food, good wine, good company
The Backsliders
All the wandering. The bastards and the angels. The sound of the rain and the pains of the heart. The silence. All the houses and all the rooms. All the keys and phones.
Raised By Eagles

When I’m not working in the studio or doing shows I’m at home with my partner and our baby so I guess they are my scene.
Way of the Eagle
Local bands at sticky carpet venues. Vinyl. Social networking. Keeping healthy in order to play full throttle live sets. Loud rehearsals. Good people with creative ideas. PRIMITIVE ROCK.
Jon S Williams of City of Cool

My scene is driving fast cars and shooting guns.
Ace Frehley
Right now it’s a room with no lights on. An unmade bed. A laptop with 9% battery and a mosquito that just refuses to die.
Dave Larkin, Dallas Crane
I will continue the continuum, singing my Songline.
Kutcha Edwards

Currently its the Yarra River Trail I’m walking along. Generally my scene would be Melbourne. Nothing feels or compares to home.
Simon McConnell, The Delta Riggs
Well I’m still looking for my scene, and I think I might have found it. Between the pages of What’s My Scene Magazine.
Dave Faulkner, Hoodoo Gurus
Yass KFC
Simon, Loon Lake

Act III, Scene VI of King Lear. A tense and gripping scene wherein the ageing king informs his three daughters that they have all been accepted as contestants on Family Feud.
Ben Pobjie, comedian