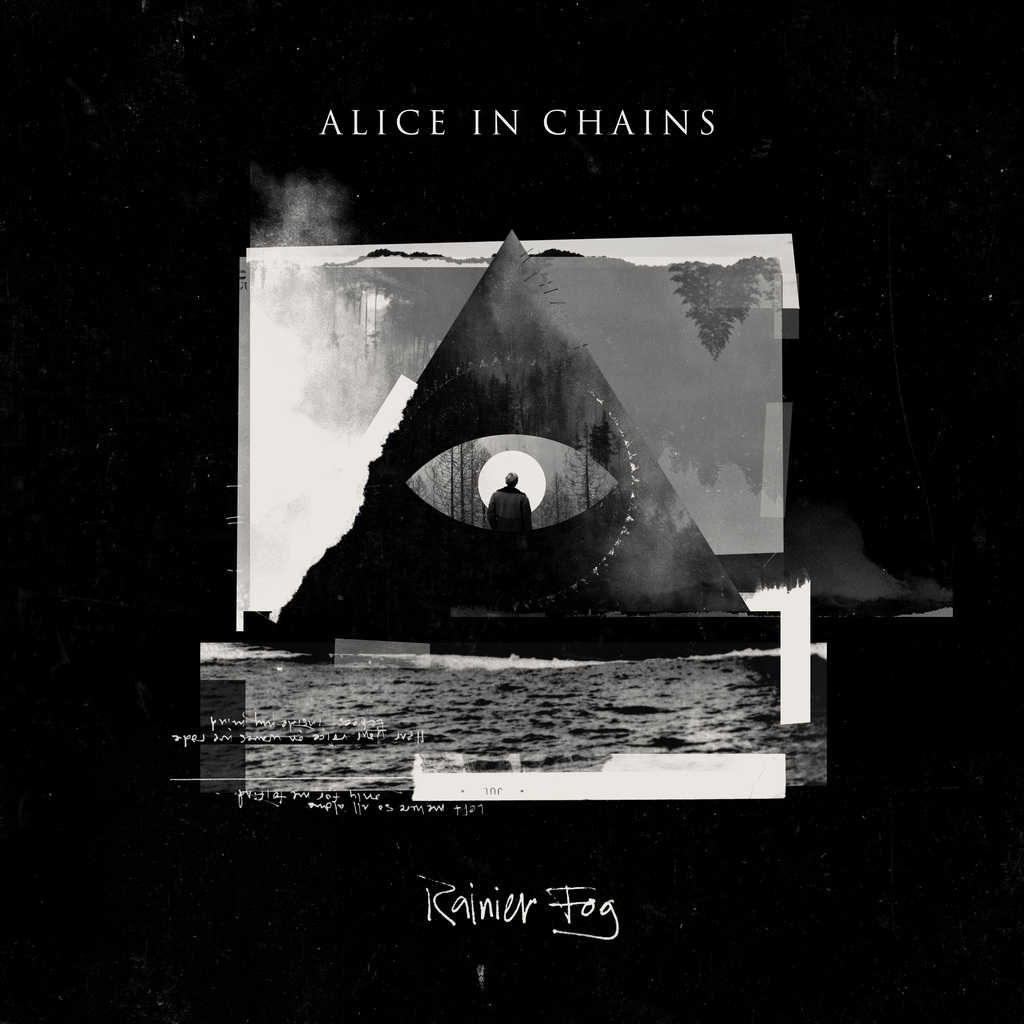 So Far Under follows the recent release of The One You Know and its Adam Mason directed companion video, which has already amassed over 2.3 million views
Watch it here

The album will be available digitally, as well as on CD and
limited-edition double 180-gram clear LP with white and black splatter
available only from the band’s online store HERE (https://aliceinchains.lnk.to/RainierFogPR/artiststore) .

About So Far Under, Alice In Chains vocalist/guitarist William DuVall says, “It’s about feeling completely up against it – outnumbered, surrounded, facing seemingly unbeatable odds and being really pissed off about it. It was inspired by personal circumstances, as well as events in the wider world. But it’s not as resigned to defeat as it may seem. The lyric is a cold, hard assessment of a difficult situation but the music has a message all its own. There’s still room to flip the script. Every aspect of writing and recording this song will always be remembered with a lot of joy – from recording the basic tracks and the guitar solo at Studio X in Seattle to doing further overdubs at Nick Raskulinecz’s studio in rural Tennessee. Everyone in the band and our studio team really stepped up and knocked it out of the park on this one. We’re extremely proud of this song and the entire album.”

RAINIER FOG marks a few firsts for the band: in addition to being their first album in five years, it’s their first album for BMG and their first time recording in their hometown of Seattle in more than 20 years (worth noting that the album title is a tribute to Seattle). They recorded at Studio X, the same facility where they tracked 1995’s self-titled Alice In Chains album (back when the studio was known as Bad Animals). The RAINIER FOG recording process also saw the band spend time at Henson Recording Studios in Los Angeles and at the Nashville studio of producer Nick Raskulinecz. RAINIER FOG is the third straight Alice In Chains album recorded with producer Nick Raskulinecz and engineer Paul Figueroa. The album was mixed by Joe Barresi (Queens of the Stone Age, Tool).

RAINIER FOG follows 2013’s Grammy nominated The Devil Put Dinosaurs Here, which entered Billboard’s Top 200 chart at No. 2 and debuted at No. 1 on Billboard’s Alternative Albums, Top Rock Albums, Hard Rock Albums charts and the iTunes Rock Album Chart. Its first two singles, “Stone” and “Hollow,” both shot to No. 1 on Billboard’s Mainstream Rock Tracks chart and “Voices” hit No. 3. All three tracks stayed on the chart for over 20 weeks.

Over the course of their remarkable career, ALICE IN CHAINS have garnered multiple Grammy nominations, sold more than 30 million albums worldwide and amassed a diehard international fanbase whose members number in the millions. They remain one of the most successful and influential American rock bands of all time.

Alice In Chains are currently on a worldwide trek that will take them across North America and Europe. Dates are listed below and ticket info can be found HERE (https://www.aliceinchains.com/) .

Over the course of their remarkable career, ALICE IN CHAINS have garnered multiple Grammy nominations, sold more than 30 million albums worldwide and amassed a diehard international fanbase whose members number in the millions.
They remain one of the most successful and influential American rock bands of all time.

Tegan Voltaire, The Voltaire Twins
Cool venues with good beer on tap that don’t mind us getting loud and getting room grooving so hard you feel the floor shaking.
Papa G and The Starcats
The TV show “Full House
World Wild
My scene is a Punk-hardcore scene or an underground, minimal electronic scene, something grungy – where everyone is wearing black. That’s my vibe; don’t go out until 11 when all the other vampires come out and go home when the sun comes up at 7. Oh shit. Creatures of the night.
Greg Puciato, Killer Be Killed & Dillinger Escape Plan
All of the above and more in my shed every Friday night
Hound
Currently its the Yarra River Trail I’m walking along. Generally my scene would be Melbourne. Nothing feels or compares to home.
Simon McConnell, The Delta Riggs
Country roots, old time, bluegrass, folk, Americana scene Traditional plus :)
Whitetop Mountaineers
Art is my scene. No labels, restrictions or judgement. I love art in all it’s varied glory.
The Last 5 Queers
Our scene is folk that are interested in change. Not just music, but breaking the norm, the boundaries and stereotype of Australian ’rock/pop’ music. Unpredictable, the question marks, the new jokers in town. Don’t Believe The Haze.
Slumberhaze
Tunes, mates, and honesty. No dickhead policy!
Buddha In A Chocolate Box
Fuck the Fucking Scene question! xo
Fuck The Fitzroy Doom Scene
Aside from music and everything creative, I love open-mind people, unexpected humour, seeing the world and nature, riding my bicycle, playing billiards. I’m also a fan of coffee, whiskey and most things vintage.
Jessica Stuart Few
Hiking a 14K foot mountain in Colorado
Cole Washburn
Wherever there is music is where I feel most at home
Toby Robinson
My family, my friends, my home.
Cory Putman, Norma Jean
When I’m not working in the studio or doing shows I’m at home with my partner and our baby so I guess they are my scene.
Way of the Eagle
I’m in with the Out-Crowd
Dave Warner
If you’re a Max Chillington then you’re our scene.
Gunslingers
No set scene. We have played with a variety of bands from King Parrot to The Datsuns. Offer us a show and give us a try!
Los Hombres Del Diablo