“The One You Know” is the first track from the band’s upcoming album, their first for new label home BMG. Cantrell discussed the much-anticipated album in a recent interview, saying, “It’s a record we haven’t done yet, but it’s also a record that has all the elements of anything you would expect from us. It’s got our fingerprint. And we’re really proud of the material we wrote and the performances we captured. There’s some really heavy sh*t, some really ugly stuff, some really beautiful stuff, some weirdo trippy sh*t…it’s good.” As for the span between albums, he adds, “We wait until we’re ready and until we have material that’s up to the Alice In Chains standard and then we do what we do. This is the racket we make when we get together.” 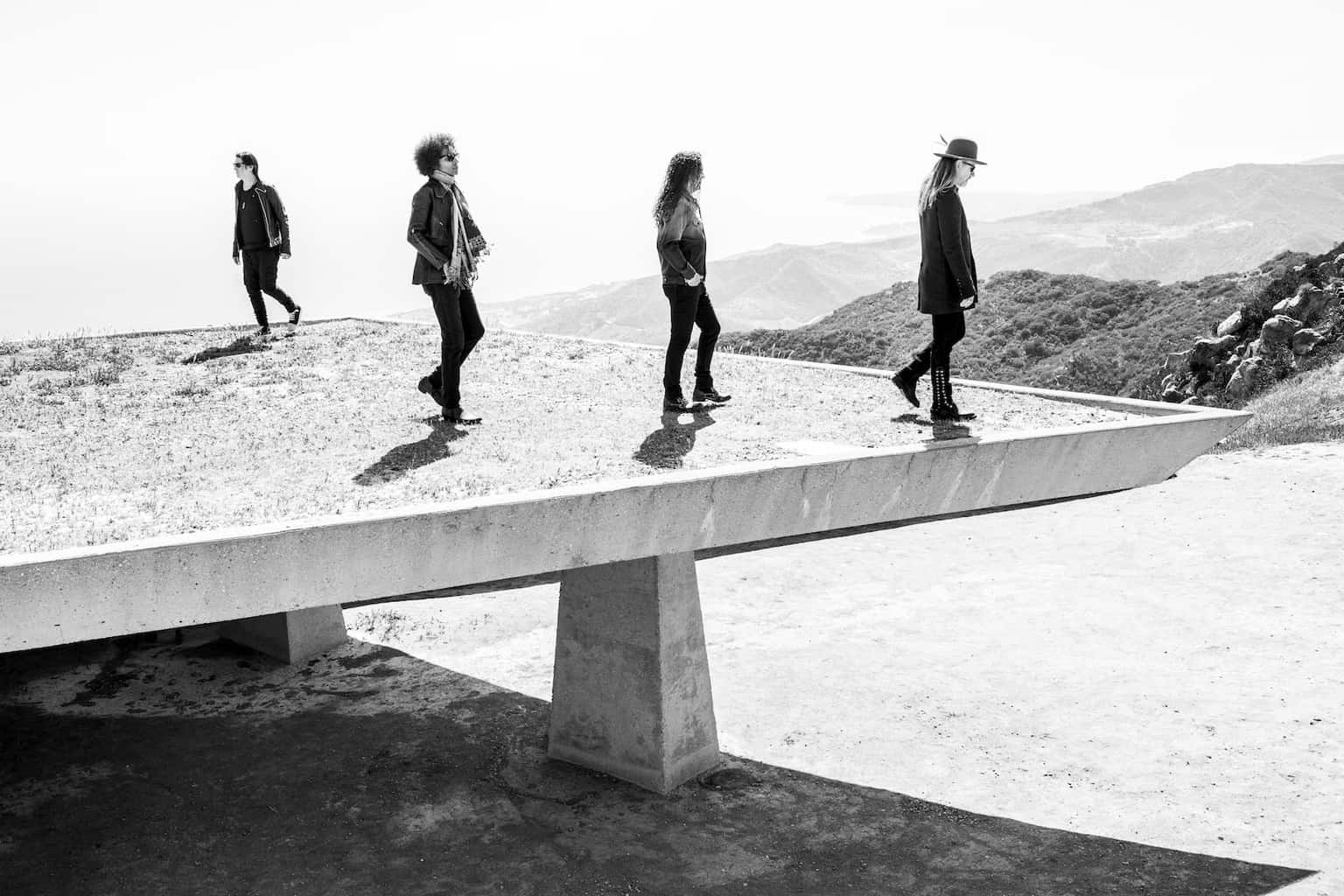 The yet-to-be-titled album is the third straight Alice In Chains studio release recorded with producer Nick Raskulinecz and engineer Paul Figueroa following 2013’s The Devil Put Dinosaurs Here and 2009’s Black Gives Way To Blue, both of which achieved commercial and critical success. The Devil Put Dinosaurs Here entered Billboard’s Top 200 chart at No. 2 and debuted at No. 1 on Billboard’s Alternative Albums, Top Rock Albums, Hard Rock Albums charts and the iTunes Rock Album Chart and its first two singles, “Stone” and “Hollow,” both hit No. 1 on the rock charts. Black Gives Way To Blue debuted at No. 5 on Billboard’s Top 200, spawned two No. 1 hit singles with “Check My Brain” and “Your Decision” and garnered two Grammy nominations. Along the way, the band drew praise from the likes of Rolling Stone, USA Today, Spin, Pitchfork, Seattle Times, Consequence Of Sound, Q and many more.

Alice In Chains are currently on a worldwide trek that will take them across North America and Europe. Dates are listed below and ticket info can be found HERE (https://www.aliceinchains.com/) .

Over the course of their remarkable career, ALICE IN CHAINS have garnered multiple Grammy nominations, sold more than 30 million albums worldwide and amassed a diehard international fanbase whose members number in the millions.
They remain one of the most successful and influential American rock bands of all time.

Tegan Voltaire, The Voltaire Twins
If you’re a Max Chillington then you’re our scene.
Gunslingers
Tunes, mates, and honesty. No dickhead policy!
Buddha In A Chocolate Box
Hot, hot lovers
Luke Monks, Gay Paris
I’m in with the Out-Crowd
Dave Warner
I think my style is more just making cameos in everyone else’s scene.
Mojo Juju
“Malcolm Hill is a lifetime member of the Melbourne Music Mafia and part of the ratpack of post punk Melbourne artists who have been keepin’ it real across diverse art forms for thirty years.”
Malcolm Hill
Our gigs have an air of danger and sex. Beautiful women are free to express themselves and are as dangerous as hell. Everybody can have a good time ’cos there’s a lot of love in the room and we just can’t help but stomp out that primeval swamp boogie ooze.
Chris Russell’s Chicken Walk
All the kids who weren’t cool at school and still aren’t. Those people who didn’t manage to become awesome artists and uber hip performers. The raggy dolls who never found a way to make their raggy doll-ness work for them.
Jonathon Duffy
Book clubs, philosophy and extreme black metal
Elsen Price
Ep. 1 Series 3 of BBC’s ’Sherlock’ where Sherlock bungee jumps through a window and kisses Molly Hooper.
Miss Adelaide Everheart from Early Burley Burlesque
Cool venues with good beer on tap that don’t mind us getting loud and getting room grooving so hard you feel the floor shaking.
Papa G and The Starcats
Leadfinger is a very strange band, hard to define, but we are free.
Stew, Leadfinger
Our scene is folk that are interested in change. Not just music, but breaking the norm, the boundaries and stereotype of Australian ’rock/pop’ music. Unpredictable, the question marks, the new jokers in town. Don’t Believe The Haze.
Slumberhaze
Currently, I’m completely enveloped by writing my book; trying to complete the manuscript for my tome.
Jeff Duff
Alice likes the Google. Sime likes taxidermy. It’s a pretty happening scene.
Sweet Jean
I will continue the continuum, singing my Songline.
Kutcha Edwards
I don’t wish to belong to any scene that would have me as a member (with thanks to Groucho Marx).
Bob Spencer, Raw Brit