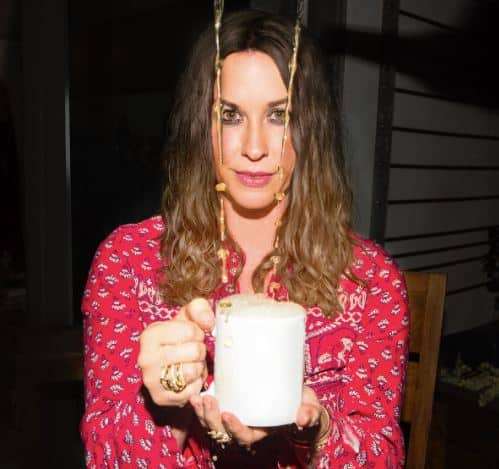 Tickets go on sale at 10am Friday, February 7.

My Live Nation members can secure tickets during the pre-sale beginning at 2pm Wednesday, February 5 and concluding at 9am Friday, February 7.

Special guest for the tour is Australian songwriter and performer, Julia Stone.

Since 1995, Alanis Morissette has been one of the most influential singer-songwriter-musicians in contemporary music. Her deeply expressive music and performances have earned vast critical praise and seven Grammy awards. Morissette’s 1995 debut, “Jagged Little Pill” was followed by nine more eclectic and acclaimed albums. She has contributed musically to theatrical releases and has acted on the big and small screen. Outside of entertainment, she is an avid supporter of female empowerment, as well as spiritual, psychological and physical wellness. In 2016, Alanis launched Conversation with Alanis Morissette, a monthly podcast that features conversations with a variety of revered authors, doctors, educators, and therapists, covering a wide range of psychosocial topics extending from spirituality to developmentalism to art.

On December 5, 2019, “Jagged Little Pill” the musical made its Broadway debut at the Broadhurst Theatre in New York City. Also in December 2019, Alanis released her newest song “Reasons I Drink.”  The track comes off Alanis’ highly anticipated ninth album, “Such Pretty Forks In The Road”, due out May 1st. For more information, see www.alanis.com.

Alongside her brother Angus, Julia Stone has released 4 studio albums, including triple platinum and 5x ARIA Award-winning chart-topper, “Down the Way”, which spawned their breakthrough hit, ‘Big Jet Plane”.  Their 2017 single “Chateau”, from the album “Snow”,  reached No. 3 on the Triple J Hottest 100 and they went on to play their biggest sold-out world tour to date. Julia spent 2019 based between New York and LA finishing her third solo studio album, to be released later this year.

Please note that $1 from every ticket sold will go to the Australian Red Cross
via Live Nation’s Bushfire Relief initiative.

Currently its the Yarra River Trail I’m walking along. Generally my scene would be Melbourne. Nothing feels or compares to home.
Simon McConnell, The Delta Riggs
Act III, Scene VI of King Lear. A tense and gripping scene wherein the ageing king informs his three daughters that they have all been accepted as contestants on Family Feud.
Ben Pobjie, comedian
I love being on a little boat near home in South West Victoria with a fishing line in the water, the Sun coming up or going down. I also love walking the streets of Melbourne or Manhattan or many of the beautiful towns and villages of Ireland or anywhere. My partner and my family are central to it all. I also love being in the midst of a great music session, anywhere, anytime, being transported into the soul of the Universe.
Shane Howard
Our scene is this big gorgeous wide world we live in all its majestic splendour!
Kim Salmon, The Darling Downs

Tunes, mates, and honesty. No dickhead policy!
Buddha In A Chocolate Box
Aside from music and everything creative, I love open-mind people, unexpected humour, seeing the world and nature, riding my bicycle, playing billiards. I’m also a fan of coffee, whiskey and most things vintage.
Jessica Stuart Few

I like to think that I belong to the head-strong Independent Music Scene – where we – musos and audience and everyone in between – all make gigs/tours, recordings, releases happen for ourselves and work our arses off to keep it going for the rest of our lives – all for the love of Music!
Florelie Escano
Scones, savory, sweet I don’t mind
The Wooden Sky

When I’m not working in the studio or doing shows I’m at home with my partner and our baby so I guess they are my scene.
Way of the Eagle
Right now it’s a room with no lights on. An unmade bed. A laptop with 9% battery and a mosquito that just refuses to die.
Dave Larkin, Dallas Crane
My scene is Brunswick. I love it. It provides me with just about everything I need.
About Charlie Marshall