The Age Music Victoria Awards celebrates its 11th year, as part of the Melbourne Music Week program on Wednesday 16 November. Nominees have been revealed and public voting now is open until 4 November.

The Age Music Victoria Awards are one of the largest publicly voted music awards in the country. Nominees in the 11 genre specific awards, including best country, blues and world music, were voted upon by a select panel of industry experts and have also been announced with the full list of nominees available at www.musicvictoria.com.au/agemusicvictoriaawards

It’s been an exciting 12 months for Victorian Music with festivals, venues, new releases, debut albums, reformations and new artists making outstanding contributions to the strength and diversity of the Victorian music community.

”Victoria has done it again, what an incredible year it’s been for local music. It’s fantastic that some of the brightest stars have been emerging acts like Alex Lahey, Camp Cope and Cable Ties – now the public get to vote on their highlights from the past 12 months.”
Marty Boulton – The Age music editor

“We took the rare step of adding a new category to recognise that small venues face different hurdles to larger ones and should be recognised for overcoming them.” saidPatrick Donovan – Music Victoria CEO

The full lists of nominees are:

Public voting is open from 7 October until the 4 November.
By registering your vote you automatically go into the draw to win an Awards prize pack, which includes: 2 x tickets to The After Party at 170 Russell, an Allans Billy Hyde voucher, a Night Out on Goat, a Moshtix Gift Voucher, 2 x tickets to The Age Good Food Month, 1 x double Star Lounge pass to Ben & Jerry’s Open Air Cinema, a Music Victoria Individual Membership and a Crumpler bag. 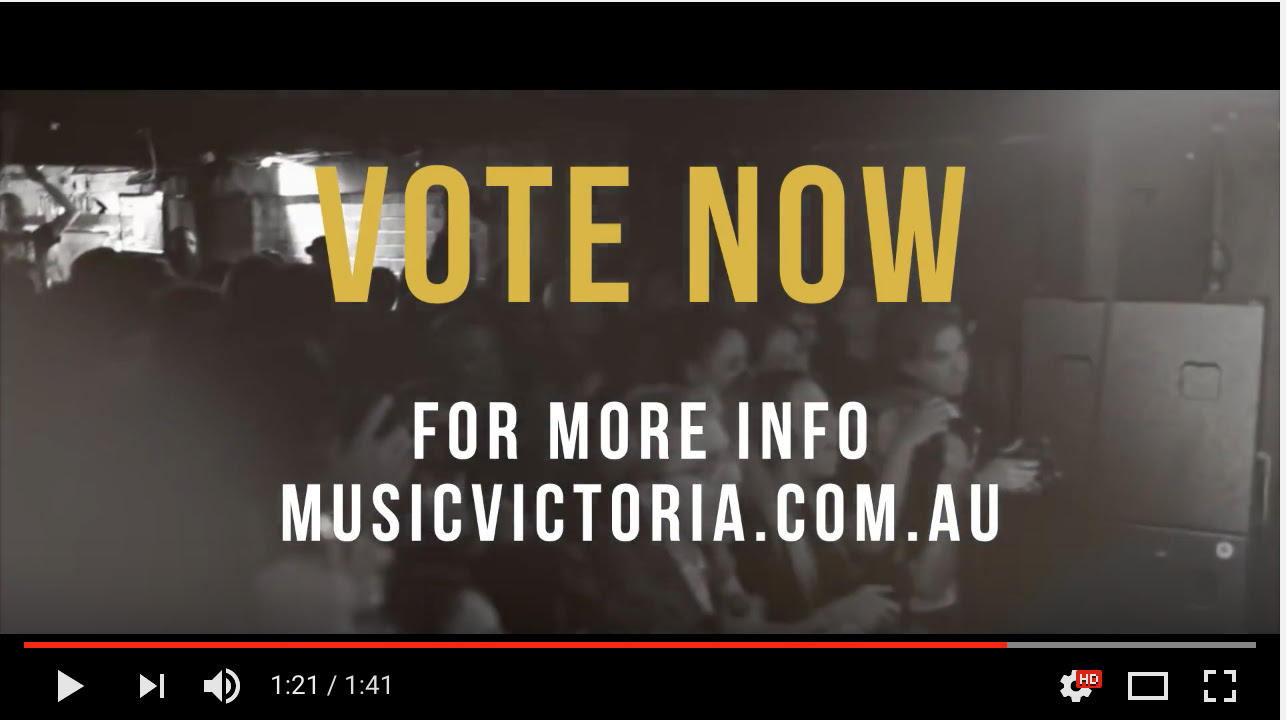 Fierce Mild form compelling songs speaking of all things from the sinister to the absurd. From a brooding, visceral atmosphere reminiscent of that of The Drones but swamped in a rich post-rock, shoegaze and psychedelic cinematic maze, the […]

Spirit Scene: Raised By Eagles make us a Whiskey Sour

Raised By Eagles‘ entrance onto Melbourne’s musical landscape in July 2013 immediately garnered the attention of Americana music aficionados across the country, their debut release scoring the band a nomination at the Age Music Victoria Awards […]

I’m in with the Out-Crowd
Dave Warner
My family, my friends, my home.
Cory Putman, Norma Jean

When I’m not working in the studio or doing shows I’m at home with my partner and our baby so I guess they are my scene.
Way of the Eagle
Melbourne. Nowhere else is as great as Melbourne.
Brat Farrar

Well I’m still looking for my scene, and I think I might have found it. Between the pages of What’s My Scene Magazine.
Dave Faulkner, Hoodoo Gurus
Going to the river on sunny afternoons with the blow up dingys and resting your beers on lily pads.
The Frowning Clouds
Cool venues with good beer on tap that don’t mind us getting loud and getting room grooving so hard you feel the floor shaking.
Papa G and The Starcats

My scene is driving fast cars and shooting guns.
Ace Frehley
My scene is finding any excuse to dance with my 2 year old daughter Ruby.
Matthew Hardy, Comedian

Flanelette pyjama pants.
Timberwolf
I have no idea what my scene is; I have been listening to Dubstep and a bit of Drum N Bass. I found a lot of Hip Hop and RnB stuff is getting very interesting again it is pushing different sounds out. I’ve been really into cycling since the early ‘90s; racing mountain bikes and racing road bikes. So between cycling and music there is not much time left, a bit of sleep now and again.
Mike Edwards, Jesus Jones

Leadfinger is a very strange band, hard to define, but we are free.
Stew, Leadfinger
I like to think that I belong to the head-strong Independent Music Scene – where we – musos and audience and everyone in between – all make gigs/tours, recordings, releases happen for ourselves and work our arses off to keep it going for the rest of our lives – all for the love of Music!
Florelie Escano
All the wandering. The bastards and the angels. The sound of the rain and the pains of the heart. The silence. All the houses and all the rooms. All the keys and phones.
Raised By Eagles