Having spent several years in successful indie rock acts such as the Daisygrinders and Big Heavy Stuff, Adam Young has had his songs covered by the likes of You Am I and The Lemonheads. This would be enough to make any musician retire happily.

But it is his solo work with which Adam will truly leave his mark. Elementary Carnival Blues features 10 tracks of real alternative country and we believe that it easily stands beside the best work from Wilco, the Jayhawks, Ryan Adams, Uncle Tupelo and other legends of the genre. But Adam hasn’t left his roots behind either. [pullquote]Imagine if Gram Parsons had fronted early REM or Steve Earle got together with Buffalo Tom. That’s the vibe that you get on this album.[/pullquote]

The first single, The Queen Of The Plains landed in October 2015, scoring a wealth of airplay, which included being added to full national rotation on ABC Local Radio. And now it’s time to hear the album, the second single from which is Ghost Song.

The Sydney album launch is taking place at the Marrickville Bowling Club on Saturday, March 19th. National launch dates will be announced soon.

Read our Q&A with Adam. 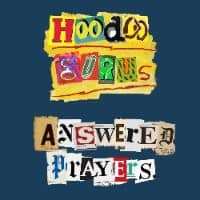 I like to think that I belong to the head-strong Independent Music Scene – where we – musos and audience and everyone in between – all make gigs/tours, recordings, releases happen for ourselves and work our arses off to keep it going for the rest of our lives – all for the love of Music!
Florelie Escano
Cool small bars with good food, good wine, good company
The Backsliders
Our scene is this big gorgeous wide world we live in all its majestic splendour!
Kim Salmon, The Darling Downs

Well I’m still looking for my scene, and I think I might have found it. Between the pages of What’s My Scene Magazine.
Dave Faulkner, Hoodoo Gurus
Melbourne. Nowhere else is as great as Melbourne.
Brat Farrar

Right now it’s a room with no lights on. An unmade bed. A laptop with 9% battery and a mosquito that just refuses to die.
Dave Larkin, Dallas Crane
Obviously to create music. My family. I love driving my Ferraris.
Yngwie Malmsteen

Going to the river on sunny afternoons with the blow up dingys and resting your beers on lily pads.
The Frowning Clouds
Leadfinger is a very strange band, hard to define, but we are free.
Stew, Leadfinger
Scones, savory, sweet I don’t mind
The Wooden Sky

Currently its the Yarra River Trail I’m walking along. Generally my scene would be Melbourne. Nothing feels or compares to home.
Simon McConnell, The Delta Riggs
It’s a delirium, really, but I like to live like this.
Hugo Race