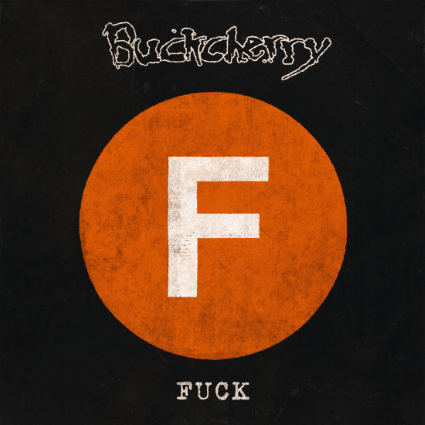 It’s no mystery as to why we’re not hearing BuckCherry’s latest release F*ck on mainstream playlists. If you need a clue, it’s not because the music isn’t up to speed. In fact on a release of only six tracks, at least two are of single quality, and that’s pretty good going.

In the words of front man Josh Todd, only BuckCherry had the courage to produce an E.P. titled F*ck, which includes songs that all have f*ck in the title. The implication behind this then is that the album is genuine (and perhaps other albums by other bands are not).

Okay, Todd has decided that expletives are honest, and mostly there’s no doubting there’s a lot of truth in the theory except when such words are used to shock or to create personae.

BuckCherry has always thrived on its arrogance, air of danger and bad boy image, so this E.P. fits well. Is this an honest production or is the concept more important than the music? Definitely you’ll get more than a hint of Steel Panther piss taking, especially on the first single ‘Say F*ck It’, which is a remake of Icona Pop’s ‘I Love It’.

If ‘I Love It’ was a great song to see off a shit relationship, ‘Say F*ck It’ is even more effective…It says ‘good riddance to bad rubbish’ and flips the bird for good measure. If you need to smile again, have a listen.

All tracks on the E.P. rock really hard. In typical BuckCherry style, the guitar led instrumentals conjure up a sense of ‘what the…?’ and despite the repeated use of the word that sometimes means copulate, the references here are more angry and bewildered than sexual.

The E.P. F*ck, bestows us with anthems for the wronged, heartbroken and disenchanted and after a listen we may just be able to say ‘Yeah…f*ck it all!’