Tell us about your new single ‘Backdoor Man’?

“Backdoor Man” is a song that Fru (drummer), Forgey (bassist), and I wrote during lockdown in covid. It is a traditional blues term, true to form, where you leave for work through the front door and the milkman comes through the backdoor… Our man Slick Rick, and Eileen are the cherry on top!

We, as a collective, have been working on a new track called “Moonshinin’”. It’s a new song that we have added into our live set and it’s spicy* to perform.

A burger with the lot and extra jalapenos*! Coz we damn tasty and will leave you wanting more…

We once had a sound guy who refused help and couldn’t get our foldback working… So we practically played a whole show without being able to hear what we were singing! What a time.

My father, Baz, he’s keeping the blues alive! He hosts a blues radio show every Tuesday AND has a weekly blues club where he showcases Australia’s greatest talents.

January 6th, “Backdoor Man” single launch at the Northcote Social Club. BE THERE!

Hell-raising & rock and rolling is my scene! 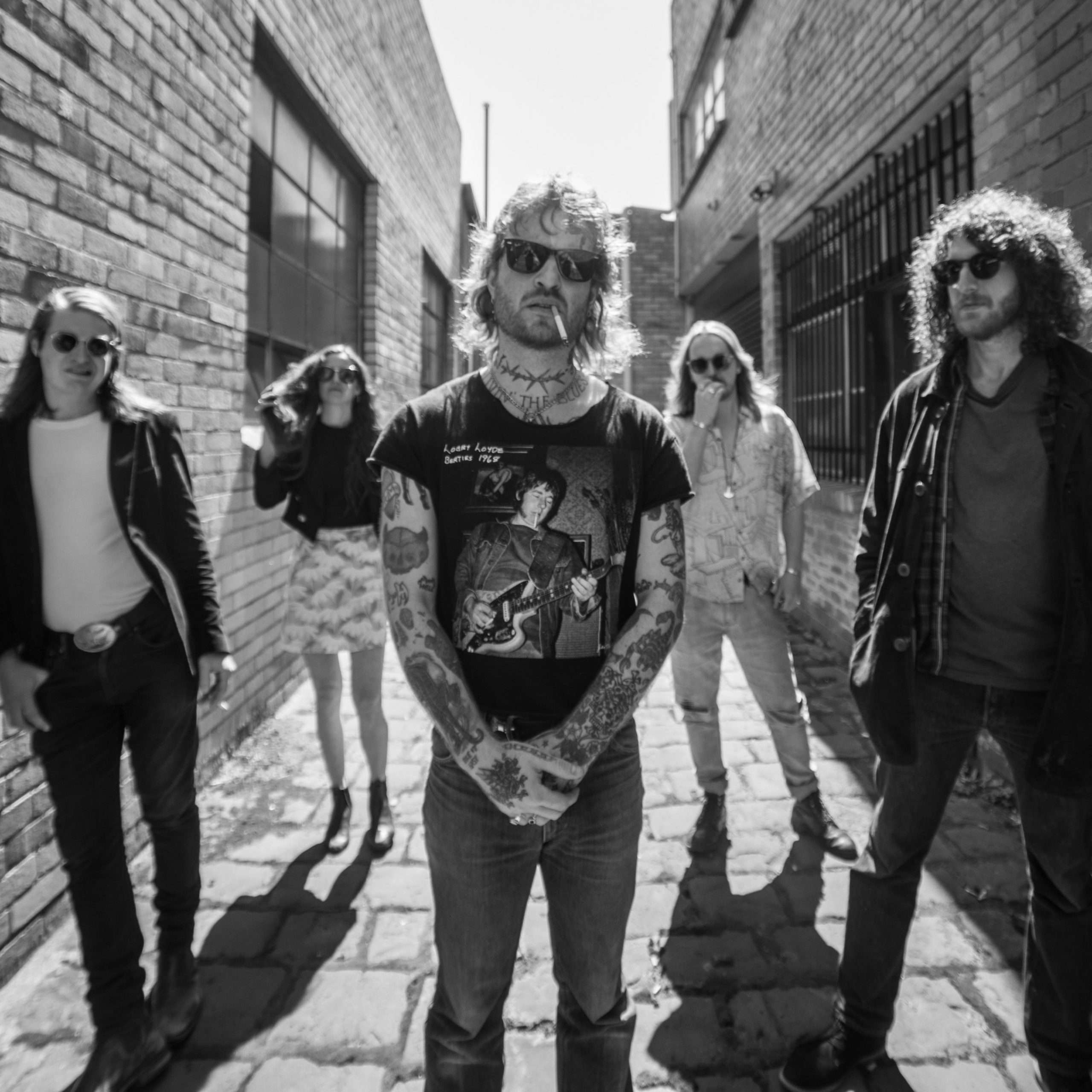 Come and surrender your soul to the blues and grooving magic of the debut single from Willie J & The Bad Books, with Backdoor Man officially out in the world today. An energetic and passionate tune revelling in blues rock with an Australian flavour, Backdoor Man is accompanied by a black-and-white clip shot in a tram and showcasing the entire band doing what they do best. With the band set to imminently head into the studio to record their debut album, Backdoor Man is a sweltering introduction to the Melbourne amalgamation of Motorhead, Jimi Hendrix and Robert Johnson if they hung out in an Aussie pub. Having recently busted out onstage alongside Dallas Frasca in Fitzroy, the band also have a series of shows lined up in December and January, including an official single launch for Backdoor Man locked and loaded for Friday January 6 at the Northcote Social Club.

An energy-fuelled tune paying loving homage to the blues, Backdoor Man flexes its blues and psychedelic grooves alongside raw riffs and nods to the likes of Janis Joplin, Led Zeppelin, Marcus King, Bonnie Raitt and Stevie Ray Vaughan. Recorded and produced at guitarist Rick Steward’s home studio, Backdoor Man also lends its authentic charm to the track ultimately being captured in one take, as Rick himself explains, “I didn’t want it to sound too polished, so I set limitation to the amount of microphones used on the drums, I used old mics on vocals, old instruments and old amps, it was hit in one take with minimal overdubbing. I think it’s important to set limits, most of The Beatles records were done with a 4 track, people forget that. I had my old friend and amazing engineer George Carpenter mix it in Queensland and Joe Carra at Crystal Mastering did the master”. And while the energetic new single showcases the band’s modern take on the blues world, Backdoor Man also directly claims its namesake from an old blues term, as lead vocalist and guitarist Willie J Maxwell reveals, “Back Door Man is an old blues term, true to form, when your lover betrays your trust and sneaks in the milkman when you’re spending the day at work.”

The music video for Backdoor Man brings the boogie-inducing musical stylings of Willie J & The Bad Books perfectly to life, with the energetic clip providing a visual introduction for many to the band via their debut outing, while also capturing the high octane performance on offer from the quintet in a live setting. “Dorothy Yow & Jake Halfhyde came up with concept,” shares Rick of the accompanying music video for Backdoor Man. “We jumped on board the tram at Bighouse Arts in Coburg North and had a fun day shooting it. Will and I had to climb on the roof with our guitars for one shot which was a tad sketchy, I think we both lived out our dreams of an 80’s style guitar solo section on a roof!”. Will shares, “We wanted our first release to be an introduction to the band. It’s about showcasing our energetic selves tearing it up. We hope that the audience can feel the passion and enjoy watching the video clip as much as we enjoyed filming it.”

For all members of Willie J & The Bad Books, music has been an integral and essential part of life. Springing to life during the pandemic, Will first met future Bad Books drummer Fru Parsons while playing on Brunswick Street. Bassist Matt Forge entered the fray following a conversation with Will over starting a blues and rock band. Matt worked with Rick and resident Bad Books boogie-queen, vocalist and organist Eileen Hodgkins – and the rest, as they say, is history. Bolstered by a shared adoration for classic tunes and the organic creative process between the quintet, the official debut single from Willie J & The Bad Books has been a long time coming; but with plenty of shows on the local live circuit up their sleeves, as well as some live clips already out in the world, Willie J & The Bad Books are firing on all cylinders going into the last months of 2022 and firmly into 2023. “We’re all old souls, we want to make music reminiscent of what we love,” shares Rick of the Willie J & The Bad Books ultimate ethos. “We don’t care what genre is popular, we just want to play music that’s true to us. It feels like it’s been a long time coming and it’s super exciting to finally be releasing this single!”.

And if you’re in the mood for some bewitching grooves and searing rock, Willie J & The Bad Books have a special single launch show lined up for Friday January 6 at Northcote Social Club, and a show ready to roll on Saturday January 28 at The Blues Train in Queenscliff, Victoria. As to what we can expect from the upcoming shows? “A lot of boogying, toe-tapping, hips-swinging, hard hitting tunes,” Will concludes. “We bring the rock, you do the roll.”

Backdoor Man is out now! 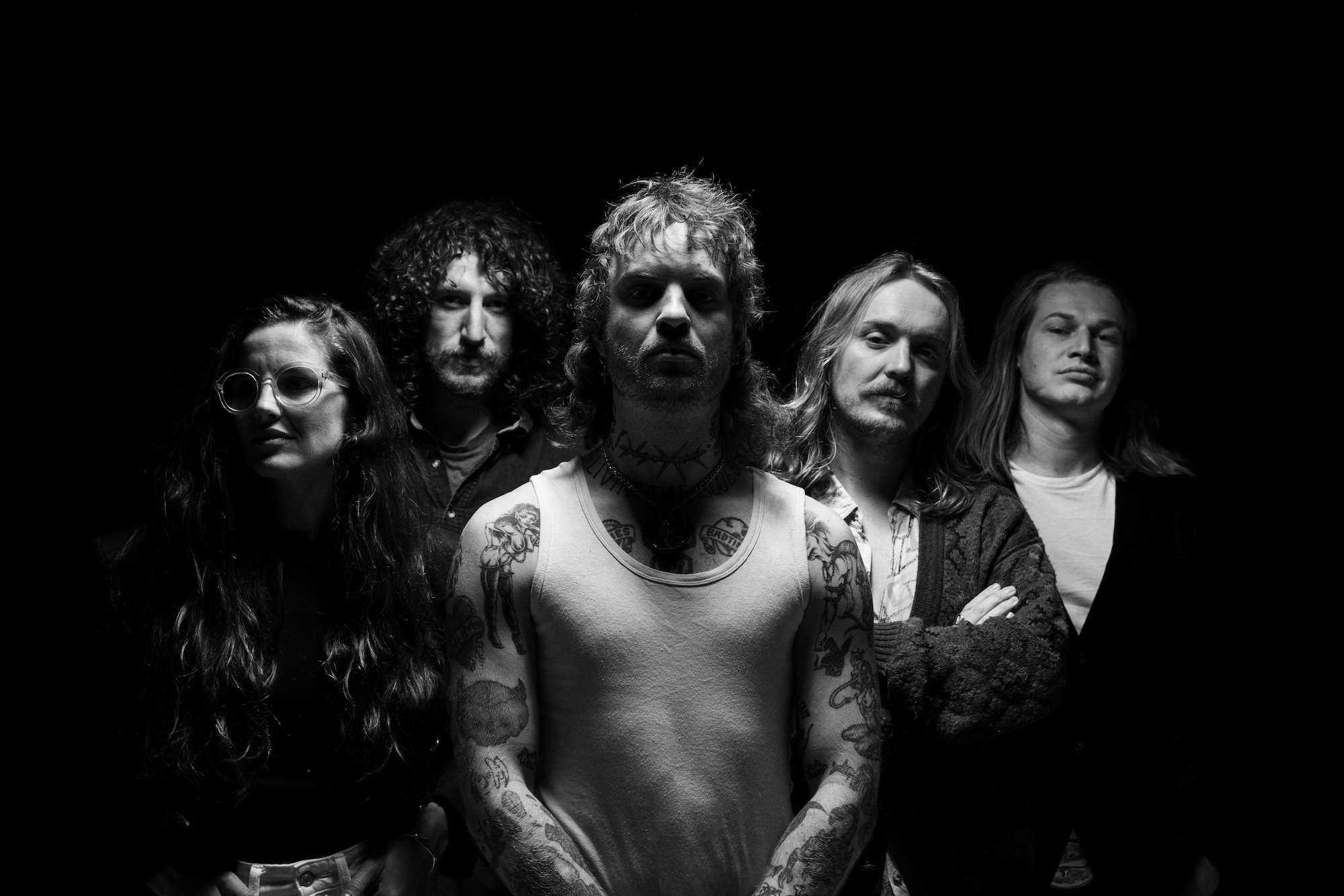 Tell us about your new single / album / tour? This single ‘Gotta Get Outta This Place’ is asong I’ve been wanting to write for a long time but had never really managed to get […]

“When you combine the right songs with the right musicians and an audience that never forgot, it’s like coming home.” – Pete Paphides What started as an unforgettable live experience, and one of the band’s first performances […]

Tegan Voltaire, The Voltaire Twins
The TV show “Full House
World Wild
I don’t wish to belong to any scene that would have me as a member (with thanks to Groucho Marx).
Bob Spencer, Raw Brit
Flanelette pyjama pants.
Timberwolf
If you’re a Max Chillington then you’re our scene.
Gunslingers
I just do my best to live a life full of the things I love. Rock’n’roll, photography, New York City – they are three things right there that I love a lot!
Paul Miles
My bedroom
Nantes
Going to the river on sunny afternoons with the blow up dingys and resting your beers on lily pads.
The Frowning Clouds
Tunes, mates, and honesty. No dickhead policy!
Buddha In A Chocolate Box
Beer, riffs, good people, good food and new adventures, anywhere those things exist, that’s my scene!
Andy, Don Fernando
My scene is at the moment Big Wongs General Tsos Chicken as I get sauce on the keys typing to you :-)
Brian Mackey
When I’m not working in the studio or doing shows I’m at home with my partner and our baby so I guess they are my scene.
Way of the Eagle
What’s my scene? well…
And another thing I’ve been wondering lately
Oh, baby,
Tell me where have you been?
Now the stage is set
Where’s my Juliet, baby?
Is it maybe
My Midsummer Night’s Dream?
What’s my scene?
Clowns
I’m in with the Out-Crowd
Dave Warner
Any scene with Al Swearangen & Mr. Wu from the show Deadwood ;)
Mathas
Right now it’s a room with no lights on. An unmade bed. A laptop with 9% battery and a mosquito that just refuses to die.
Dave Larkin, Dallas Crane
It’s beards.
Nathaniel Beard, The Beards
Anyone who welcomes a hairy, gold wearing, hot air blowing idiot to a dinner table is my scene.
Henry Wagons
Yass KFC
Simon, Loon Lake
Sitting in the sun, in a nice chair, with a good book.
James Reyne
My scene is Brunswick. I love it. It provides me with just about everything I need.
About Charlie Marshall
Cool small bars with good food, good wine, good company
The Backsliders
Our scene is in the city of Bath, a small city with a very big musical identity, we play the British festivals and I am also in the ’choirs scene’. We are also in other bands for fun, music all the way, roll on summer!
Su Hart, Baka Beyond
The Astor Theatre on chapel st. Old cinema with copious amounts of atmosphere playing classic films (Chaplin, Gene Kelly, Kubrick, etc) and me with a honeycomb choc top spilt on my Tshirt because that’s just how I roll.
Jude Perl, Comedian
Fuck the Fucking Scene question! xo
Fuck The Fitzroy Doom Scene
Our gigs have an air of danger and sex. Beautiful women are free to express themselves and are as dangerous as hell. Everybody can have a good time ’cos there’s a lot of love in the room and we just can’t help but stomp out that primeval swamp boogie ooze.
Chris Russell’s Chicken Walk
I am a simple man. My scene is simple. I like playing metal and spending time with my family.
Waclaw ”Vogg” Kieltyka, Decapitated
World/folk. Acoustic and proud of it!
Ilana Cravitz, The London Klezmer Quartet
Anywhere there is good company, great conversation, and a glass of red.
Helen Perris
My scene is finding any excuse to dance with my 2 year old daughter Ruby.
Matthew Hardy, Comedian
My scene is a Punk-hardcore scene or an underground, minimal electronic scene, something grungy – where everyone is wearing black. That’s my vibe; don’t go out until 11 when all the other vampires come out and go home when the sun comes up at 7. Oh shit. Creatures of the night.
Greg Puciato, Killer Be Killed & Dillinger Escape Plan
The car wash scene from Cool Hand Luke will do just fine thank you.
Old Gray Mule