After securing airplay on Triple M and Triple J off the back of the release of their EP ‘I Know A Place We Can Love’, White Summer gained momentum in the local and national scene and secured support slots with such acts as HOLY HOLY, DMAs and KINGSWOOD. [pullquote] “That chorus! It’s heavy like a cataclysmic avalanche.” – Dom Alessio – triple j[/pullquote] After two EP’s and Double A-Side releases, the guys have had their eyes set on displaying a complete body of work, their debut album. “Zero In Tennis” is the lead single taken from the bands forthcoming debut album due early 2018 and was recorded at the Grove Studios with acclaimed producer Burke Reid who has worked with the likes of Peter Garrett, Sarah Blasko, Courtney Barnett and DZ Deathrays.   “This is big blues at its theatrical best, with all the light/dark contrast and the sensationalised   build-ups clearing only for inevitable emotional explosions” – Rolling Stone
https://youtu.be/aoQUynhff8U
‘Zero In Tennis’ Single Launch Shows:
Friday 28th July 2017
Yah Yahs, Melbourne VIC
Supporting The Cherry DollsFriday 25th August 2017
Cherry Bar, Melbourne VIC (single launch)Saturday 2nd September 2017
Frankies, Sydney NSW (single launch)
Connect with WHITE SUMMER online:
Facebook | Bandcamp | Unearthed 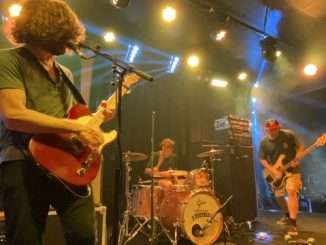 Leadfinger is a very strange band, hard to define, but we are free.
Stew, Leadfinger
Cool small bars with good food, good wine, good company
The Backsliders
Currently, I’m completely enveloped by writing my book; trying to complete the manuscript for my tome.
Jeff Duff

Well I’m still looking for my scene, and I think I might have found it. Between the pages of What’s My Scene Magazine.
Dave Faulkner, Hoodoo Gurus
My bedroom
Nantes

My scene is driving fast cars and shooting guns.
Ace Frehley
Cool venues with good beer on tap that don’t mind us getting loud and getting room grooving so hard you feel the floor shaking.
Papa G and The Starcats