Tell us about your new single/ album/ tour?
The latest tour is so minimalist that I’d hesitate to even call it a tour. I have joined up with the East Coast’s paragon of musical excellence, Ben Rogers, and his rockin’ outfit Instrumental Asylum, to do one gig only at the funkiest venue in Melbourne of his choosing. And the winner/loser (delete where necessary) is….the Lyrebird Lounge in the curiously named suburb of Ripponlea on everybody’s night of nights, this Easter Saturday.

What’s your favourite work at this point in time?
My fave is a little number called The Wrong Man on my criminally underrated album Walking Through Cobwebs which is released under the moniker Pillbox. Intrigued? Fascinated? A little irritated? Then, maybe come down to the Lyrebird and have a chat and I’ll fix you up with one.

Tell us a quick, on the road or studio, anecdote.
Sadly, nothing exciting has ever happened to me on the road or in the studio. Except maybe that time Jim set my pants on fire at Gobbles, or when the guy from Painters and Dockers joined us on stage naked, or when I spent 5 hours of studio time searching Fremantle for the engineer’s dog. The most impressive, though, would have been the time when, on our opening number at some place, the curtains opened, the band kicked in, I leapt 3 feet in the air to strike a killer chord on the Fender Rhodes ala Pete Townshend pretending to be Keith Emerson, and the keyboard legs collapsed, sending metal tubes, and a myriad of ivories from one end of the stage to the other. Luckily, my recorder playing salvaged the rest of the night.

What, or who, inspires you?
My Mum, who endured and endeared in equal measure, and pretty well anyone who is true to themselves, defies all odds and is kind to others.

Which song do you wish you wrote?
Things The Grandchildren Should Know by the Eels. Which is interesting, because it’s almost not a song, but is quite brilliant.

How would you describe your sound in food form and why?
Slightly crunchy with a curious aftertaste.

What’s next for you?
Physical prep for my Minimalist Tour 2017, starting with a quick laydown.

Phil is an award winning singer/songwriter/keyboard player and has been a familiar figure in the Western Australian music scene since the 80s with his original bands Helicopters, Love Bites, and currently Pill Box. Phil is an extreme Rolling Stones enthusiast, and his shows usually include interpretations of a few Stones classics. 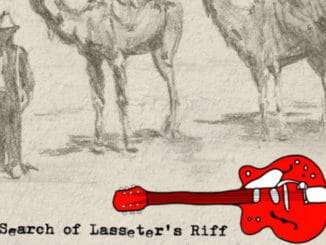