Tell us about your new show?
I’m singing a real mixture of material. We are covering a vast terrain and it’s a great stretch for me vocally. I’m singing with a brilliant group of musicians. Songs by a lot of famous women singers: Lana Del Ray, Amy Winehouse, Nina Simone, Janis Joplin, Patti Smith… I’ve been singing chick songs since time began, long before the gender binary thing became so fashionable.

Oh and there are songs by famous dudes too.

What’s your favourite work that you’ve done at this point in time?
In thirty six years of work that’s a big question to answer. I’m one of the lucky ones in that I’ve had remarkable opportunities thrown my way and I haven’t had the burden of fame to deal with. My work with Barrie Kosky, working on the feature film Head On. Playing Malta arts festival last year, doing my play about my Maltese grandmother Angela there in Malta- that was a highlight. Mostly though I’d say playing the MC in Cabaret last year!

Tell us a quick, on the road or studio, anecdote.
I was on stage in Lismore and I was channelling Judy Garland and I felt her presence onstage and she wasn’t happy with me doing her or trying to be her and this disturbed me.

What, or who, inspires you?
What inspires me are people who are real and not afraid to speak their truth, never hurtful, always direct and frank but never mean: Miriam Margolyes inspires me.

Which song do you wish you wrote?
Perfect Day by Lou Reed

What’s next for you?
Three giant nights at the Memo Hall in St Kilda with a quality live band singing a bunch of great songs and after that having a lay down and a good cry.

What’s your scene?
My scene is hanging with clever people and having real conversations with close friends but quality time alone to restore my tired batteries is a must. 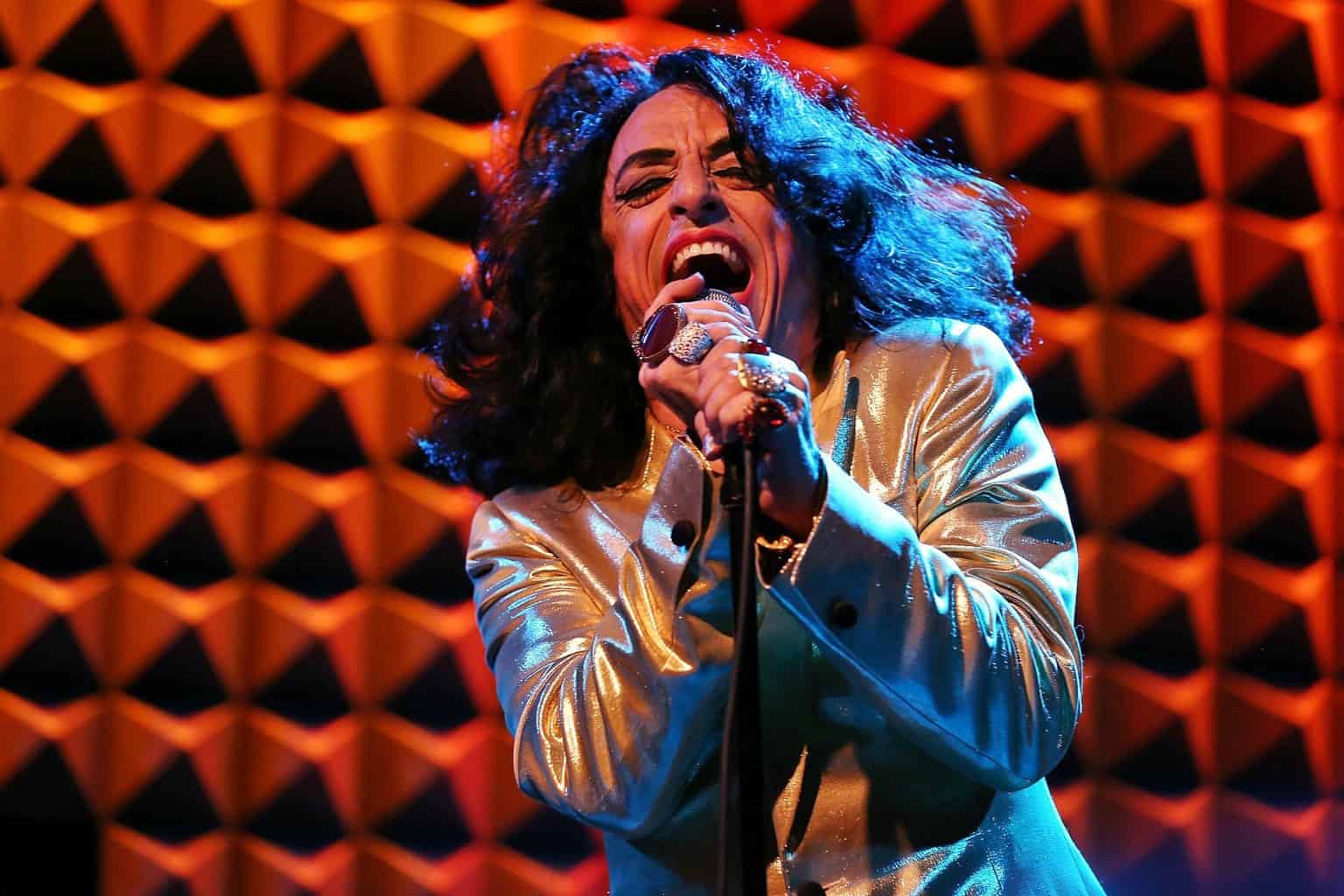 Revisiting songs from musical theatre shows in which Capsis recently starred – Cabaret and The Black Rider plus some unearthed gems…..
These songs are remade and delivered in Capsis’ own unique style: a blend of gender bending scorching torch rock n roll. These shows are a strictly limited season at one of Melbourne’s best live venues.

Capsis up close and personal with a kick arse live band.

Tegan Voltaire, The Voltaire Twins
Our scene is folk that are interested in change. Not just music, but breaking the norm, the boundaries and stereotype of Australian ’rock/pop’ music. Unpredictable, the question marks, the new jokers in town. Don’t Believe The Haze.
Slumberhaze
Beer, riffs, good people, good food and new adventures, anywhere those things exist, that’s my scene!
Andy, Don Fernando
Flanelette pyjama pants.
Timberwolf
Well I’m still looking for my scene, and I think I might have found it. Between the pages of What’s My Scene Magazine.
Dave Faulkner, Hoodoo Gurus
Comedy, surreal show girls, burlesque and theatre
MC KREWD
Act III, Scene VI of King Lear. A tense and gripping scene wherein the ageing king informs his three daughters that they have all been accepted as contestants on Family Feud.
Ben Pobjie, comedian
I just do my best to live a life full of the things I love. Rock’n’roll, photography, New York City – they are three things right there that I love a lot!
Paul Miles
Scones, savory, sweet I don’t mind
The Wooden Sky
My scene is driving fast cars and shooting guns.
Ace Frehley
All the wandering. The bastards and the angels. The sound of the rain and the pains of the heart. The silence. All the houses and all the rooms. All the keys and phones.
Raised By Eagles
World/folk. Acoustic and proud of it!
Ilana Cravitz, The London Klezmer Quartet