The opening track sums us up: it’s fast and furious and political and punk. Tony roars through this one calling out sexist double standards in society. It’s also a homage to the Suffragettes and all the women who’ve fought for women’s rights. The breakdown is a massive diversion and was written in the studio. It was inspired by cinema and Ennio Morricone. Andrew busts out some Dave Gilmour inspired noodling for good measure.

This is the Glitoris anthem. The Glitoris Policy. It’s a massive, symphonic rock epic with a string section, all about how women have to work ten times as hard as men to be considered equal. We bust out our four-part harmonies and massive guitars on this one. We wanted it to sound a bit like Rammstein. We met Tim Wickham and Alex Voorhoeve from the Canberra Symphony Orchestra at the New Zealand Fringe festival and they performed with us for a couple of nights. It sounded so good we went back into the studio and recorded the strings.

This is another anthem – a bombastic, Queen / Joan Jett inspired track about not giving a fuck what anyone thinks of you and just being who you want to be. There’s also some Canberra pride in there too because we’re always mistaken for a Melbourne or Sydney band. The rhythm is made up of a lot of found sounds that Andrew and Tony recorded at Jay’s studio in Marrickville. There’s not much actual drums – it’s a door slamming and a broom brushing and the snare is actually a shopping trolley!

This is about Western political apathy and how most of us are too busy consuming and drinking soy lattes to be bothered about human rights crises in the world. We’re in 2018 and people are still being executed. This is a classic Glitoris short-and-sweet punk belter but it juxtaposes hard facts about executions with a doo-wop chorus because that’s the reality of our apathy – no-one wants to hear about human rights crises, they want to put their fingers in the ears and go ‘la la la la la’.

This is about the shocking over-representation of Aboriginal youth in the criminal “justice” system and police brutality. We don’t know anyone who wasn’t horrified by the ABC Four Corners documentary ‘Australia’s Shame’, but it dropped out of the public consciousness and there’s still been no accountability. It’s inspired by Anarcho-punk and hardcore – Crass and Big Black. Malcolm and Andrew scream the vocals and play this really funky Rage Against the Machine-style break while Tony’s drums just rooooaaaaar!

Our ode to ourselves and road rage and how the patriarchy are trying to keep us down. Three quite different topics brought together in a meltdown of clown metal and absurdity. Our mix engineer, Clem Bennett, thought the chorus vocals were rubber chicken samples. He was like ‘are you sure about this?’ And we were like ‘we’re more certain about this than any other track on this record.’ It’s pure Glitoris and a Gliterati favourite.

The story of a machiavellian anti-hero who roams the land searching for sweethearts to bless with his divine nectar. It’s about entitlement and there’s a subtext about how it’s still fine and even heroic for men to be promiscuous, but for women…? Keven 007’s vocals are a highlight on this one – soaring and epic. It’s a live favourite too. Malcolm and Tony like to get down and grind out the rhythm. We love singing the four-part harmonies and Andrew plays an epic guitar solo, which sounds like an ejaculation.

This is a band favourite ‘cos it’s got it all: huge cock rock guitar riffs, a journey into space and a drum solo the velocity of the entire universe. It’s about our quest to destroy space junk. We dedicate this track to the Canberra Deep Space Communication Centre with a rap by Keven 007 in the style of Columbia from the Rocky Horror Picture Show. This one was a really fun one to write and record and Clem put all these spacey sounds on it in the mix!

Set against a classic Oz-rock backbeat and guitars, this one was written about the appalling treatment of refugees on Nauru. It’s got a really tense, slow-burn intro and Tony sings this one as a call-to-arms. We worked on this one a lot at writing stage and it came together in the studio really well. The breakdown is really moody, but punchy and political. It was inspired by Midnight Oil and early U2.

Exactly the thing you don’t want to know about your Mum. This is a really, really, unfortunate story. It’s also a classic Glitoris punk rock number with garage-y guitars and gang vocals. The song is just over a minute, which is probably for the best. We didn’t want to dwell on it.

Lose yourself and dive into the depths of that glittering undertow, the one, the only, big….’O’. This is a live favourite and always goes down well. It’s all about Keven 007’s glorious, smouldering vocals that seduce the listener before breaking out into a trashy punk belter. It then comes back for more sultriness with a four-part harmony break and Andrew’s guitar solo. It’s our theme song.

This is the sound of Glitoris raging against the system. It’s a clown metal, circus style track with full-on rants from Tony and Andrew. One verse is blank so if you’re listening and angry about something, you can rant in the break! Who knows what happened to Kevin 007 in the final verse, but she’s obviously quite upset.

A dark, epic anthem. This is the song we usually finish our set with at shows – with a raised fist. It is the sound of female existential crisis. Each verse deals with a different issue – workplace bullying, body image/shaming and violence – all of which can be horrific and destructive and even fatal in the extreme. It resonates because most women can relate to it. Andrew belts this one and it just slowly builds into this raging sludge metal finale.

THE POLICY is out tomorrow 2nd November, but you can also stream it … 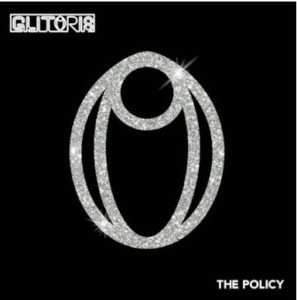 “Exciting, energetic and entertaining, the group are brimful of musicianship, savage wit, charisma and confidence.” – The Music

Tell us about your new EP ? It’s called “I Know A Place We Can Love” EP and was recorded at the Grove Studios in Somersby NSW with producer Burke Reid (Courtney Barnett, The Drones, DMA’s, […]

Tell us about your ‘Wherever You Go’ Single?  Wherever You Go was written by our singer Will, and was recorded in Housefox Studios in 2019 by Lachlan West. It’s basically about saying goodbye to things […]

Currently its the Yarra River Trail I’m walking along. Generally my scene would be Melbourne. Nothing feels or compares to home.
Simon McConnell, The Delta Riggs
It’s a delirium, really, but I like to live like this.
Hugo Race
If you’re a Max Chillington then you’re our scene.
Gunslingers
Deep 70s disco, wonky synths, shady lyrics, fairy lights and cheap wine.