How did you start out in music?

Ever since I was little I have been interested in music, particularly singing. I started singing lesson in Darwin when I was 10 years old, guitar at 13 and song-writing since I can remember (if you can count a 3-year-old singing about their Spiderman doll as song-writing that is).

I have been very lucky with the opportunities I’ve received to preform and develop.  In Darwin it seemed like there was a festival or event happening every weekend and I found myself frequently singing in the school choir or as a soloist.  I remember once having to take a milk crate out into the middle of the national rodeo just so I could stand on it to reach the microphone to sing the National Anthem.

More recently I have been blessed with fantastic teachers, especially Mr Will Conyers, Caleb Garfinkel and Harrison Dale.

2016 has been massive year for me where I have won two battle of the bands as a solo acoustic musician, this led to me opening the Ballarat Beer Festival and from there I have had a pretty constant stream of gigs and festivals including a corporate gig at Etihad Stadium.

At 16 I am still only starting out and trying to make sense of the music industry, it’s a bit daunting but a lot of fun and I can’t wait to see what happens next.

Tony Joe White is a huge inspiration to me as he is able to let his personality shine through his song-writing. I believe this is a very rare and beautiful skill that hopefully I have been able to adapt and incorporate in my music.

Blind Boy Paxton is also one of my biggest inspirations as he creates a close friendship with his audiences. When I saw him live I was blown away by how he could create that kind of connection with complete strangers some of who (like myself) had never even heard his music before.

Last but defiantly not least my biggest inspiration is my little sister Laura (though I would never say tell her that), Laura has never once followed the crowed or pretended to be someone else even though at times it would have been convenient for her to do so. She is incredibly kind and accepting and I am extremely proud to call her my sister and I strive to be as open minded and true to myself as she always has been.

Popcorn – it’s bouncy while cooking, a little all over the place, fun and best eaten with friends.

Roosevelt and Ira Lee by Tony Joe White because you can’t help but get into it, bop your head along and smile at the lyrics.

How did you feel when you were announced as a finalist?

A little stunned, but happy I had a reason to put off doing my history homework.

In less than five words, convince the readers why they should vote for you.

I have a gig on the 14th of October with the Ballarat SongWaves festival, will be supporting the Drowsy Maggies at their album launch at Suttons House of Music on the 11th of November and have a support gig with Tim Hulsman at the Babushka Lounge on the 16th December.

Intimate venues where the audience and I can develop a friendship and have a really fun time together.

From Ballarat, Anna (16) has been writing music for four years, her styles include alternative folk, indi, country, blues and Jazz; her original music has quirky and insightful lyrics with a sharp and occasionally dark reflection on growing up in modern society.

In the last 12 months Anna won “Home Brewed” – an open age battle of the bands resulting in her opening the 2016 Ballarat Beer Festival on the same program as You am I, Dallas Crane and Kylie Auldist, and the Ballarat Push Start Battle of the bands as a young female acoustic soloist.

2016 has been a very busy year for Anna balancing her year 10 studies with invitations to perform, singing for three of her school bands, creating her own music and finding time to chill and just be a teenager.

For more information about the Bank of Melbourne finalists, visit Scene News. 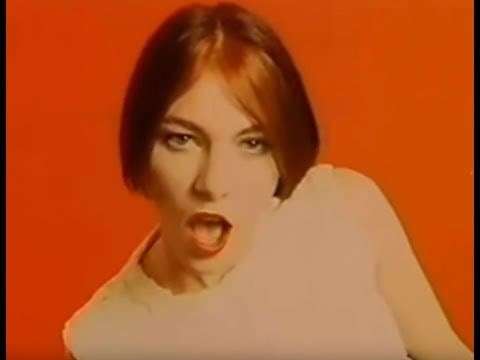