Probably the track Sidewinder stands out as a very strong song and production – that song was literally written in 5 mins in a streak of inspiration and mixed by the amazing Bob Clearmountain on the Sidewinder album. Although playing on Transpacific with my guitar idols Eric Gales and Dave Hole is right up there too.

Well, the guitar on the cover of Transpacific Blues Vol.1 is my prized 1961 Gibson SG Custom – it was to be the guitar used on the whole album and my pride and joy.  However, on the first day of tracking in the studio, as I wrangled my headphone cord around its guitar stand, it started to fall forward off the stand – it smashed straight down onto a hard concrete floor and cracked the neck.  It was unplayable.  I was inconsolable.  However, I had brought into the studio another guitar that I wanted to show the engineer (as he is a guitarist and it is such a cool guitar) – a Gibson es335 Lemonburst.  So, I plugged that guitar in and it happened to be the best sounding guitar I’ve ever heard in the studio – so I used it for the whole recording – in fact I have been using it on the road ever since.  Amazing guitar.

And I managed to get the 61 fixed too

Now that’s a cool question.  Maybe I’ll say Steak and Chips. Heavy and satisfying at the same time, always top of the menu and something you can keep coming back to. I’m hungry now!

Music inspires me everyday – whether it be Stevie Ray Vaughan, Pantera, Beethoven, BB King, Metallica, ACDC, Eric Clapton – it doesn’t matter – if the music grabs me it inspires me and makes me even more motivasted to create original and new sounds.

That would be a tie between “Under Pressure” (Queen/Bowie) – two of the best pop and rock songwriters of all time and the classic Mark Knopfler / Dire Straita song “Romeo And Juliet” – I love Knopfler’s guitar playing and songwriting and I am a sucker for a ‘story’ song.

Writing songs for the next original album and thinking about different production techniques that can make it sound different – hopefully I will be in the studio within 12 months to start work on it.  Also, I need to start thinking about who will be on the next Transpacific album.

Blues man – totally blues.  Blues Festivals are great, I love being a part of that.  But sometimes, when I need a pump up, I’ll drive my car and crank some 90s heavy metal to get my blood going. 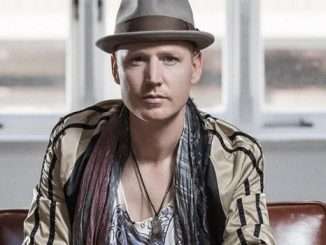 Scene News: Raised By Eagles release third album, I MUST BE SOMEWHERE, and announce tour!

Scene News: Thomas Wynn and the Believers convert rock, country and folk into their own unique sound with new album Wade Waist Deep