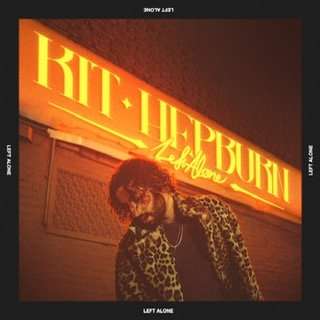 Tell us about your new single?
left alone is A hazy, downtempo track pulling from electronic, lo-fi and r&b elements. I wrote, recorded and produced it during lockdown last year, what an epic time. It’s a song inspired by late night drives through empty city streets, and lyrically references feelings of heartache, longing and being stuck in a place you need to move on from.
What’s your favourite work at this point in time?
At this point in time, the work that I’m most proud of is for sure left alone, and the music video that accompanies it.
It’s an emotive track with a nocturnal atmosphere and sensuality to it, and I think it’s a really honest portrayal of the way I was feeling at the time I wrote it. Instrumentally I think the sound palette of reversed piano notes, ethereal vocal samples and a healthy amount of bass, paired with a hushed lead vocal work really well. I produced, wrote, sang on, mixed and mastered the track all myself, so it’s super rewarding to put it out into the world!
How would you describe your sound in food form and why?
Like chilli-dark chocolate. It’s rich, sweet and warm, with some complex notes, often suited to an after dark setting.
Tell us a quick, on the road or studio, anecdote.Years ago, my focus was on producing solely. The night before the first live show I would ever play, I decided that I wanted to try singing. I had a 40 minute set, and no pre written songs, so overnight I had to come up with a bunch of material that would work. The hour before going on stage was one of the most nerve-wracking times ever, but after jumping up and singing my own songs, I didn’t look back!
What, or who, inspires you?
I’m inspired by so many different things. I think when you’re in a creative field you take in as much as you can from all angles of life. I’m inspired by people I meet, stories I hear, and things I experience.
Musically, some of my biggest inspirations are Radiohead, J Dilla, Kanye West, Frank Ocean and Gorillaz to name a few. When I write a song, it’s almost always an expression of where I’m at in my life at the time, what I’m experiencing, how I’m feeling. I try to distill whatever that feeling is, and express it in the most honest way possible.
Which song do you wish you wrote?Nights by Frank Ocean. When I first heard it in 2016 it blew my mind. The way the guitars are recorded. The phased progression of the track, the intricate instrumental arrangements, the lyrical storytelling and of course the legendary beat switch all make it such a great track.
What’s next for you?
Right now I’m finalising an EP that I’m planning to release later on in the year. I’m also getting ready to start playing live shows with a brand new set! Stay tuned – there’s gonna be a lot more coming real soon.
What’s your scene?
After dark, late night drives, neon lights and technicolour moments.
Enigmatic lo-fi master KIT HEPBURN has today announced his hazy new single left alone, an entirely self-produced track that draws upon ambient soundscapes and R&B elements, and feels particularly representative of the shutdown the world experienced in 2020 due to COVID-19, out now.  The dark, brooding song is accompanied by an appropriately moody video clip, made in collaboration with filmmaker Lucas Haynes.
left alone really does feel like an auditory response to the isolation and loneliness experienced by millions during the coronavirus lockdowns across the globe.  Gentle electric piano and dreamy beats push this song forward with slow assertion, as KIT HEPBURN’s voice floats dreamily amongst the atmosphere.  Exploring heartache and the desire for closeness whilst feeling adrift in a relationship, Kit Hepburn offers insights into the inspiration behind the song, saying, “I was living on my own during lockdown, which was a blessing in some ways and a curse in others.  I wasn’t able to see any friends or work, so I’d just spend my nights driving around real late.  There’s something about driving around late at night on empty roads that feels otherworldly, particularly at that time.  I think that feeling is in the song for sure…this song is an expression of wanting closeness, but also having walls up.”That eerie feeling of driving around late at night on empty streets is perfectly conveyed in the film clip for left alone.  The video feels a little trippy, but scenes of night-driving and streetlights are identifiable – it’s like a visual reflection of the uneasiness of this act.  Driving around late at night can often make one feel as though they’re the last person on earth – and this video captures that brilliantly, as KIT HEPBURN reflects, “We wanted to capture that feeling of being lost at night on the road.  So Lucas, myself and the crew jumped into a bright green convertible and started driving around real late, getting footage on an old VHS camera.  It was very in the moment, but I think we captured something special.”

The self-sufficient artist, originally from regional Victoria but currently based in Melbourne, wrote, produced, mixed and mastered left alone entirely by himself during Melbourne’s extended lockdown, as he says, “It feels so good to be releasing left alone.  I was obsessed with getting this song just right, so it feels good to be finally sharing it with the world and getting it out of my bedroom.”

left alone is out now

Tell us about your new single Ride? It’s a song that takes you on the journey of a band who is punching forward towards everything they’ve worked for. Basically the song is our message to […]

Tell us about your new single ‘21’? 21 is about changing and growing into yourself as an individual and young adult, and being bloody terrified in the process. I realised that I had been running […]

My bedroom
Nantes
I think my style is more just making cameos in everyone else’s scene.
Mojo Juju
Leadfinger is a very strange band, hard to define, but we are free.
Stew, Leadfinger
My scene is Brunswick. I love it. It provides me with just about everything I need.
About Charlie Marshall
The beach. Tea with gin at your grandparents house. They have the best stories.
Betty & Oswald
I am a simple man. My scene is simple. I like playing metal and spending time with my family.
Waclaw ”Vogg” Kieltyka, Decapitated
Fuck the Fucking Scene question! xo
Fuck The Fitzroy Doom Scene
Right now it’s a room with no lights on. An unmade bed. A laptop with 9% battery and a mosquito that just refuses to die.
Dave Larkin, Dallas Crane
What’s my scene? well…
And another thing I’ve been wondering lately
Oh, baby,
Tell me where have you been?
Now the stage is set
Where’s my Juliet, baby?
Is it maybe
My Midsummer Night’s Dream?
What’s my scene?
Clowns
Deep 70s disco, wonky synths, shady lyrics, fairy lights and cheap wine.